YOUR HEALTH: A new stent that’s literally a big deal 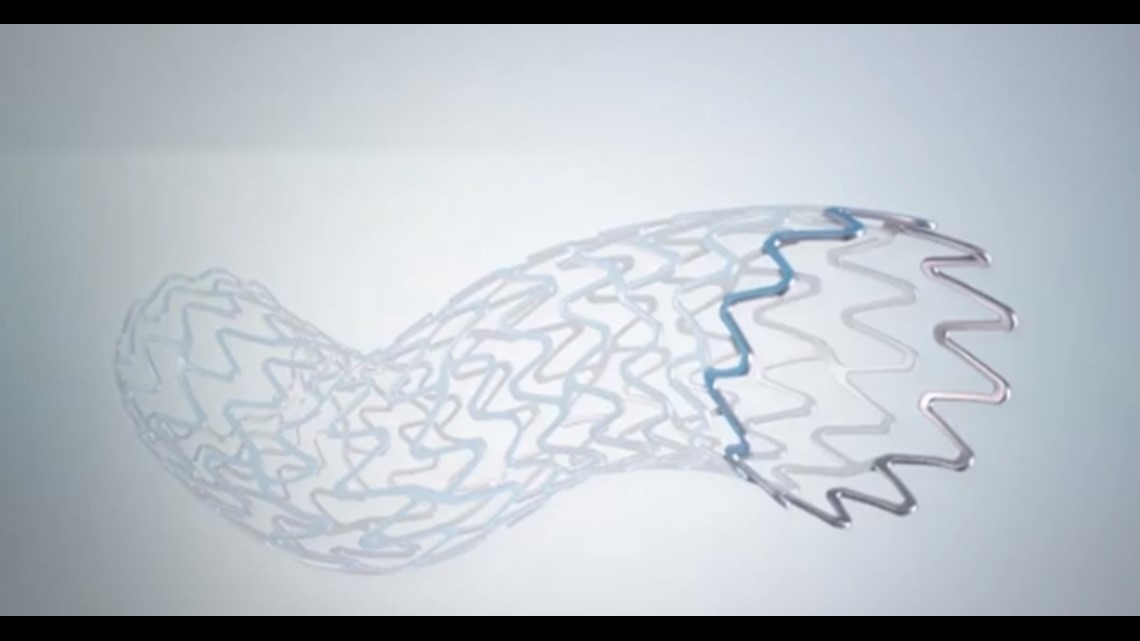 Stents have become a lifeline for the millions affected by coronary heart disease and now a new stent, with a pretty powerful name, is helping to save even the most difficult-to-treat patients.

“There are a lot of things we can fix these days that we couldn’t do before,” said Dr. Salil Patel, cardiologist at Baptist Heart Specialists in Jacksonville, Florida.

Stents have helped doctors “fix” a lot of things.

It is a mesh tube inserted into the wrist or groin through a catheter that creates a scaffold to open blockages in narrow arteries.

But there are larger vessels in which previous stents could not be used.

“Ten, 15 years ago, as patients, they would have had no options,” Patel said. “And in fact some of these patients, we actually, we actually refer them to hospice.”

Patel says a new stent, the Megatron Synergyis able to do what other stents can’t, built specifically for large coronary arteries closer to the aorta.

“These arteries, where there’s a lot of calcium, sometimes it’s hard to fully dilate the artery and get these stents to dilate,” Patel said.

Made of platinum aluminum chrome alloy, it is stronger and shows up more clearly on imaging, helping doctors place it more precisely.

“It can be extended to six million meters, which is quite significant. Because we have some of this technology, and with these new techniques, we are able to do some of these procedures. Whereas, in the past, we wouldn’t even try it,” Patel added.

Stents are permanent and should last forever.

Plaque buildup can return to the area inside the stent, but this only happens in ten percent of patients.

Patel says that with each new stent and technology created, the recurrence rate goes down.

In a studyStanford Medicine researchers compared new stents, guided by FFR, with bypass surgery in patients who had three blocked coronary vessels.

The patients, whose average age was 65, were randomly divided into two groups, with 757 receiving the stents and 743 undergoing surgery.

During the bypass procedure, doctors take a healthy blood vessel from the patient’s leg, arm, or chest and stitch it above and below the blocked artery to create an open channel.

In the stent group, the incidence of a major complication such as death, heart attack, stroke, or need for further surgery was 10.6% after one year.

Among bypass patients, the rate was 6.9%, however, when the need for a repeat procedure was taken out of the equation, the numbers were more aligned at 7.3% for stents versus 5.2% for bridging.