YF-118G: the surprise stealth fighter you know nothing about 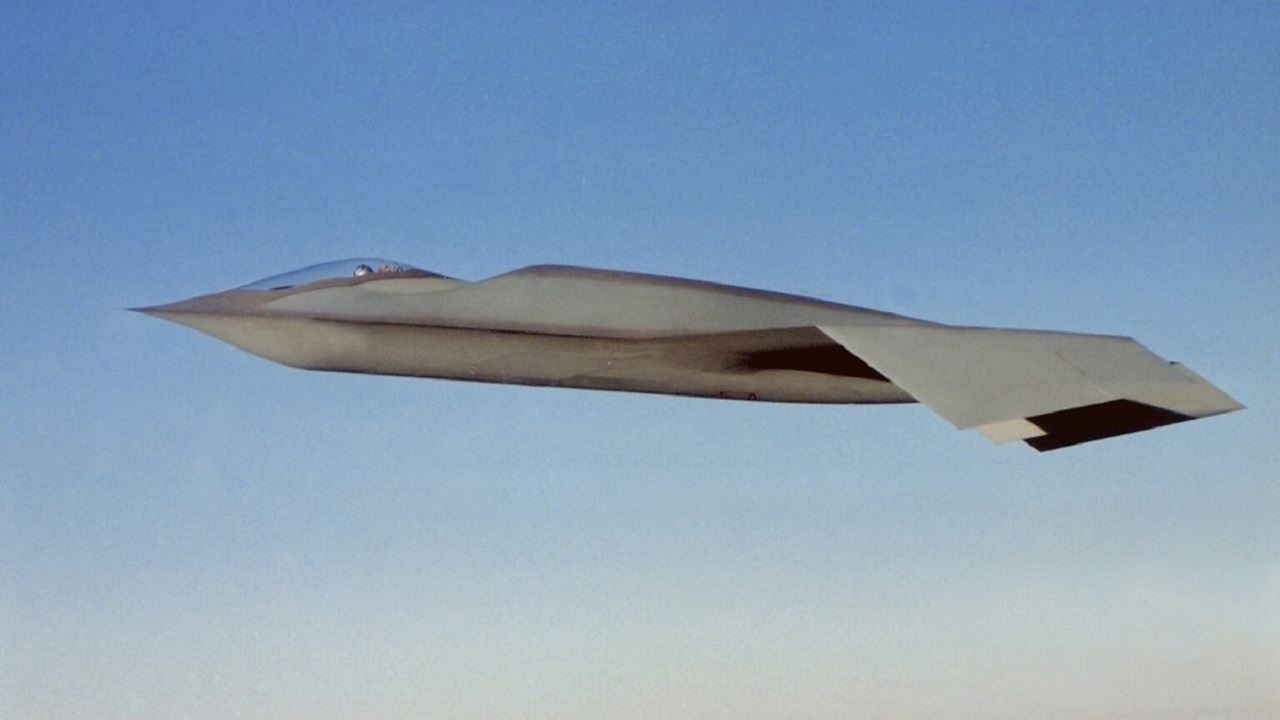 For the past few decades, stealth technology has dominated the aviation and thinking of the US military and other nations. And yet, there is a stealth aircraft that is quite important but that very few people know about. Check out the YF-118G – and she’s not from Star Trek: Until star trek debuted on NBC on September 8, 1966 – eventually becoming a touchstone of international pop culture – spaceships were almost always depicted as “flying saucers” or “rockets”. The USS Company (NCC-1701) was unlike anything else seen in science fiction, and more importantly, it was actually a spaceship.

Although no man-made craft has come close in design to what is arguably the most famous sci-fi spacecraft (sorry Millennium Falcon ventilators), another profession of star trek seems to have been at least “inspired” by the series.

It would be the Boeing YF-118G, a black project aircraft that was developed to demonstrate stealth technology. Created by McDonnell Douglas and Boeing in the 1990s, it was soon dubbed “The Bird of Prey”, due to its passing resemblance to the fictional Klingon spacecraft that was seen for the first time in the movie Star Trek III: The Search for Spock, and who later made guest appearances on TV shows Star Trek: The Next Generation.

A point of contention between some is whether the fictional bird of prey was actually of Klingon descent, as some fans have pointed out that the contraption is actually Romulan.

The “original” Bird of Prey was a Romulan warship that makes its first appearance in the first-season episode “Balance of Terror”, and was seen again via recycled footage in the second-season episode “The Deadly Years”. However, in the third (and final) season of star trek (The original series), the Romulans have been seen using Klingon D7 cruisers. Rumors continue as to why, and the likely answers are that prop designer Wah Ming Chang worked from home due to union restrictions, and the original Bird of Prey model disappeared after initial filming. The other half of the story is that the change was made courtesy of Aluminum Model Toys, who produced the D7 model.

The name Bird of Prey was later used to identify the Klingon warship that was first seen in Star Trek III: The Search for Spockand which was the ship that Captain James T. Kirk and company used to transport whales in the 23rd century in Star Trek IV: The Journey Home. The exact size of this ship has baffled fans for decades – as it appears to be a small boat that may be tucked away in San Francisco’s Golden Gate Park, but is still big enough to transport two life-size whales in its holds.

The US Air Force bird of prey

The FY-118G is of course not large enough to carry whales, and as far as we know it had no time travel capability (perhaps the Air Force had a DeLorean for that). This bird of prey was developed as a single-seat aircraft in a secret project that ran from 1992 to 1999. During this time, the FY-118G was a demonstrator used to test “low observable” stealth techniques as well as new methods. aircraft design and construction. The plane made its first flight in 1996and over the thirty-seven missions that followed, it was used to determine ways to make aircraft less observable not only by radar but also by the naked eye.

The actual resemblance to the bird of prey requires a bit of imagination, but it’s clear whoever came up with the moniker had more in mind the Klingon version than the Romulan contraption (sorry Chang – another credit you don’t can’t claim).

Where the YF-118G may share some similarities with the Romulan Bird of Prey is that each used off-the-shelf components. Chang had apparently used the Kit-bashing technique to use existing model kits to create many accessories for the original star trek including the Romulan warship.

McDonnell Douglas and Boeing used a similar technique as it used readily available aircraft components and built on existing technology to reduce costs and speed up production. This apparently included the use of an entirely manual control system with no computer assistance, while the Bird of Prey’s landing gear was in fact adapted from Beech King Air and Queen Air aircraft.

The YF-118G was powered by a single Pratt & Whitney JT15D-5C turbojet engine which provided 3,190 pounds of thrust and had a top speed of 300 miles per hour, and a ceiling of 20,000 feet. The aircraft last flew in 1999, though it was later declassified three years later when its design techniques had become standard practice.

Boeing used these techniques in the development of X-32 Joint Strike Fighter demonstrators and later in its X-45A prototype unmanned aerial combat vehicle. The Bird of Prey’s lasting legacy was its ability to demonstrate advancements in stealth concepts, including “no-gap” control surfaces that were developed to blend smoothly into the wings to reduce radar visibility, while the engine intake was completely shielded from the front.

After testing was completed, Boeing donated the lone YF-118G Bird of Prey to the National Museum of the United States Air Force in 2002, where it has been on display since 2003 – and where, despite its stealth technology, it is ready to be seen. and photographed by visitors. Probably more than a few quickly see the star trek link.

Today’s editor for 1945, Peter Suciu is a Michigan writer who has contributed to more than four dozen magazines, newspapers, and websites. He writes regularly on military hardware, the history of firearms, cybersecurity and international affairs. Peter is also a Contributing author for Forbes.