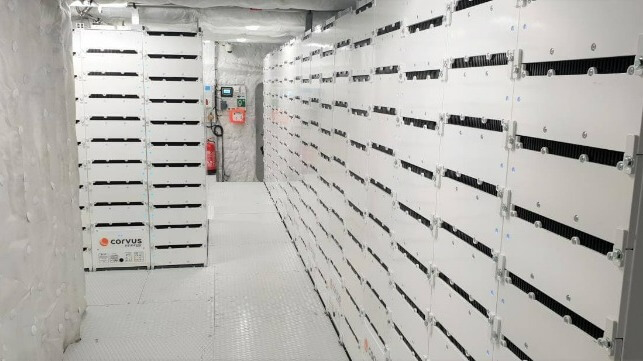 [By: Yaskawa Environmental Energy / The Switch]

Under the three-year MoU, Corvus Energy becomes the preferred partner of Yaskawa Environmental Energy / The Switch in the ongoing development of its proprietary BSCL device. The agreement also includes joint promotion of each party’s products.

“We are very pleased to work with Corvus Energy as the global leader in marine SSE and look forward to constructive collaboration and teamwork,” said Miika Reinikka, President of Yaskawa Environmental Energy / The Switch Division.

“We are thrilled to partner with Yaskawa Environmental Energy / The Switch. Their unique ability to think outside the box to solve complex challenges makes them a valuable partner on our journey to decarbonizing shipping. Their innovative technology makes a big difference to the usability, scalability and safety of marine battery systems,” said Geir Bjørkeli, CEO of Corvus Energy.

Connecting high energy batteries to an electrical system carries a high risk of releasing a massive amount of short-term current that can damage the system. The batteries must therefore be distributed among several DC-Hubs to manage the amount of energy. The more batteries you connect, the more DC-Hubs you will need – theoretically up to eight for a 20 MWh SSE. The innovation brought by BSCL is to limit the short-term current of each set of batteries, immediately blocking the short-circuit system. This allows more batteries to be connected to the electrical system and fewer DC-Hubs, which makes the whole system more compact and represents a significant financial saving. Saving space in terms of cabinet length means less CAPEX while promoting safety, efficiency and reliability.

“The BSCL is essentially a high-speed semiconductor-based protection device that operates based on actual system measurements with a response in microseconds. It opens the DC electrical circuit by disconnecting a bank of batteries in the event of a fault. anywhere in the system, preventing the battery bank from discharging. Such a sudden release of energy could lead to significant damage and, in the worst case, an electrical fire. BSCL minimizes the risk by stopping the loss of power. energy in microseconds,” said Teemu Heikkilä, Product Line Manager, Converters at Yaskawa Environmental Energy / The Switch.

“From a technical point of view, the market has not yet taken up this connectivity challenge. The class rules, which were primarily designed for AC/DC systems, lag behind the rapid pace of technology in DC power distribution. The BSCL is the first product suitable for battery systems that are getting bigger almost every day. Its main advantage, reflecting the electrification trend where the bigger the ESS the better, is that you can increase the energy content of the ESS while minimizing the number of parallel systems required. In principle, implementing BSCL means that you still only need two DC-Hubs for an ESS of up to 40 MWh, so the savings increase in parallel with the size of the battery pack,” said he added.

While shipboard battery systems have so far been limited to installations below 10 MWh, future projects are increasing this size many times over. The device works for the entire Corvus ESS portfolio, including Corvus Orca, but is particularly suited to Corvus Energy’s Blue Whale ESS, which is designed to meet large operational energy demands at a cost-effective kWh price. . The Blue Whale system has been specially developed for large battery installations ranging from 10 MWh and above. Typical ship applications include cruise ships as well as large ferries, yachts, merchant ships, inland vessels and workboats.

The battery short-circuit limiter (BSCL) is a stand-alone product to be placed near the batteries and between the drives. The space saving it generates complements the low weight and low overall volume of the Blue Whale system. The BSCL can also be retrofitted to existing systems for added security.

Cousin of EBL and EDCB

The BSCL is closely related to the Electronic Bus Link (EBL) and Electronic DC Breaker (EDCB) devices recently launched by Yaskawa Environmental Energy / The Switch, which serve to ensure selectivity and safety through ultra-fast detection and disconnection of faults, providing full DC power redundancy. distribution for fully electric and hybrid vessels. Both devices are now standard components of the company’s marine propulsion offering. They enable Switch DC-Hubs to operate to the highest standards of efficiency and reliability, providing maximum system protection and continuity capability.