Yachts are now great. What you need to know about the superyachts of Russian billionaires. 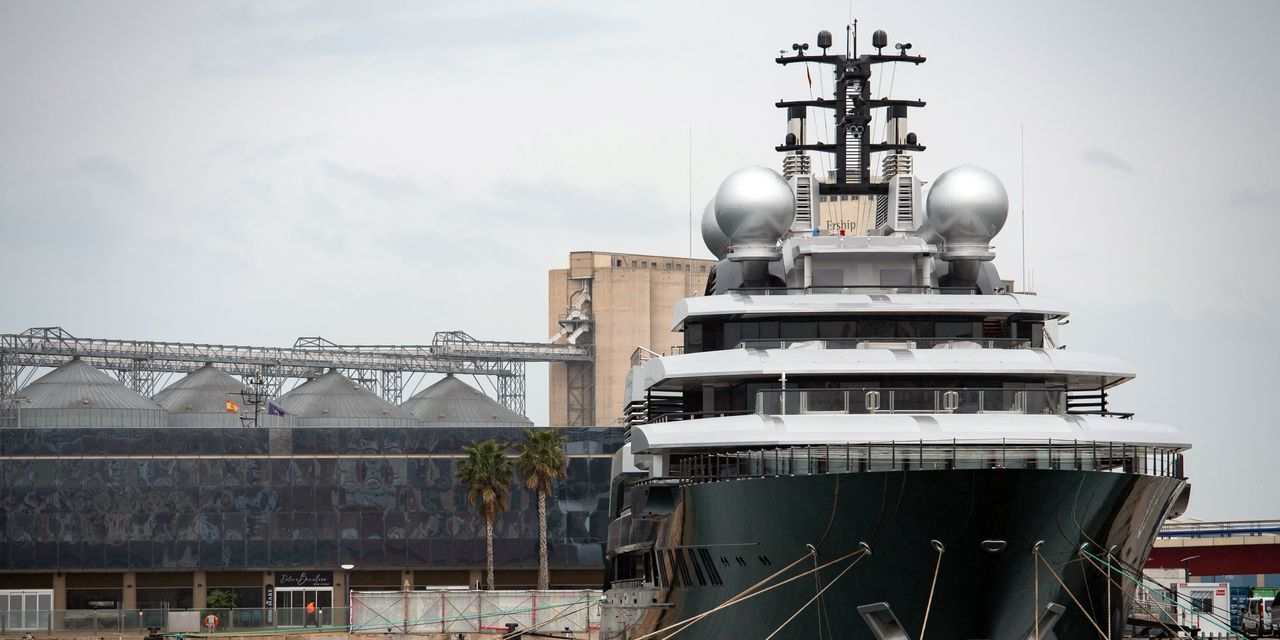 
Superyachts are a new front in the Russian war, but there haven’t always been superyachts up for grabs.

European governments are increasingly seizing yachts belonging to Russian oligarchs in a bid to punish those close to President Vladimir Putin. The boats are huge and so are their price tags. Spain on Monday seized a $143 million ship called Valerie. Italian authorities on Friday seized what is reputed to be the world’s largest sail – a yacht over 150 meters long worth $580 million. Russian oligarch Igor Sechin’s approximately 90-meter-long yacht Amore Vero was seized by French authorities overnight.

These superyachts didn’t really exist a few decades ago. Superyachts can be loosely defined as yachts over 40 meters, and they can include things like helipads, swimming pools, marble interiors, full-service spas, and outdoor fireplaces. But for many years, a boat around 20 meters was considered big enough, said Al Declercq, a longtime member of the local Bayview Yacht Club in Detroit. What changed? Materials and desires. A lot of these guys want to have big boats and now materials like carbon fiber for masts and better design software allow them to build bigger and more expensive boats, Declercq said.

Still, buying a superyacht is a complicated and time-consuming process, even for the wealthy. Canadian naval architect Greg Marshall, who is currently designing a 34-meter-long yacht worth $12 million for a Texas businessman, said construction will take up to three years and he this is one of his smaller superyacht projects. He has an order for a 63-meter boat costing $95 million in the pipeline, an order that will take 4½ years to deliver, Marshall said.

He is also building a 120-meter-long superyacht, which will require the architect, Marshall’s team, shipyard workers and contractors, who take care of installing things like air conditioners. , work about 9 million working hours. . “Projects quickly become more complex on 80 meters and customers would be strict on prices and construction schedules,” said Superyacht Times iQ, a database provider that lists more than 2,000 yachts for sale on its website. , in a report.

To get one, you need people besides Marshall. There are lawyers involved – yacht lawyers and then local lawyers – who help draft contracts with hundreds of pages, said Alasdair Whyte, co-founder of Superyacht Investor, an online transaction publication. of yachts. They may also need additional boats to maintain them. “If you’re really rich, you also have a support vessel next to the superyacht where you can park your extra helicopter or have extra crew,” Whyte said.

Globally, the top three shipyards for yachts over 80 meters are in Germany and the Netherlands, and have been for over a decade, according to Superyacht Times. But they are also built elsewhere. Consider the 2021-built superyacht called VICTORIOUS listed on Yachtworld for around $137 million. It is 85 meters long, accommodates three additional yachts, has a beach club, a children’s playroom, a multi-level cinema and a beauty salon. VICTORIOUS was manufactured in a Turkish shipyard, Akyacht.

Despite all the attention paid to Russians and their superyachts, most are owned by Americans. Nearly a quarter of all superyachts in the world have owners in the United States. Russians come second with 9% of the fleet, closely followed by Greek and British owners with 6%, according to Superyacht Times.

As for the Russians, their yachts remain anchored in the ports for now but it is unclear what will happen to them later. “This is all a very new situation and a few yachts have been detained in the past, but never really yachts of this size and so many at the same time,” says Merijn de Waard, co-founder of Superyacht Times.