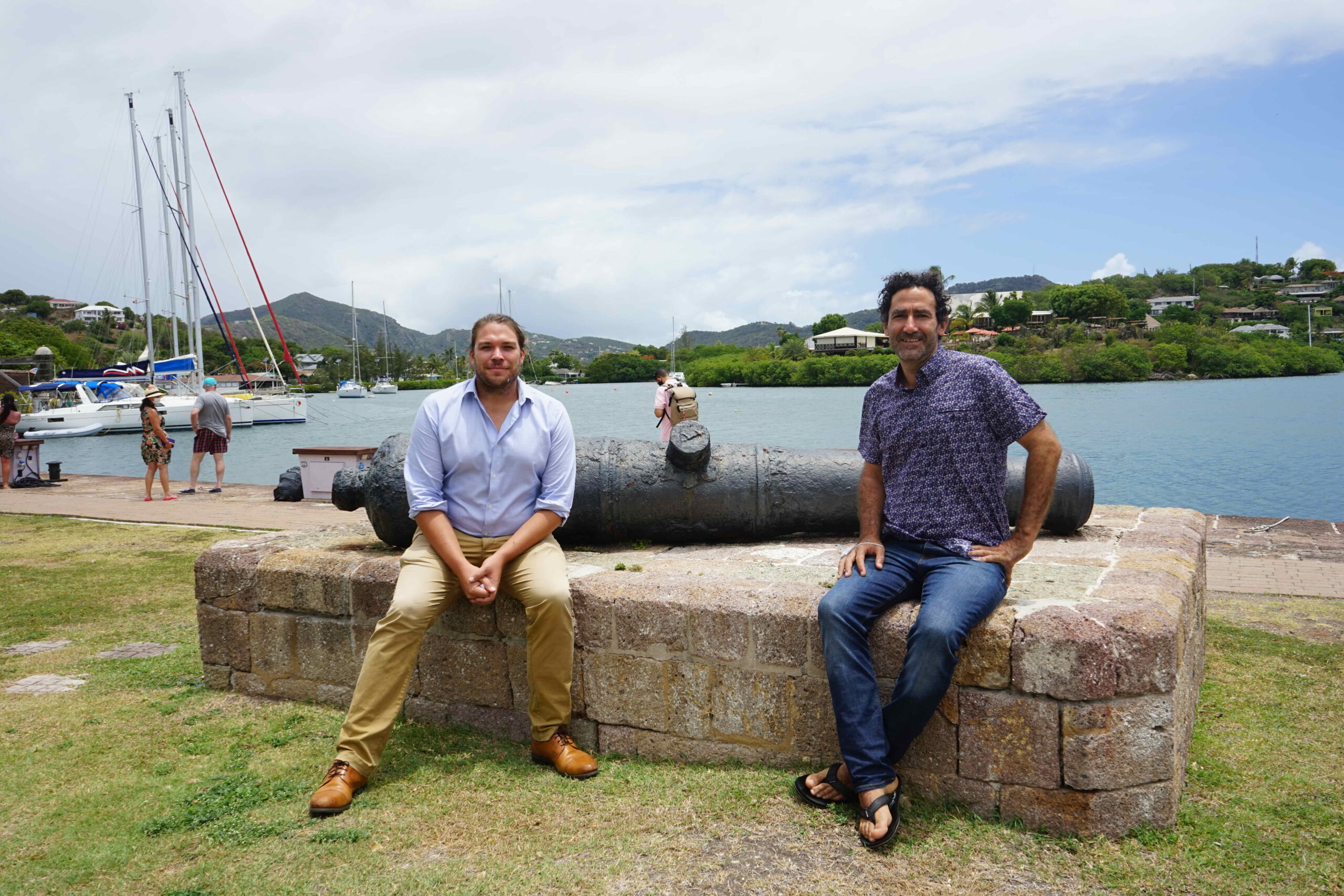 The thrilling discovery of an 18th century shipwreck in the Antigua shipyard last year captured the hearts and minds of history buffs around the world.

Experts believe these are the remains of the 1762 Beaumont, a French merchant ship later purchased privately, renamed the Lyon, and used during the American Revolutionary War.

But while the presence of the iconic vessel has been hailed as a major blow for Antigua and Barbuda, what to do with the giant boat is now the subject of extensive discussion and meticulous planning.

A team of visiting archaeologists have spent the past two weeks carrying out additional investigations to help formally confirm the identity of the 130ft wooden vessel, which was hidden in the mud just eight feet below the surface of the water for over 200 years.

Their underwater work uncovered more of the barely visible wreckage amidst the silt of Tank Bay.

A number of diagnostic artifacts were found and the team – made up of students and faculty from East Carolina University, experts from the University of the West Indies and staff from the National Parks Authority (NPA) – was also able to locate the stern and rudder.

Jean-Sébastien Guibert, an associate professor at the University of the West Indies in Martinique, said wood samples had been taken from the boat to help date it.

Previous excavations revealed that the ship’s measurements matched the dimensions of the 900-ton Beaumont.

“We hope that with any material culture we find, and primarily the construction of the ship itself, because that’s what’s left – the frame, the keel, the keel, the planking – that we can match it with the French East India Company, which built the Beaumont,” he told Observer.

The French East India Company was an imperial trading enterprise founded in 1664 to compete with English and Dutch trading companies in what is now East Asia.

Dr Christopher Waters, head of the NPA’s heritage department, said experts were “95 per cent confident” the ship is the Beaumont.

“Unfortunately with shipwrecks you never find the nameplate or the bell with the name on it except on very rare occasions,” he explained.

In the meantime, work is underway to ensure its preservation.

A fascinating part of the team’s efforts involves photogrammetry – the process of taking photographs of an object from a variety of angels and stitching them together to create a 3D model.

This will allow digital exhibits of the boat to be placed in the shipyard museum and online.

But anyone hoping the ship will eventually be lifted from its underwater resting site will likely be disappointed.

“Once you take a wreck out of the water, out of its oxygen-free anaerobic environment and don’t treat it, don’t keep it, it will fall apart within months or even days,” said Dr. Waters. said.

“The reality is, especially on a wreck of this size, it would take hundreds of millions of dollars and 15, 20 years of conservation work to fully preserve it.

“We don’t have those resources; almost no country in the world has this kind of resource.

The medium term plan is to develop a strategy to ensure that whatever is spent on site is recouped in tourism revenue.

This could involve placing a platform around it so that visitors have safe spaces to swim and reducing silt to improve visibility of the wreck.

The team’s efforts are part of a larger project to conduct a heritage study of the marine environment inside English Harbour, Dr Waters said.

These range from using sonar surveys to see if there are other significant wrecks, to preserving the 200-year-old stone quay that encircles the shipyard.

The wharf was built by enslaved Africans between 1819 and 1822 and its wall extends 15 feet under water.

“Today, the wharf is a key element of the economy. As a modern yachting marina, it generates a lot of revenue, so retaining its historic nature while still being able to use it for yachting is very important,” Dr Waters continued.

Archaeologist and East Carolina University professor Dr Lynn Harris said the evening workshops for the local community were for divers.

“The goal is to train them on how to work on wrecks and how to record things, so they can be part of the story as well,” she told Observer.

For Dr. Harris’ students and other visiting archaeologists, the wreck and shipyard offer a treasure trove of artifacts to explore.

“Shipwrecks don’t usually happen in the most ideal of circumstances; they’re usually on a reef, so it’s a very unique site,” Borrelli said.

“The shipwreck is not in a vacuum; it’s part of this cultural landscape that we have all around us.

The team’s land-based work includes documenting other historic sites in the national park, such as the dockyard’s Cabestan House and its heaving blocks.

The central role played by enslaved Africans in the construction of the shipyard is at the heart of the work, Borrelli added, with the aim of “telling this larger story”.