What makes a Stradivarius special? | At the Smithsonian 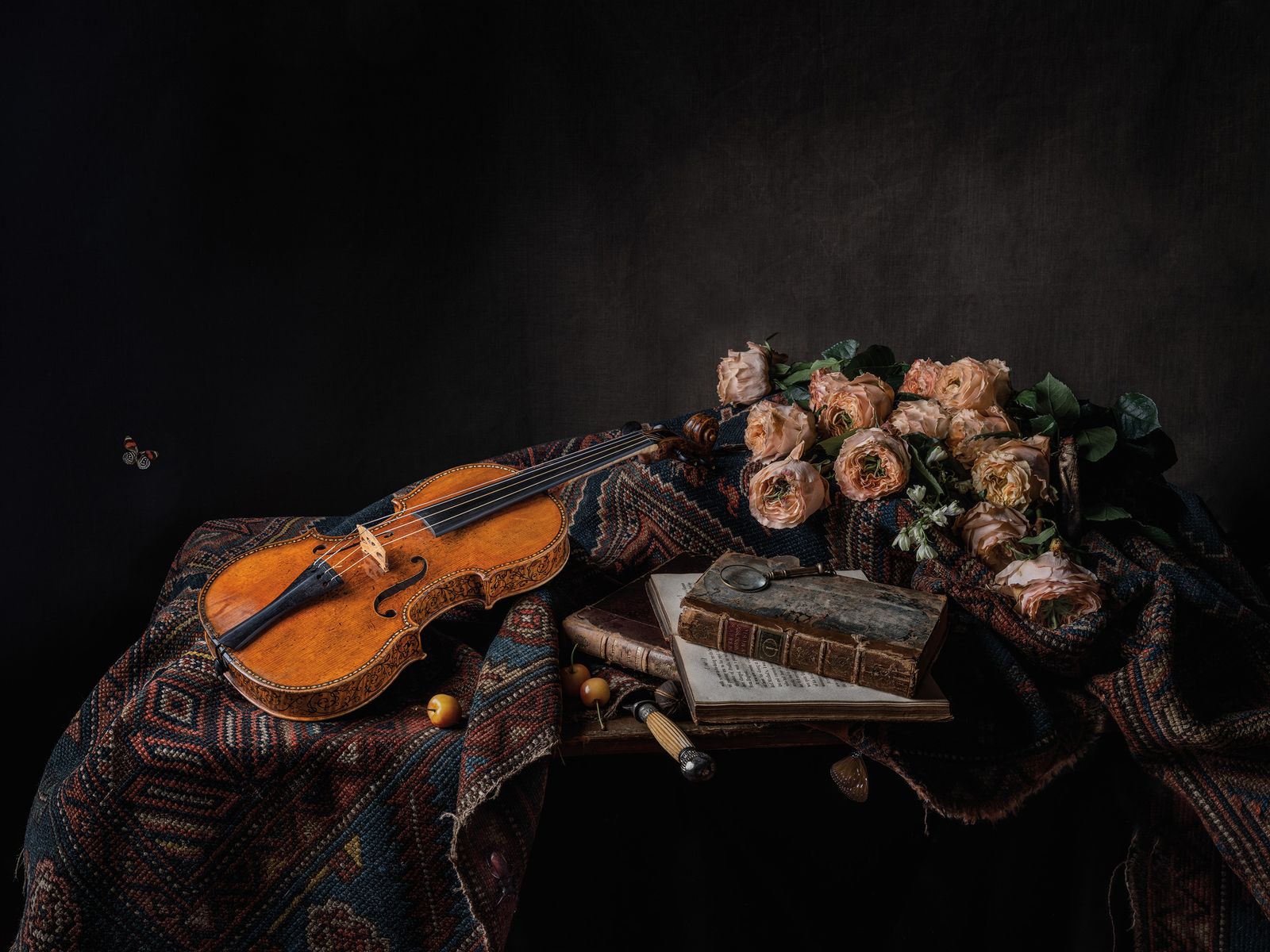 Over 4,500 years old After an enterprising Mesopotamian stretched a few catgut strings over a hollow wooden vessel to create the first lute, the art of string instrument building reached a state of near perfection in a humble workshop in Cremona, in Italy. The name of the craftsman is still known worldwide more than 300 years later, although the story of his life remains a mystery: Antonio Stradivari, maker of violins, cellos and other incomparable.

Violin virtuosos who play a Stradivarius today include Itzhak Perlman, Akiko Suwanai and Joshua Bell. “I can’t think of anything else that’s been frozen in time that’s the holy grail for modern use,” says Gary Sturm, curator emeritus in the Music History Division of the National Museum of American History.

It is generally accepted that Stradivari was born in Cremona around 1644 and began his career around the age of 12. It has long been believed that he was apprenticed to the famous Amati family, although recent scholarship finds little evidence for this account. Either way, Amati designs were the ones to beat, and Stradivari spent almost 70 years doing just that, creating a prodigious number of instruments – around 1,200 in all, including some 500 violins, 55 cellos and a dozen violas survive today.

Stradivari began selling instruments around 1665, steadily expanding his business until Nicolò Amati, the last great craftsman of this family, died in 1684, leaving an opening in the growing Cremonese violin market. Stradivari’s instruments became so coveted that he received commissions from the Medici and King James II of England. He married twice and worked in his home, and unlike other luthiers in this city of musical innovation, he was notable for never using apprentices, only teaching his craft to two of his sons. .

This “Ole Bull” Stradivarius, made in 1687, is one of five Strads in the Smithsonian’s collections. It takes its name from its most illustrious owner, Ole (pronounced “oo-luh”) Bornemann Bull, a 19th century Norwegian concertmaster whom Robert Schumann called the equal of Paganini. This is one of 10 or 11 decorated violins that survive from Stradivari’s shop. Inlaid and painted designs along the front edges offer a softly haunting geometry, and the sides are decorated with painted foliage. The sound is “soft” and “supple,” according to Ken Slowik, curator of musical instruments at the National Museum of American History. The violin, which was loaned to the Smithsonian in the mid-1980s and entered the permanent collection in 2000, represents “a big step forward in Stradivari’s search for a more powerful concert instrument,” says violin expert Rainer Cocron at Ingles & Hayday, an auction house for rare instruments.

There’s a long-held theory that Europe’s Little Ice Age, which lasted from the 14th century until around 1850, is what made Stradivari’s designs so special: according to the theory, more sluggishness of the trees created denser woods with narrower grains that conveyed a richer sound. But Stewart Pollens, a former conservator of musical instruments at the Metropolitan Museum of Art in New York and author of two books on Stradivari, says, “I’m not a big fan of the Little Ice Age business,” mainly because when you inspect the Stradivari wood today, you will find all kinds of different densities: “Sometimes the grain is quite wide, and sometimes it is very narrow.”

Scholars have argued that the secret may lie in the way Stradivari treats its wood, including its varnishes. This line of thinking was boosted by a 2006 study Nature by Joseph Nagyvary, professor emeritus of biochemistry at Texas A&M University. Using nuclear magnetic resonance and infrared spectroscopy to analyze the wood of the instruments, Nagyvary discovered that metallic salts may have played a role in the nuanced tones of these instruments. Another study published last year reinforces the idea that varnishes and oils contributed to the Stradivarius magic.

Pollens and Cocron say the truest explanation is the simplest: Stradivari was a picky craftsman who undertook clever experiments with the geometry and thickness of the wood, perfecting flatter cambers at the front and back. back to create violins with much more power than before. Indeed, Stradivari’s instruments allowed music to reach every corner of the great concert halls and thus helped usher in the symphonic era of Mozart, Beethoven and Tchaikovsky. Stradivari “anticipate[ed] the growing role of the violin as a solo instrument and has taken violin making to new heights,” says Cocron, who marvels at “the way [Stradivari] was to musical tendencies.

By the time Stradivari died in 1737, his skill and foresight had made him a wealthy man. His instruments are still prized commodities – in June a 1714 Strad sold for $15 million – and today’s top players are still drawn to them. “The possibilities are endless,” says famed cellist Evan Drachman, who played his first Stradivarius cello at age 18 and whose grandfather was famed Ukrainian-born cellist Gregor Piatigorsky. James Ehnes, violin soloist who is artistic director of the Seattle Chamber Music Society and visiting professor at the Royal Academy of Music in England, estimates that he has played more than 150 Strads. He describes the experience as a cinematic epiphany: “It was really a bit like The Wizard of Ozeverything in black and white and then in color.