What could be the role of Xigbar 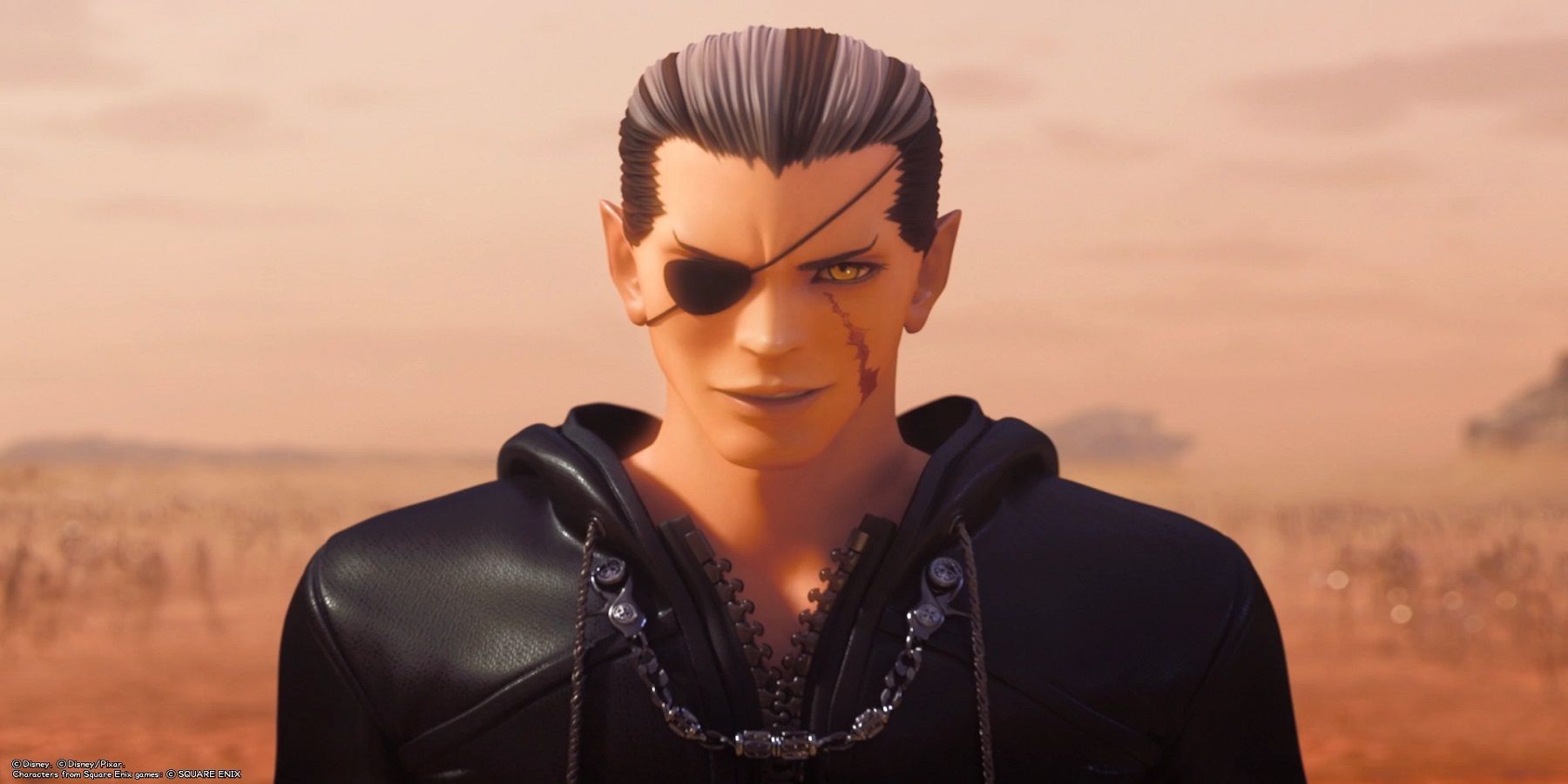 Xigbar is one of the most important characters in the Kingdom Hearts franchise, playing an important role in several of its games. At the end of kingdom hearts 3players have learned of a shocking revelation surrounding the character of Xigbar that has people thinking that he will be one of the main antagonists in the Lost Master arc which will gain momentum in kingdom hearts 4with the Master of Masters.

kingdom hearts 4 is the next game to be released in the Lost Master arc, and fans have been speculating what Xigbar’s role might be as they learn more about his past through mobile games, Kingdom Hearts: Union X and Kingdom Hearts: Dark Road. It looks like he won’t be leaving the show anytime soon, and there are plenty of possible directions his character can go in to move the plot forward.

Chronologically, the first game in which Xigbar appeared was Kingdom Hearts X. However, at the time, he was known as the sixth apprentice of the master of masters, Luxu. The Master of Masters gave Luxu the incredibly important task of traveling with No Name, the keyblade that contained his eye. Luxu would eventually pass on No Name to a successor, allowing the Master of Masters to see into the future and write the Book of Prophecies. The Master of Masters then gave each of his other apprentices a copy of the Book of Prophecies, along with a role that would have them fighting against each other in the Keyblade War, making Luxu no doubt responsible for the deaths of hundreds of people. of keyblade wielders.

After the Keyblade Wars, Luxu began possessing people in order to live on for generations, eventually taking the form of Xigbar. As second-in-command of Organization 13, Xigbar aided Xehanort in his battle against the Seven Guardians of Light. During the fight, Xigbar faked his death and waited for No Name, who was in Xehanort’s possession, to come back to him. Once he did, Xigbar summoned the Master of Masters’ other apprentices, except for Ava, at the end of kingdom hearts 3leaving fans wondering what would be next for Xigbar and his comrades.

Worlds Xigbar can go to in Kingdom Hearts 4

Since Xigbar brought the Foretellers back, it’s very likely that his next move will also involve finding the Master of Masters, who is currently in Quadratum. Quadratum will probably be the main frame of kingdom hearts 4 as Sora was seen there in the game’s trailer. Sora’s friends have been trying to find him since he disappeared at the end of kingdom hearts 3, so that Xigbar can use them to find his master. Upon their reunion, Xigbar, the Master of Masters, and the Foretellers would likely battle Sora, Riku, and any other protagonists who travel to Quadratum, leading to an epic showdown where the Keepers of Light would learn of the danger beyond. of master. Xehanort and the Seekers of Darkness.

Another possibility is that Xigbar and the Foretellers won’t go to Quadratum at all. The Master of Masters may have given them another role to fill in other worlds while he is in Quadratum. Through kingdom hearts 3of ReMind DLC and Kingdom Hearts: Melody of Memory, fans learned what many heroes did to find Sora. Terra, Ventus, and Aqua have searched the Dark Realm, King Mickey investigates Scala ad Caelum, and Donald and Goofy embark on a new journey of their own, as seen in the trailer for kingdom hearts 4. Xigbar and the Foretellers can travel to one or more of these worlds in kingdom hearts 4 fight against Sora’s friends while he’s away.

Xigbar could take on a new form in Kingdom Hearts 4

It is also possible that Xigbar take another form at the end of kingdom hearts 4, getting rid of the ship it had since it was introduced. In order to hurt the Keepers of Light, he can even possess one, like Sora, Riku, or Roxas. Xigbar has had his eye on the protagonists for a long time. In fact, he and the other members of Organization 13 intended to use most heroes at some point to further their own goals, so it would make sense for Xigbar to take his next ship from a well-known character. like.

Some fans wanted to see Sora turn to darkness and have Riku rely on his darkness as much as he did in previous games in the series. If Xigbar had one, that wish could come true, as players would have to fight against the protagonists they once played with. It’s also possible that Xigbar possessed someone he knew in one of his previous forms, such as Ventus, Larxene, or Marluxia.

Xigbar could become a hero

Although it’s heavily speculated that the Master of Masters is the series’ next main antagonist, fans aren’t quite sure what his intentions are. Players were surprised to discover that Xehanort actually had justifiable reasons for everything he did, and the same could happen with the Master of Masters. If so, then Xigbar may have been helping his master do something noble all this time.

Finally, it was discovered in Kingdom Hearts: Union X that Luxu was the traitor that the Master of Masters had prophesied. Fans still don’t know exactly what this means, but it’s possible that Xigbar will end up betraying his master, who anticipated him all along. Perhaps Xigbar will join forces with the Guardians of Light to defeat the Master of Masters, if he turns out to be the villain that many fans think he will be. There are many possibilities for what Xigbar will do in kingdom hearts 4but whichever path he takes, he’ll likely play an important role throughout the Lost Master arc.

kingdom hearts 4 is currently in development.

MORE: Kingdom Hearts 4: How Many Worlds Would Be Too Few or Too Many