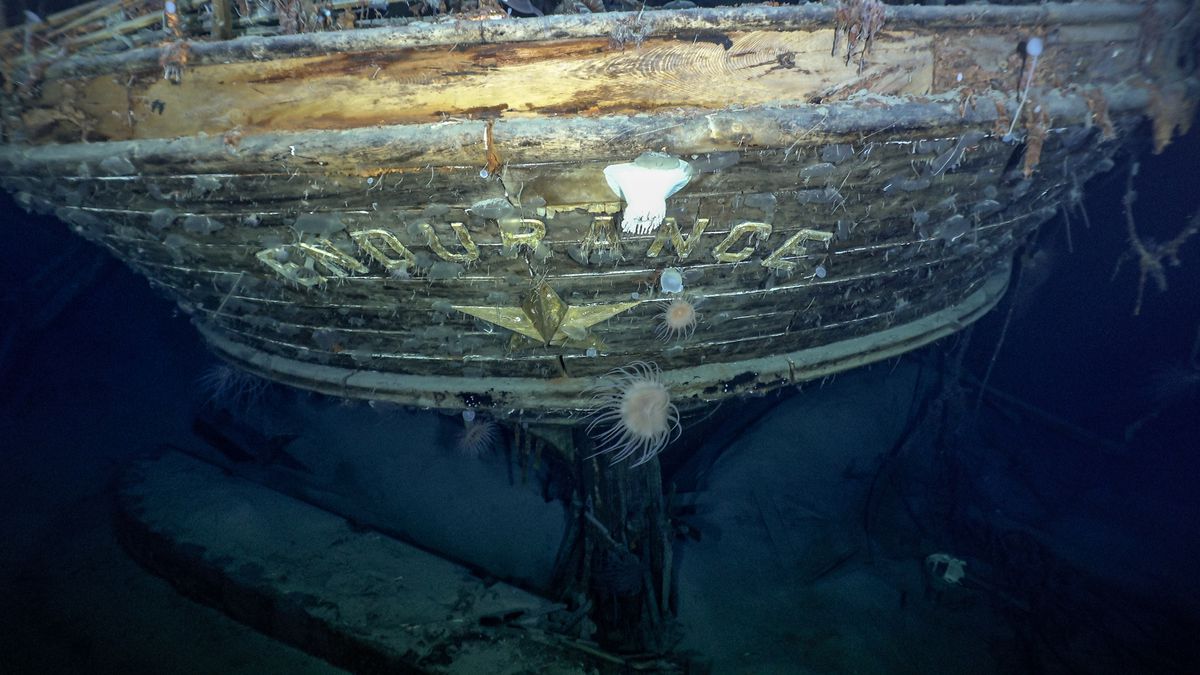 A scientific expedition working aboard a South African icebreaker, the Needles IIdiscovered the Endurancearguably the most famous ship in the history of polar exploration, whose name went down in history alongside the Frameworkthe Terra Novathe Discoveryand the Erebus and Terror – the doomed ships of Captain Sir John Franklin’s expedition, of which there were no survivors. the Endurance was in the Weddell Sea, the gateway to Antarctica, at a depth of 3,000 meters, not far from where the crew recorded their last coordinates before being claimed by the depths on November 21, 1915, crushed by the pack ice in which he had been trapped for almost a year. The 28-man crew of the Endurance was saved by their courage and determination, and expedition leader Sir Ernest Shackleton’s bold response to the disaster, with his men stranded in one of the most inhospitable environments on earth. Their subsequent escape is considered one of the greatest feats of the age of Antarctic exploration and one that brought honor to the name of their stricken vessel.

The captain of EnduranceFrank Worsley, took careful measurements with his sextant and stopwatch of where the ice engulfed the ship, while expedition photographer Frank Hurley documented the heavy advance of the pack ice on the structure of the Endurance, saving approximately 150 negatives that tell the story of the ship’s final rest. The ship and its contents are a designated monument under the International Antarctic Treaty and as such its discoverers may observe, but in no way disturb the wreck. What was previously unknown was where the current had taken the Endurance. It turns out that 107 years after its sinking, the ship was about 4.6 miles from the coordinates recorded by Worsley. It may seem like a small distance in terms of land, but in the frozen expanse of the Weddell Sea and the harsh conditions posed by Antarctica, finding the Endurance was no small feat.

the Needles II was on a research mission on the Larsen ice floe during which he also took the opportunity to search for the Endurance, combing a predetermined area with remote-controlled submersibles, capable of sending back photographs of the ship. The “noble, brave, brave little boat,” as the crew described it in its final moments, stands proudly on the seabed, its name still resplendent on its stern. There is no sign of the blue ensign that Shackleton hoisted before the ice had finished its job, but in the immense depth of the Antarctic abyss one can almost hear the echo of the fiery send-off given to Endurance by her crew, who watched her sink with three “hurrahs”.

Explorers later reported that shortly before the Endurance was lost sight of, a curious visitation occurred: a group of eight emperor penguins solemnly approached the trapped ship, stared at it intensely and, raising their heads, let out a fantastical cry.

It’s all part of the legend of the Endurance, which was built in Norway as a cruise ship for Arctic tourists and for hunting trips. Shackleton acquired the ship for his Imperial Trans-Antarctic Expedition, whose goal was to complete the first land crossing of the Antarctic continent via the South Pole, which had been reached in 1911 by Roald Amundsen. Shackleton described the challenge as “a great main object of Antarctic voyages” and saw its success as a way to redeem British polar exploration after the heroic failure of Robert Falcon Scott’s 1912 expedition.

The expedition leaves under bad omens: the First World War has just broken out and Shackleton offers the Endurance to the Royal Navy to fight Germany instead of Antarctic sea ice. The ship finally reached the pack ice around the frozen continent in December 1914 and after traveling nearly 1,000 miles (1,600 kilometers) of dangerous ocean, it found itself completely trapped just 85 miles (137 kilometers) from its destination, Vahsel Bay, in the Weddell Sea. , January 19, 1915. The Endurance would no longer move under its own steam, dragged and pushed instead by the pack ice. For nine months, Shackleton and his men viewed their predicament with cold optimism, but that evaporated when they realized the ice was not going to break. The expedition leader observed, “No man-made ship can withstand such pressure.”

Shackleton gave the order to abandon ship and the crew embarked on a march through the loose ice to safety, which was over 500 kilometers away. Before leaving, the explorers, who had camped on the ice a stone’s throw from the Enduranceremoved everything useful and transportable from the ship, including the famous 22.5-foot lifeboat the James Caird, which was to save their lives and which they dragged onto the ice. What may still remain on the wreckage of the Endurance is the rest of the crew Encyclopedia Britannicaof which they only take two volumes with them to stave off boredom.

Before leaving, the members of the expedition observed the Endurance sink, at night. “It’s hard to write how I feel,” Shackleton noted in his diary. “For a sailor, his ship is more than a houseboat. Now, tense and groaning, her beams cracking and her wounds gaping, she is slowly letting go of her sensitive life at the very start of her career. Another crew member noted that the sound of ice breaking the ship’s hull “seems like the cries of a living creature”.

The morning after the Endurance descended, Shackleton gave the order to lighten the loads the men would be required to carry. Shackleton himself left behind a handful of gold coins, his watch, his silver brushes, his toilet bag and a Bible that had been presented to the ship by Queen Alexandra, keeping only a few pages of psalms and a few verses. of the Book of Job, the story of which did not exactly lighten the march and which sounded like an epitaph to the Endurance“Whose belly did the ice cream come from?” And the hoarfrost of the sky, who engendered it? The waters are hid like a stone, and the face of the abyss is frozen.

Even more depressing for the crew was the need to kill several of the ship’s animals: sled dogs and the hapless Mrs. Chippy, a cat belonging to the ship’s carpenter Harry McNish. At the start, the crew experienced a real ordeal on the unforgiving ice. This trip gave credence to an observation made by Apsley Cherry-Garrard, a survivor of the Terra Nova expedition and author of The worst trip in the world, who remarked that polar exploration was the most radical and lonely way to have a terrible time he had ever devised. The crew of Endurancehowever, would all live to tell their story.

Slowly the march advanced until they reached Elephant Island. From there, Shackleton and five others sailed the tiny James Caird on an epic 800-mile (1,287 kilometer) journey to South Georgia, where they organized a rescue party for their comrades. Through his fiery command, which kept the crew from losing hope, and by refusing to sacrifice his men for the achievement of the objective as Scott had done, Shackleton went down in history as a noble example of leadership. .

the Endurance was discovered just weeks after the location of another legendary ship: Captain James Cook’s Effortand Franklin’s 2014 and 2016 finds Erebus and Terror in Canadian waters, some 170 years after leaving England in 1845. Fridtjof Nansen and Amundsen’s Frameworkmeanwhile, is perfectly preserved and can be visited in its own museum in Oslo.