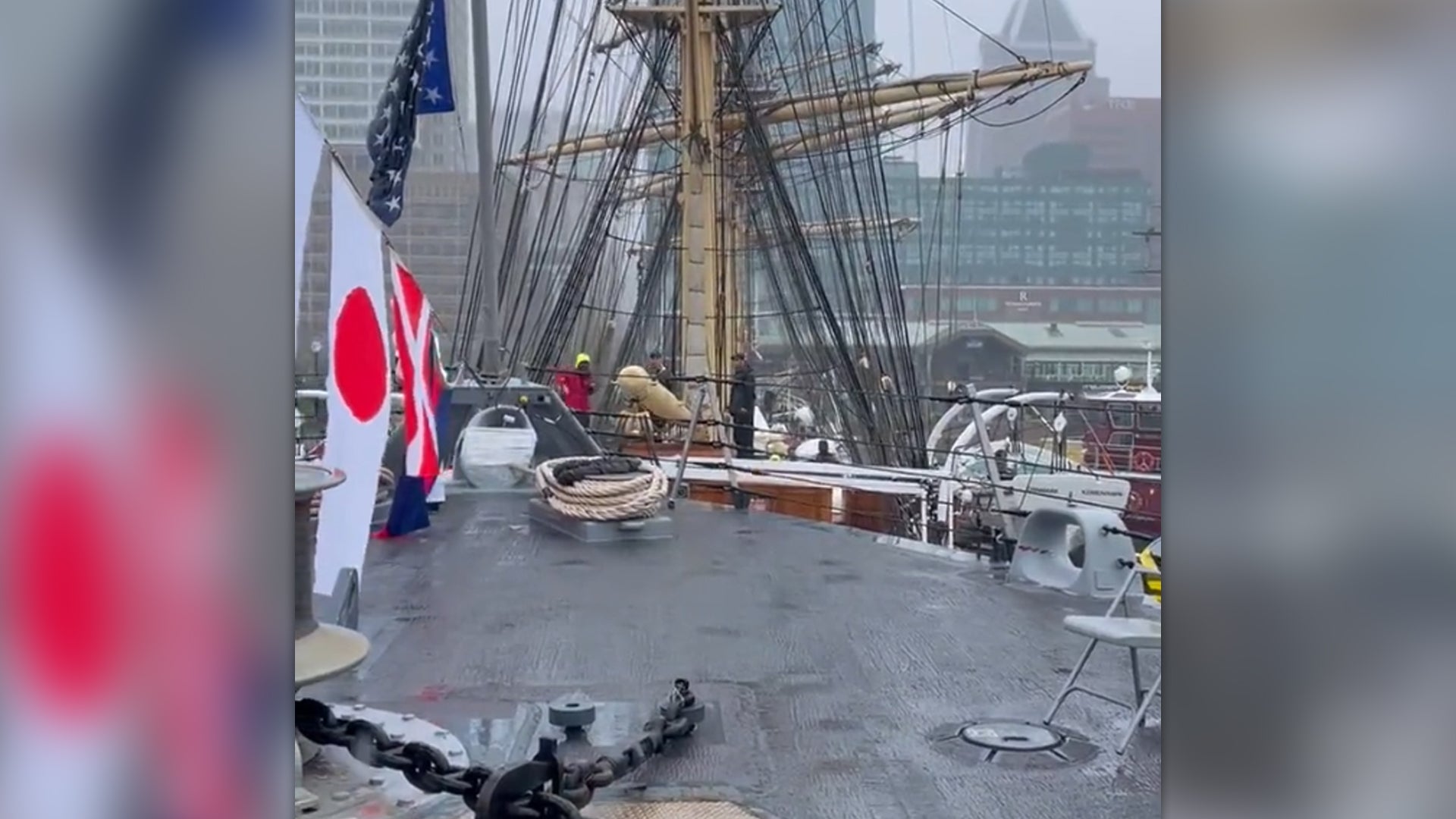 Things went horribly wrong during Maryland Fleet Week on Sunday when a wooden Danish training ship veered into a US Navy vessel. The fully rigged sailing ship, the Danmark, was being towed into Baltimore’s Inner Harbor when it struck the United States Navy littoral combat ship, USS Minneapolis-St. Paul.

According to CBS, the ship first struck wooden pilings in the harbor just after 11 a.m. Sunday. The effort to move the Danmark continued, but one end of the ship was pulled directly into the bow of the navy vessel. It is unclear what was wrong with the towing.

The video taken aboard the Navy warship has people giggling, unable to do anything as the wooden vessel draws closer. When he hits the Minneapolis-St. Paul, there’s a sickening crack of wood splinters.

The Minneapolis St. Paul is probably fine, it’s a metal ship. The navy confirmed that the littoral combat ship suffered “no serious damage”. The extent of the damage done to Denmark, however, is unclear.

“No U.S. Navy personnel were injured and no serious damage was sustained aboard USS Minneapolis St. Paul (LCS 21) when the Danish training ship Danmark made contact with the docked LCS while that the Danish vessel was en route from the Baltimore Inner Harbor on Sept. 11, 2022,” the Navy said in a statement released by the Baltimore Police Department.

In a photo posted to Twitter by journalist Christian Schaffer, a damaged railing can be seen at the back of the Danmark, with the Minneapolis-St. Paul lined up almost directly with the smaller ship. Danmark’s sails were not deployed and she was being moved only by the tug.

Robert Wray replied to Schaffer’s tweet, saying he was aboard the littoral combat ship when the impact occurred.

“I was on the deck with my 4 year old son. I’m running in photo for cover behind the turret and in front of the two sailors who are also running aft,” Wray tweeted. “Think we were all worried about getting shrapnel from the collision. Which didn’t seem to happen.

Subscribe to Task & Purpose today. Get the latest military news, entertainment and gear delivered to your inbox daily.

Maryland Fleet Week runs through Tuesday. The event attracted ships from several countries, including Denmark and Canada. Danmark was commissioned in 1933 and loaned to the United States during World War II to serve as a training ship. She was returned in 1945 and upgrades reduced the crew from 120 to 80. She has a diesel engine, but is mainly operated by sail.

The Danmark remains in the port of Baltimore.

The last on task and purpose

Want to write for Task & Purpose? Click here. Or check out the latest stories at our homepage.