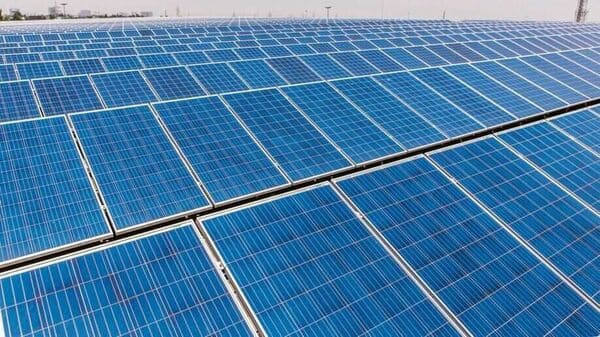 The new pressures, which hit two years after the pandemic created bottlenecks for wind and solar developers, are adding to delays in the completion of many projects.

The Biden administration and other governments around the world have called for accelerating the transition to renewable energy sources to avoid dependence on Russia for oil and gas. But project developers say it could be nearly impossible to go any faster in the short term.

Wind and solar development has exploded worldwide over the past decade as rapidly falling costs have made projects more competitive with traditional sources of power generation such as natural gas and nuclear. , as well as growing pressure from governments to reduce greenhouse gas emissions. emissions to combat climate change.

Globally, wind and solar accounted for around 6.4% and 4% of electricity generation respectively last year, compared to 3.8% and 1.4% five years earlier, with further strong growth expected, according to S&P Global Commodity Insights. The cost of solar power generation fell to $45 per megawatt-hour last year from $381 in 2010, S&P estimated. The cost of onshore wind generation, meanwhile, fell to $48 per megawatt-hour from $89 in 2010.

But like many other businesses, renewable energy projects are now being hit by soaring post-invasion prices of key materials such as aluminum and steel, as well as higher transportation costs resulting from rising oil prices, which have jumped more than 50% this year. year.

Rising costs are particularly acute in the United States, where many projects were already facing increases in part because of trade tariffs targeting China, a dominant producer of solar cells and other renewable energy components. A third of U.S. utility-scale solar capacity slated for completion in the fourth quarter of 2021 has been delayed by at least a quarter, and 13% of projects slated for completion this year have been delayed by at least a quarter. a year or cancelled, according to a new report. of Wood Mackenzie and the Solar Energy Industries Association.

U.S. projects have also faced long wait times to receive the necessary approvals to connect new projects to the power grid, as developers rush to bring wind and solar farms online to capitalize on aggressive mandates. of the state to reduce emissions, crushing network operators. These delays add uncertainty for investors in the project.

A report from LevelTen Energy, a renewable energy marketplace, found that prices for long-term contracts for wind and solar power purchases, which are used to fund new projects, rose significantly over the past year over almost all competitive electricity markets in the United States. -Prices in the quarter jumped 12.1% for solar and 19.2% for wind from a year earlier, according to company indices.

“It sends shockwaves through material prices,” he said. “We don’t know how this will work out.”

Companies making wind turbines for projects like Ørsted have been among the hardest hit since the pandemic began, as the cost and complexity of moving giant blades around the world have no workarounds easy. Their costs are expected to rise again, although no critical components will come from Russia or Ukraine, said Deepa Venkateswaran, senior renewable energy analyst at Bernstein Research.

Nonetheless, she said the current wave of unrest is seen as a short- to medium-term problem, as demand for renewable energy projects picks up pace under growing calls to become less dependent on fuels. fossils from Russia.

“The biggest positive in the medium to long term is the added sense of urgency to get into renewables and tackle hurdles like permits,” Ms Venkateswaran said.

Competitive Power Ventures, a Maryland-based generation company with several renewable energy projects underway, said it is working to stockpile solar panels and other equipment by ordering more than it currently needs. in the hope of avoiding future supply constraints. It also considered development sites that do not require major transmission upgrades to reduce potential delays in obtaining approval to connect to the network.

Sean Finnerty, the company’s executive vice president of renewables, said the number of projects in line for transmission studies has posed a significant challenge for the industry. PJM Interconnection LLC, an electricity market serving 13 states from Virginia to Illinois, recently proposed a two-year waiting period for interconnection applications filed last year as it operates with a backlog of applications, further adding to project timelines among other challenges.

“It’s really going to slow down the PJM market a bit, which will make it difficult for some of these states to meet their near-term renewable energy goals,” Finnerty said.

Some customers of Schneider Electric SE, which manufactures electrical products and provides energy management technologies and services, are trying to beat inflation and have told the company, “Just build me more and store -the,” said company director Aamir Paul. The American President.

“We didn’t have a practice that helped customers decide which storage facility to use because that wasn’t a thing,” Paul said. “Now that’s a thing.”

* Thank you for subscribing to our newsletter.