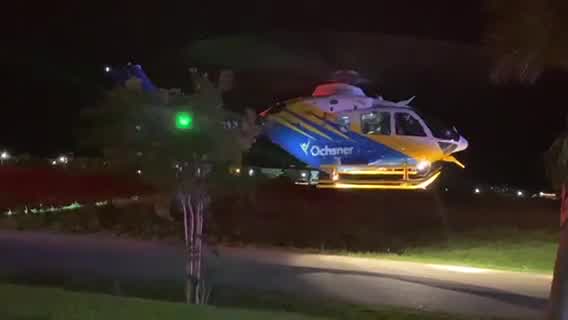 According to the Louisiana Department of Wildlife and Fisheries, around 9:30 p.m. there was a two-vessel collision between an 18-foot fiberglass bay boat and a 14-foot aluminum boat.

According to reports, the accident caused the two people to be ejected from the 14ft aluminum boat into the water.

Reports show one boater suffered broken bones, while the other suffered no injuries.

The boater who was injured was wearing a personal flotation device and was picked up from the water by a passing boat which was able to bring him ashore where an EMS was waiting.

The boater was airlifted to University Hospital in New Orleans for treatment of his broken bones.

According to reports, none of the people aboard the bay boat were injured.

Stay up to date with the latest breaking news, weather and sports! Download the WGNO News app and subscribe to our daily newsletter.