VCFI index falls for the first time in almost two 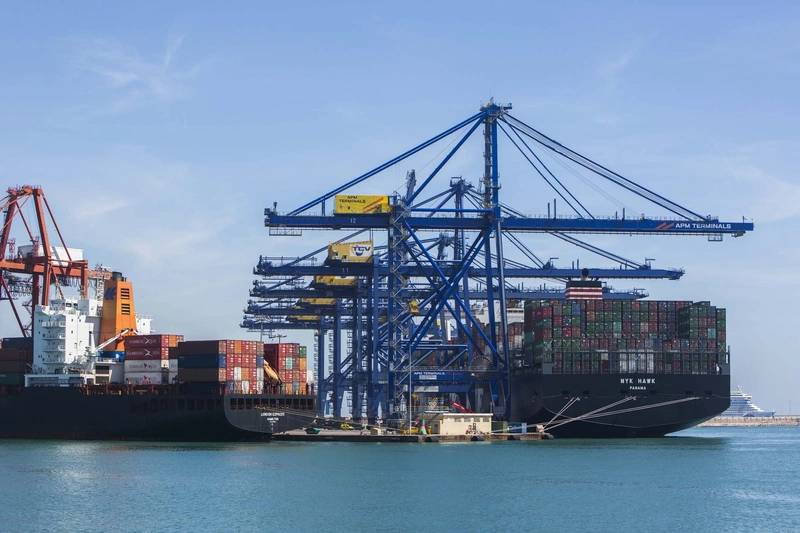 Russia’s war in Ukraine and soaring oil and marine fuel prices conspired to drive the VCFI indices to their first loss in 18 months.

Change in trend of indicators that measure the evolution of container transport costs. The Valencia Containerized Freight Index (VCFI) fell 0.19% in February compared to the previous month. After a year and a half of increases, the VCFI is breaking its upward momentum and contracting slightly, in line with the behavior recorded in recent weeks by other benchmark indices. Thus, the VCFI for February stands at 4,254.52 points, representing a cumulative growth of 325.45% compared to the start of the historical series in January 2018. Rising oil prices, geopolitical tensions, congestion shipping traffic in some ports and slowing demand in Asia all weighed on the VCFI in February. The Index fell in most of the areas analyzed, such as in the Far East where the drop was 1.73%.

In the last month analyzed by the VCFI, inflationary pressures have been a constant in many territories, with the energy component being one of the main protagonists. Thus, and during the geopolitical conflict caused by the invasion of Ukraine by Russia and after OPEC announced that it would maintain the planned gradual increase in its production, the barrel of European Brent crude oil rose by 12.28%, from $86.51 in January to $97.13 in February. , the highest price since 2014.

As far as shipping companies are concerned, and as Alphaliner points out, the capacity offered remains high for all ship segments, with commercially idle fleet levels at a minimum. Specifically, as of mid-February, 48 vessels were idle with a total of 101,419 TEUs (standard 20ft container), representing 0.4% of the total active fleet, a figure slightly lower than January’s figures of 117,178. TEUs and 0.5% of the total active fleet.

In this sense, as usual in recent months, supply has been conditioned by the high levels of congestion in some of the world’s main ports. According to the Southern California Marine Exchange (SCME), in the case of Europe the delay varied between 7 and 14 days while in the case of the United States the situation varies depending on the port, reaching a delay of 40 days in the worst case. .

In terms of analyzing the different areas that make up the VCFI, the general trend is downward. Of particular note is the decline in freight rates from the Middle East (-2.66%), the Indian subcontinent (-2.30%), the Far East (-1.73%) and the East African coast (-1%). On the other hand, freight rates in Latin America Atlantic (1.58%) and Africa West Coast (1.11%) increased.

As for the Western Mediterranean sub-index, the decline was 0.18%, standing at 2,123.83 points, but it is practically double that of February 2021. The cumulative growth in this zone was 112.38% compared to the beginning of the historical series. In terms of traffic from Valenciaport, a decrease in movements to Morocco was observed compared to the previous month, below the levels reached during the same month of 2020 but still above the figure for 2019. In the case of traffic towards Algeria and Tunisia, a clear decrease was reported compared to the previous month, even positioning itself below 2020 and 2021.

The Far East zone posted a drop of 1.73% compared to January. The index reached 3,760.93 points and thus accumulates a growth of 276.09% compared to the beginning of the series in January 2018. In this line, it is worth noting a drop in Valenciaport export flows with the China, its main trading partner. Here again, we must take into account the seasonality of the moment, marked by the Chinese New Year, which may have contributed to the drop in overall export flows to China due to holidays and the closure of factories.