US offshore wind farms could interfere with marine radar 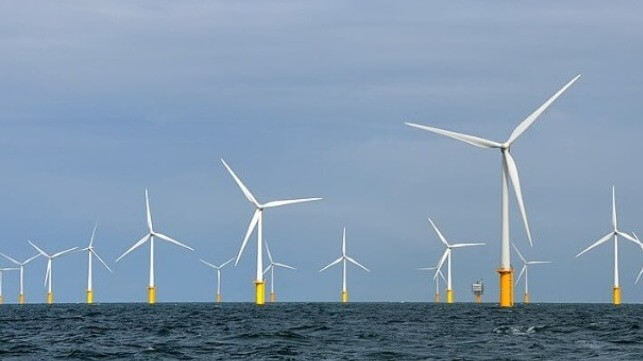 The Biden administration is pursuing ambitious renewable energy goals, including a goal of 30 gigawatts of offshore wind power capacity by 2030. That would be enough to power 10 million homes and could cut carbon emissions by 78 million metric tons.

To achieve such scale, the outer continental shelf of the United States will see a proliferation of wind farms. In less than a year, offshore wind energy planning has expanded from the US Atlantic coast, where most wind farms are located, to areas of the Gulf of Mexico and the Pacific coast, including the northern and central California. Cumulatively, these projects will cover 1.6 million acres.

But a new study from the National Academy of Sciences finds that large areas of wind farms along a coastline can also interfere with marine radar systems.

“Wind turbines in the marine environment affect the radar of marine vessels in a situation-dependent manner, the most common impact being a substantial increase in strong, reflected energy gathering the operator’s display, resulting in complications in navigational decision-making,” the report notes.

This could increase the risk for larger and smaller vessels to sail through shipping channels crowded together by offshore wind farms. With hub heights of most wind turbines exceeding 100 meters, with steel towers, these large installations can have significant electromagnetic reflectivity. Therefore, turbines installed within the line of sight of a radar system can cause clutter and interference, in some cases reducing radar performance.

If spinning, the blades can have large and numerous Doppler returns due to their motion relative to the radar system. The Doppler effect occurs when sound waves shorten as a moving object approaches an observer. In this case, the rotating blades could shorten or distort the radar signals sent by passing ships. It can produce what is called a “blade flash” on a ship’s radar screen, creating false images that look like boats and can ultimately confuse a human radar operator aboard a ship.

Although maritime agencies are aware that offshore wind turbines can cast radar shadows, the impacts of large-scale wind energy development as envisioned along the US coast have not yet been thoroughly studied.

The report also notes US Coast Guard concerns that radar interference could hamper search and rescue missions for vessels in trouble around wind farms.

At the operational level, the report proposes a number of solutions. These include a greater reliance on non-radar navigation tools near a wind farm, such as additional lookouts, AIS and ECDIS.

The researchers also proposed several technical means to reduce turbine-related interference, such as improved radar signal processing; installing radar reflectors on small vessels to minimize lost contacts; and the development of solid-state radar – best known as the underlying technology for the US Navy’s SPY-7 Aegis system – for commercial marine use. “Solid-state radar offers greater potential for overcoming [turbine] interference than magnetron radar. The . . . the stakeholder community could encourage innovation in [radar] produced by manufacturers to promote radar designs with increased immunity to [turbine] interference,” they suggested.