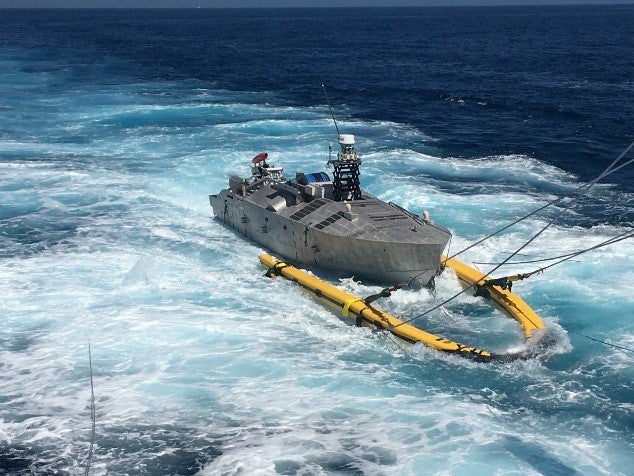 The Office of the Chief of Naval Operations (OPNAV) of the United States Navy has declared Initial Operating Capability (IOC) for the Unmanned Influence Scanning System (UISS).

The announcement was made by the Program Executive Office (PEO) Uncrewed and Small Combatants (USC).

This is the first time the US Navy has declared an IOC for an unmanned surface platform.

The UISS is a key component of the US Navy’s Mine Countermeasures Technology Suite (MCM) and can be operated from Littoral Combat Ships (LCS), as well as from land or ships used (VOO).

Managed by PMS 420 within PEO USC, the UISS program has completed formal testing of the vessel.

A logistics system and training equipment including well-trained fleet personnel were also delivered under this program.

Staff will assist in the execution of mine clearance under the MCM MP.

Weekes added, “Over the years, the program has worked tirelessly to mature and deploy the UISS that will keep the Navy’s most valuable asset, our sailors, safer by keeping them out of minefields.

“With this statement, the program is moving closer to the system-wide IOC for MCM MP.”

The US Navy’s UISS is designed to provide acoustic and magnetic mine clearance capabilities, as well as a diesel-powered, semi-autonomous unmanned surface vehicle (MCM USV).

An integral part of the MCM mission package, the aluminum-hulled MCM USV serves as a towing platform for clearance and minehunting missions.