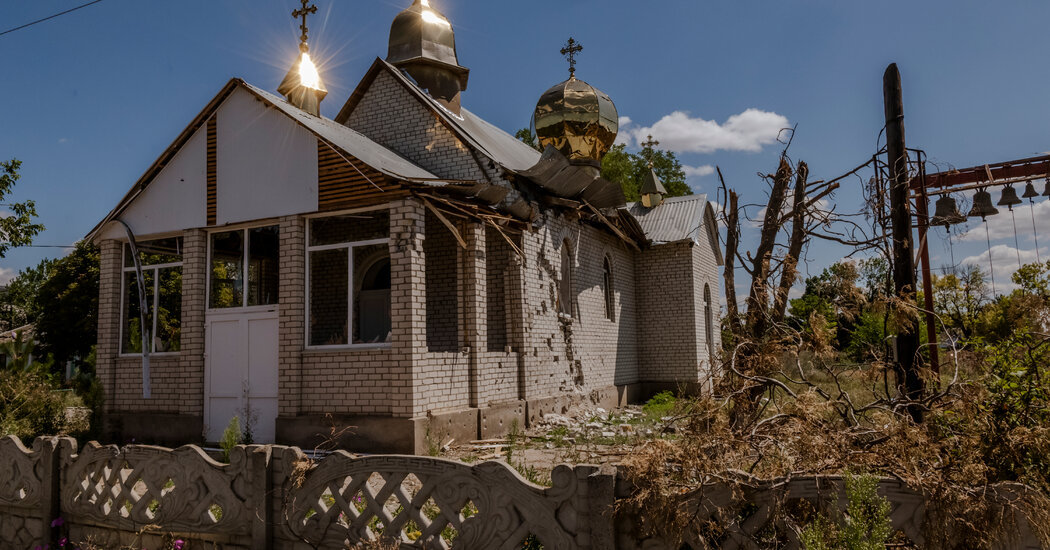 Ukraine is pushing ahead with its plan to resume grain exports across the Black Sea despite a Russian missile attack on the port of Odessa that raised doubts about the viability of an international deal to ease a global food shortage.

Millions of tonnes of grain in Ukrainian ports have been held hostage by war, but an agreement reached in Istanbul on Friday involving Turkey and the United Nations appears to offer hope, especially for countries in Africa and the Middle East. Middle East most dependent on the country’s exports.

Saturday’s missile strike, which damaged port infrastructure, called into question the viability of the plan to release some 20 million tonnes of grain trapped in Black Sea ports. But President Volodymyr Zelensky and other officials insisted on Monday that Ukraine would continue deliveries, while denouncing the Russian strike on Odessa.

“Ukraine, for its part, will do everything necessary to ensure the export of agricultural products from its Black Sea ports, and the question of the safety of ships from various countries depends on the United Nations and Turkey , which negotiated with the Russian Federation in this regard,” Zelensky said at a press conference on Monday.

Russia said the strike targeted a military facility at the port, not facilities for grain shipments.

Under the deal, Ukrainian captains would be protected as they sailed their ships out of the harbor – which was sown with mines to prevent an assault on the city – and into the Black Sea, where the Russian navy is dominant.

A spokesman for Odessa’s regional military administration, Serhii Bratchuk, told a news conference that the port was “working on building up ship caravans.” These caravans of ships will be responsible for respecting the commitments made in the framework of the agreements concluded. »

Security remains paramount and the port will not be fully unblocked, he said. “We are only talking about a corridor that will work and be used to export Ukrainian grain,” Bratchuk said.

The agreement to open the port to grain exports took months of negotiation and sometimes seemed doomed. As part of the deal, a joint command center with Ukrainian, Russian, Turkish and UN officials will be set up in Istanbul to monitor the movements of the grain fleets. The ships will head to Turkish waters to be inspected by officials.

Turkish President Recep Tayyip Erdogan has acknowledged Russian violence and urged all parties to honor their commitments. “We can see how sensitive the process is still since the attack on the port of Odessa on Saturday,” he said in a Turkish television program on Monday.

A United Nations spokesman said the UN would be present at the command center by Tuesday.

“We expect the first ships to be able to move within days,” spokesman Farhan Haqall said.

Hunger in parts of the world far from the conflict is just one of the profound consequences of Russian President Vladimir V. Putin’s decision to invade Ukraine five months ago. The war has also strengthened NATO, given the European Union a new direction, spiked energy prices, slowed global growth, reshaped alliances and left Moscow weakened and isolated by sanctions.

On Sunday, Moscow sent its Foreign Minister Sergei V. Lavrov on a four-day trip to Africa to argue that the West, not Russia, is to blame for grain shortages. He said that the poorest countries are victims of the richest.

“We know that African colleagues do not approve of the undisguised attempts of the United States and its European satellites to gain the upper hand and impose a unipolar world order on the international community,” Lavrov wrote in an article. published in newspapers. in the four countries he visited: Egypt, Ethiopia, Uganda and the Republic of Congo.

Some governments in Africa and the Middle East are reluctant to alienate either side of the conflict, both because of a desire to maintain access to Russian grain and other exports and because of a policy of preserving friendly ties with Moscow that often dates back to Soviet times. time.

A growing Ukrainian counteroffensive aimed at retaking territory in another coastal province, Kherson, is likely to further complicate the grain export plan. In a sign of escalating fighting in the south, Ukraine has ordered residents of Shevchenkove, a village it controls near the frontline in Mykolaiv province, to evacuate, the Mykolaiv City Council announced on Monday. . The inhabitants were ordered to go to Odessa.

Ukraine’s military said on Monday that its planes had attacked five Russian targets in Kherson province in the past 24 hours.