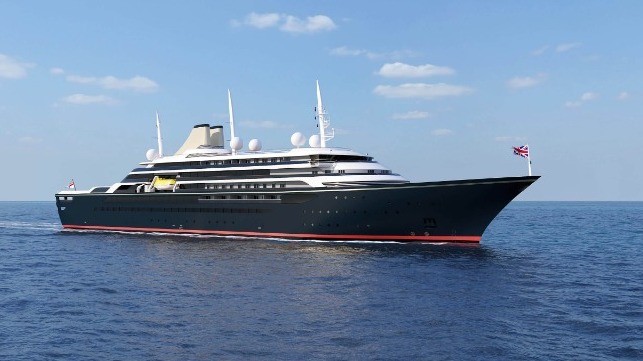 Harland & Wolff notes the Department of Defense and Defense Equipment and Support’s announcement that the procurement process for the design of the new National Flagship has been suspended.

A design of the vessel submitted by Harland & Wolff was a finalist in the industry-wide competition, which was originally due to end earlier this year.

John Wood, Managing Director of Harland & Wolff, said: “We are proud that our team’s design was one of two finalists in a prestigious programme, which would have been a global showcase of the best in shipbuilding and of British engineering and demonstrates the skills that exist within Harland & Wolff and our partners.

“The National Flagship program would have contained state-of-the-art design and technology to showcase the UK’s shipbuilding heritage, as well as the exceptional innovation we have in this country that is currently incorporated into current ships. and future.

“We are certain that if the National Flagship had been laid down, the ship would have returned many multiples of its construction cost to the UK economy over several decades, acting as an international demonstration of the creativity and engineering talent that the UK has to offer.

“The planned advancements for the program were not just limited to the ship itself. We expected to use the National Flagship as a launch pad for green shipbuilding, demonstrating how the industry can significantly reduce its environmental footprint.

“Obviously the decision to suspend is disappointing, but we understand the reason for doing so, given the current macro-economic environment and the current situation in Ukraine.

“We recognize that the government, and the Ministry of Defense in particular, must prioritize their budgets and focus on the most urgent and strategically vital programs that ensure the defense and security of the nation.

“Given the global trade that can be brought to the UK by a ship like this, we expect that a ship like this – whether government or private – will come back to the table at the future and we remain ready to help at that time.”