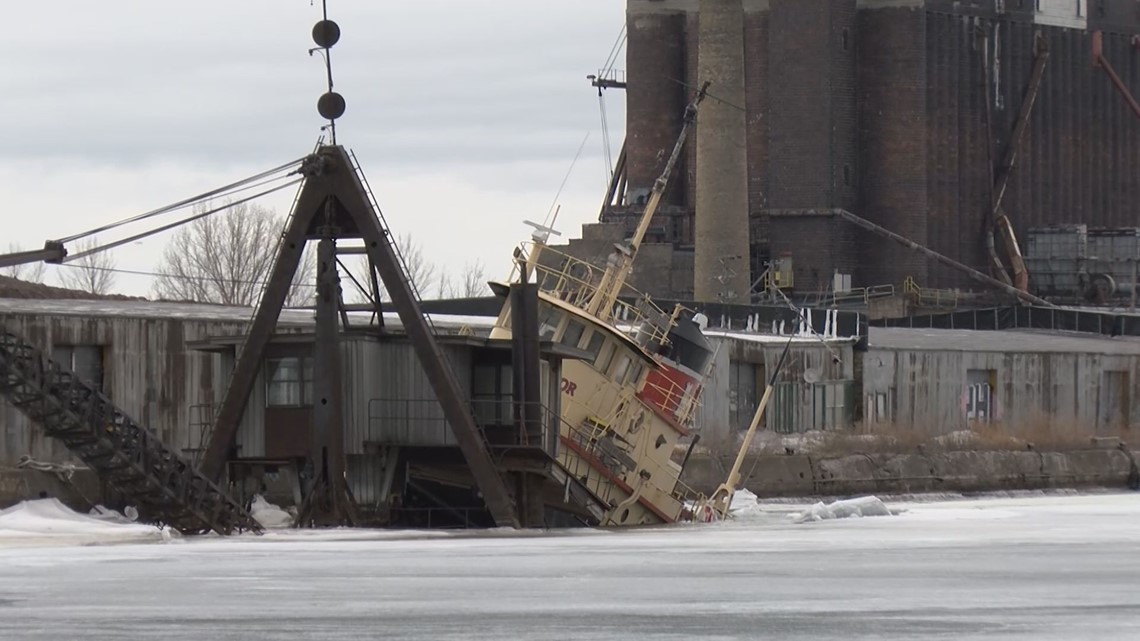 The World War II ship, formerly part of the Army Corps of Engineers, was reported to the Coast Guard as taking on water around 9 a.m. Monday.

KBJR News reports that the US Coast Guard received a call around 9 a.m. that the old tugboat, moored at a dock near Railroad Street, was taking on water. Officials say people noticed over the weekend that the boat was beginning to sink, but appeared to be held up by thick ice. The rise in temperatures is probably responsible for the melting of the ice and the sinking of the boat.

Coast Guard officials are monitoring the situation in case diesel fuel or lubricating oil from the ship begins to spill into Lake Superior.

The sinking tugboat, once operated by the US Army Corps of Engineers, is now privately owned and recently put up for sale. This listing indicates that the tugboat, named The Lake Superior, was built in 1943 and used to storm the beaches of Normandy during World War II.

After retiring from the Corps in 1996, Lake Superior became a floating museum moored in the Twin Ports until sold to a private individual.

Watch the latest local news from the Twin Cities in our YouTube Playlist: