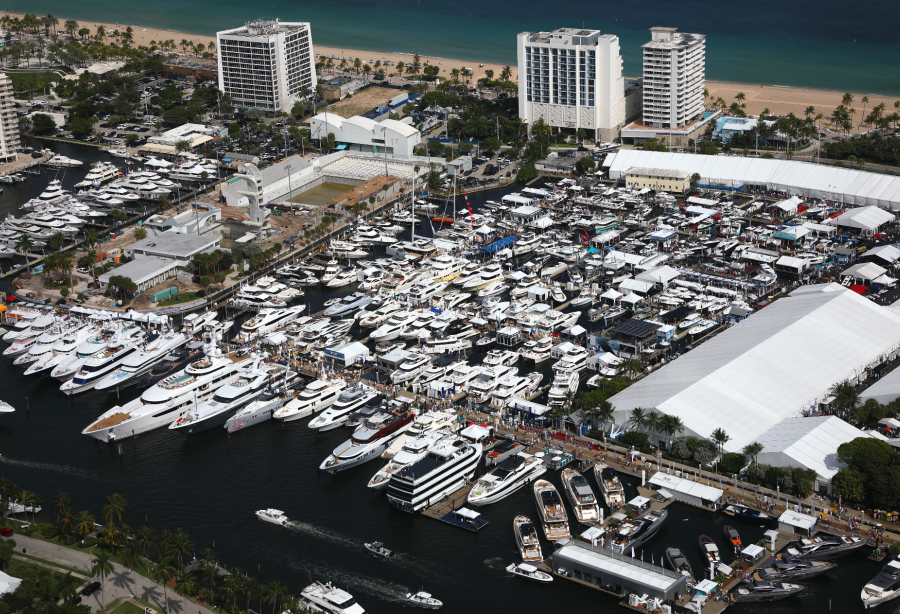 Video of the day: My Song’s electrifying performance in Sardinia

The new ClubSwan 80 finished on the podium in the Rolex Swan Cup and in two out of four Maxi Yacht Rolex Cup races. The ClubSwan 80 is the product of Nautor Swan which has brought together a truly international team: design by the Juan-K studio, CFD development, built by Persico Marine, with Nauta for the interior design, Vittorio Volontè as project manager, composite structure carried out by Pure Engineering, rig design by Scott Ferguson and developed by Southern Spars, sails developed at North Sails. You don’t expect a brand new boat with a rookie racing crew to finish on the podium on its first competitive outing. And yet, that’s exactly what My Song, the new, achingly-lined ClubSwan 80, has achieved. The feat is all the more impressive as it came in the teeth of some of the toughest big boat competitions in the world, at the Maxi Yacht Coupe Rolex. And then, to demonstrate that it wasn’t a matter of luck, My Song repeated the trick the following week in a windy Swan Cup. “As My Song hovered ahead of bigger boats, the sailing world sat up and took notice. Personally, I would love to see a fleet of at least five ClubSwan 80s competing in the maxi-events, and i think that’s a real possibility in the years to come linked to performance boats, which are also the lightest, and from that platform there’s a series of interiors and features that can be Working as a team, we managed to make performance and comfort coexist depending on the use of the boat, and it’s very exciting” says Juan K. “My Song was only launched in June, a carbon fiber dream with a canting keel and a forward turning canard, Mario Pedol of the Nauta design studio added: “Despite very little yachting experience, they took first and third place on different days of the Maxi Yacht Rolex Cup. We couldn’t be happier! The owner of My Song, the very experienced sailor and industrialist Pier Luigi Loro Piana, was delighted. “This boat has been a labor of love that has taken place over three years. Not a day has gone by that I haven’t been directly involved in the project. Just stepping on board this magnificent yacht now is a delight, but to make two podiums in our first regatta shows, there is exceptional potential here.”Hopes were high on the first day of the six-day Maxi Yacht Rolex Cup, which took place in treacherous conditions. ideal from 15 to 22 knots off Porto Cervo. The boat was designed after many hours of complex CFD calculations and looks at every inch of the racer. But its promise wasn’t confirmed until the bar swayed to the top mark and the huge asymmetrical sprang to life. “At that time we were all fascinated,” says Nauta’s Mario Pedol, who was racing on board that day. “We watched the instruments in disbelief, then watched our boat overhaul one, then two, then several of the larger yachts as we glided downwind. I don’t think an all-Italian crew has ever been silent for so long! My Song posted a solid third place in the first race of the regatta, which set the tone for the rest of the event. The highlight came on the final day, when a strong wind blew the boats around a 27 nautical mile coastal course that plunged into the Maddalena Archipelago and then veered off again for a long downwind south leg.In this endurance race, My Song took an overwhelming first place. No way!In the water in racing configuration and with our full crew a week before the prestigious Maxi Yacht Rolex Cup, where we faced extraordinary opponents.At the start of the first race, when we finally jumped into the fray, we realized that what we had imagined could come true. The CS80 has extraordinary potential, the concept, design and construction process can turn into a solid and concrete success. We were competitive in handicap despite the canting keel/duck configuration. Performance – taken for granted in the outwind stages – was just as good upwind and the boat was easy to handle with a crew of just 18. His performance the following week in the Rolex Swan Cup was perhaps even more remarkable. . In a seven-person fleet that raced up to 115ft LOA, My Song scored three second-place finishes in four races. And if she had been 33 seconds faster on day three, she would have taken second place overall. As it stands, she settled for an electrifying third. This is the best possible start for the ClubSwan 80. Several months were spent at the start of the project thinking about different options for the boat’s hull and appendages. Foils and fixed keels were quickly abandoned in favor of the canting keel and rotating canard, as they offered the best balance between performance and user-friendliness. Once the optimum configuration was agreed upon, the Nauta team set about designing an interior that would meet the demands of comfortable cruising without sacrificing speed on the racetrack. The interior furnishings have been constructed from a mix of foam core carbon fiber and flax fiber composite, and can be removed quickly and easily if required. Two people can transform the boat from race mode to cruise mode or vice versa in just two days. Nautor’s Swan was founded in 1966 in Pietarsaari, Finland. The builder entered the superyacht market in 1999. Since then, the yard has continued to build performance yachts in three different ranges; ClubSwan, Swan Yachts and Maxi Swan Yachts. Credits: Carlo Borlenghi/The Swan of Nautor; Nautical design