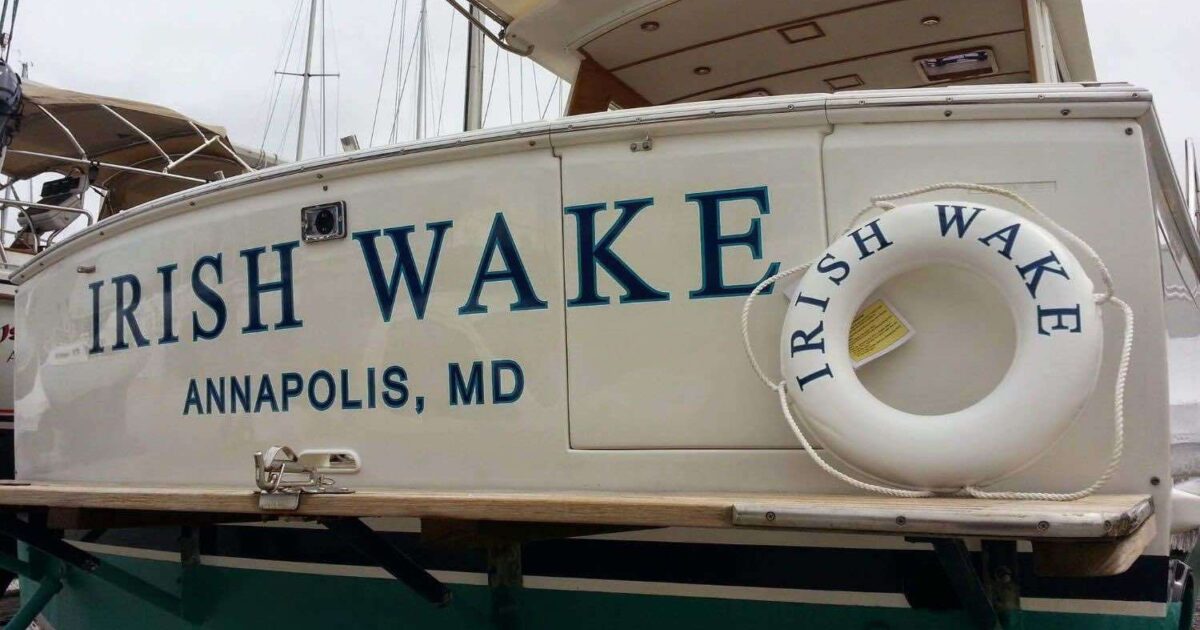 Every year, BoatUS, which is short for Boat Owners Association of the United States, releases its list of top 10 boat names. Click here to see lists dating back to 2010.

I’m not the sharpest hook in the tackle box, so I had to google the name Andiamo. It means “Let’s go” in Italian. Who knew?

Boat names allow owners to express themselves in different ways.

Of course, there are plenty of clever boat names that aren’t in BoatUS’ top 10 for 2021, and some of my favorites include Grounds for Divorce, Slush Fund, and Moby Debt.

It appears that owners of small boats are less likely to name their boat than those with larger ones. But there are certainly exceptions. Example: My 19-year-old son has a battered 14-foot aluminum boat, and after taking possession of it, he carefully placed capital letters on the side that spell Slaunch Donkey. I think that’s young angler slang for a largemouth bass.

My 16.5ft fiberglass fishing boat says Skeeter on the side, but that’s the brand, not a name I gave. And the same goes for my vintage 12ft aluminum boat with the Fisher brand name on the side.

This sailboat owner gets bonus points for a safety-themed name.

If I ever win the lottery and can afford a huge fishing boat – like those used on the Great Lakes – what am I going to call it? I think I should play the nostalgia card and go for the SS Minnow, from one of my favorite TV shows as a kid, Gilligan’s Island.

One of the most famous ships of all time, the SS Minnow of Gilligan’s Island.

PS A little trivia about Gilligan’s Island: if you were a fan of the show, then you know you want to sing the theme song. . . “The Minnow would be lost. The Minnow would be lost.” Click the play button below to watch the season 1 intro. I always found it funny/interesting that the producers changed the ending of the first season intro. Apparently Bob Denver, who played Gilligan, wasn’t happy with the ending of the song which read “…and the rest” and he threatened to have his name removed from the show’s credits unless they don’t add “The Professor and Mary Ann” to the intro. Thus, it was changed for all subsequent seasons.