This photo of 11 Japanese Hatsuyuki-class destroyers is damn impressive 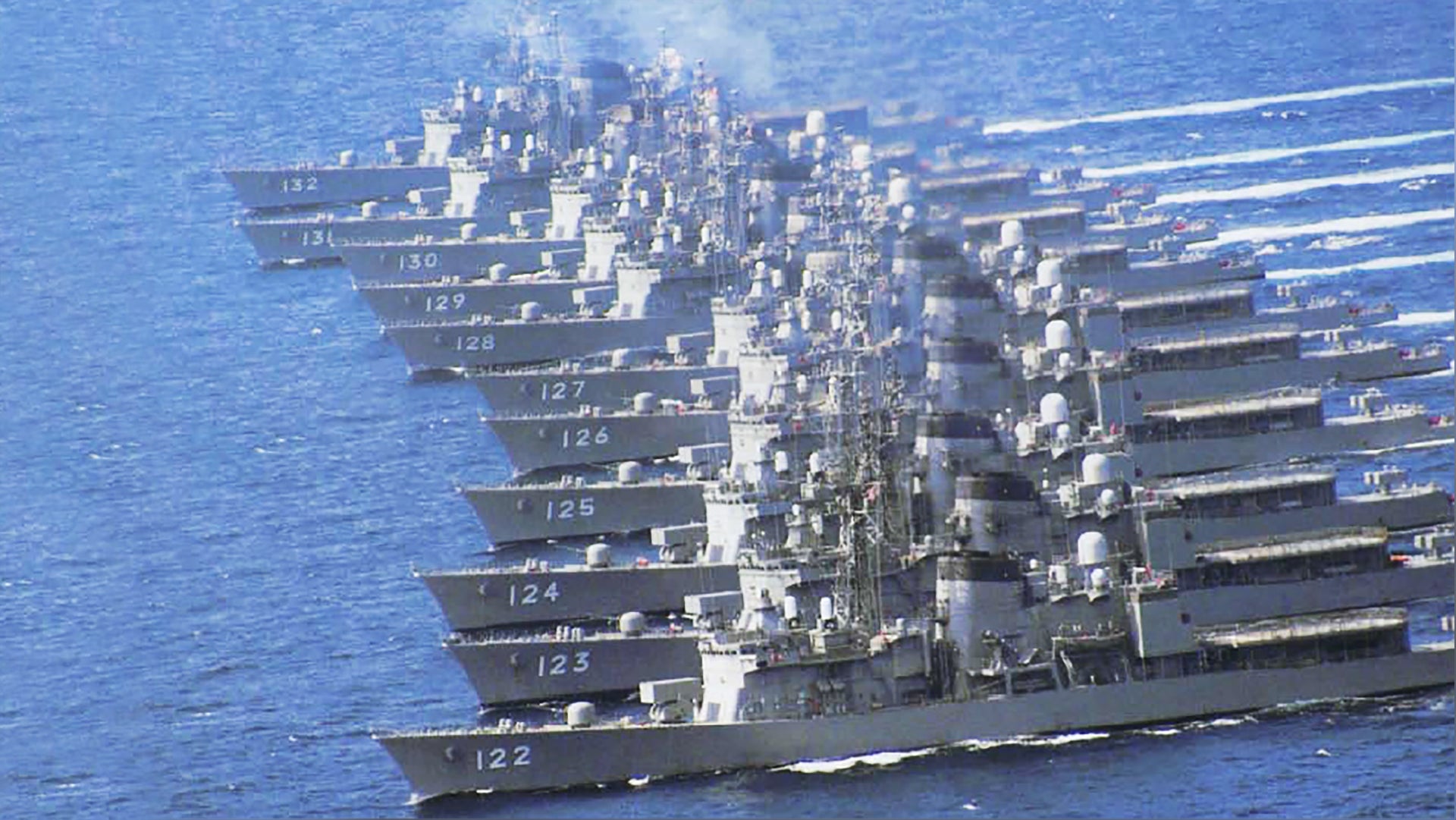 A show of a snapshot shared on Twitter by the official account of the Japanese Maritime Self-Defense Force (JMSDF) shows 11 of the 12 Hatsuyuki-class destroyers ever produced sailing side by side in a towering formation. The ships are lined up in order of their hull numbers, which are clearly displayed in the photo.

The fact that DD-122, the oldest ship in the class, is included in the range photo means it was likely taken before 2010 when the ship was decommissioned. This would suggest the image was captured over a decade ago and, although we don’t have an exact date, the image still serves as a visual reminder of the time spent at sea by chartered destroyers.

The HatsuyukiClass ships certainly deserved a bit of commemoration, at least from a technical standpoint, given that these ships were the first generation of “general purpose” destroyers to ever serve the JMSDF.

Built in collaboration between several manufacturers, including Hitachi Zosen Corporation and Mitsubishi Heavy Industries, the Hatsuyuki-class frigates were the first ship type in Japanese service to be designated as multipurpose, or DD, which is a widely used categorization for destroyers that combine both anti-aircraft and anti-submarine capabilities. Until the introduction of the Hatsuyuki class, previous JMSDF destroyer classes had been designated as DDA for the anti-aircraft type and DDK for the anti-submarine type.

At its peak, 12 destroyers made up the Hatsuyukiclass fleet, ships with hull numbers beginning with DD-122 and ending with DD-133. The first ship of the class, the JS Hatsuuki (DD-122), was laid down in 1979, launched the following year and finally commissioned in 1982. Production then increased rapidly and the remaining 11 ships were all launched and commissioned by the late 1980s .

The ships are about 426 feet long and have an average displacement of about 3,000 tons, with the DD-129 to DD-133 ships pointing to the heavier side after manufacturers started building the ships with steel as opposed to the aluminum alloy that was used. for the first seven. Hatsuyuki was also the first class of JMSDF destroyers to use a combined gas propulsion system consisting of two Kawasaki-Rolls-Royce Tyne RM1C gas turbines for cruising and two much more powerful Kawasaki-Rolls-Royce Olympus TM3B gas turbines to reach its maximum speed of 30 knots.

During the Cold War, Japan conducted reviews for both series of the JMSDF’s destroyer fleet and concluded that more work needed to be done in order to keep pace with the technological advancements of opposing nations in the 1970s. For example, the Soviet Union’s improved submarine fleet and anti-ship missiles prompted Japan to optimize its naval presence. The reviews thus led the JMSDF to adopt what is described as the “eight ships, eight helicopters” concept, which meant that each flotilla would consist of one helicopter destroyer, or DDH, two guided missile destroyers, or DDG , and five newly-designed general-purpose destroyers to better complement their maritime defense.

In terms of armaments, the Hatsuyuki was the first in the JMSDF to be fitted with the Sea Sparrow missile system which used a Japanese-made FCS-2 fire control system and was located aft in a box launcher. Besides the Sea Sparrow, the Hatsuyuki-class was armed with a 76 mm naval gun manufactured by OTO Melara, two Phalanx Close-In Weapon System 20 mm point defense weapons manufactured by General Dynamics, as well as Harpoon anti-ship missiles manufactured by Boeing. In addition to this, eight RUR-5 anti-submarine rockets and their respective launchers are on board as well as two HOS-301 triple torpedo tubes intended for Mk-46 torpedoes.

In 2010, however, budget constraints meant that the SC Hatsuyuki became the first of its class to be decommissioned. From then until 2016, six other destroyers were also withdrawn from service, and the remaining five followed suit between the years 2020 and 2021. Japan has significantly upgraded its surface combatant fleet over the past two decades, leaving the Hatsuyuki-class largely exceeded in terms of capabilities.

It’s not the end of the world for the Hatsuyuki class, however, because between 1999 and 2016, four of these vessels were reassigned to serve as training ships. Despite the conversion, footage that has surfaced showing the training ships in action reveals that they still have their weapon systems intact.

Considering that all Hatsuyuki-The combat days of class destroyers have passed and only a few have been spared for training, the photo could later serve as a trace of the final assembly of the fleet, without DD-133. Either way, it was definitely a sight to behold.

The banner image has an enlarged sea area on the left side to fit the proportions of the banner. The original is embedded in this article.