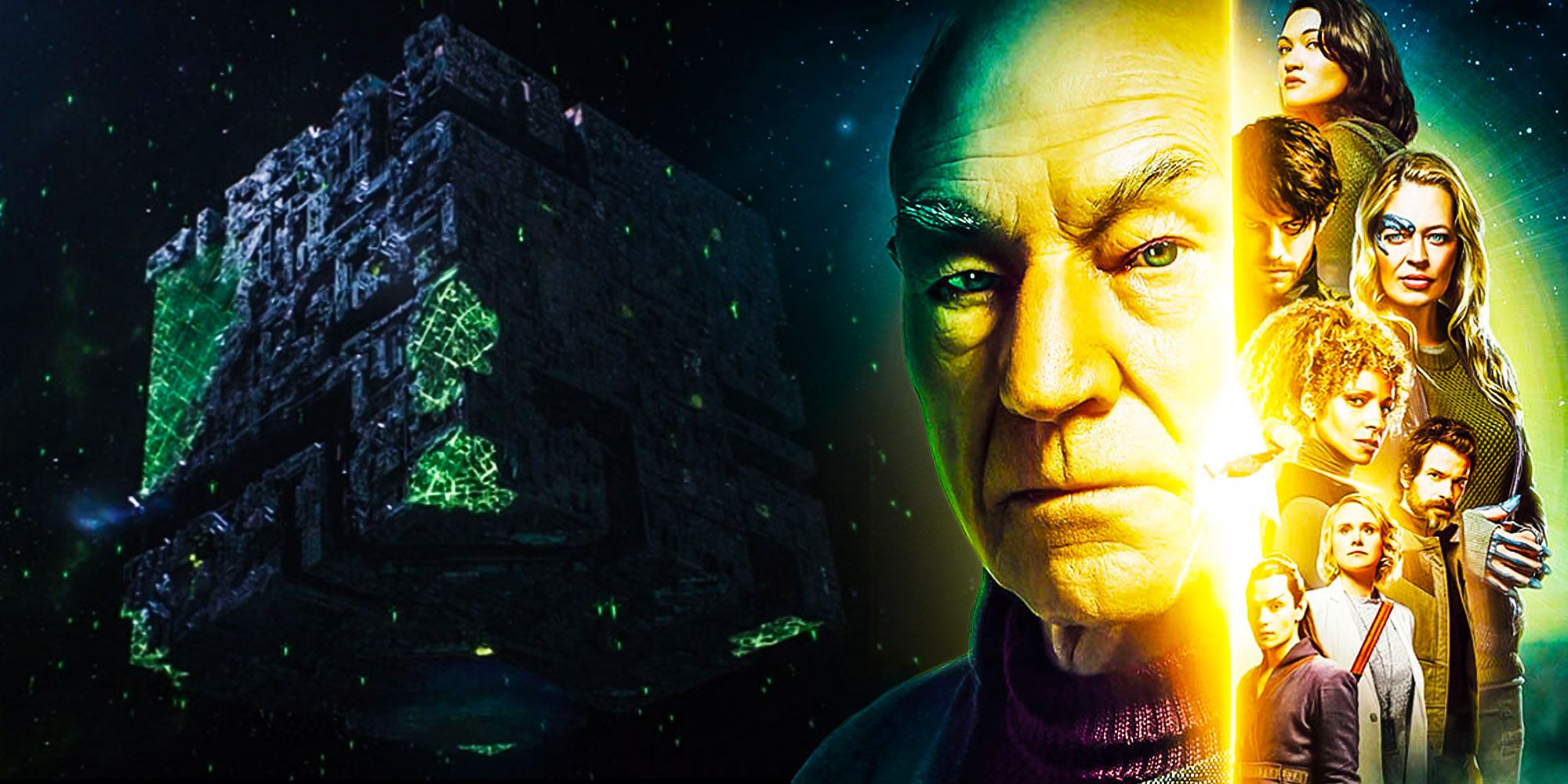 Star Trek: Picard reveals that the Federation took control of the Borg Cube artifact, but integrating Borg technology into the Stargazer was a tragic mistake.

How easily the Borg Queen (Annie Wersching) took control of the USS Stargazer in Star Trek: Picard The Season 2 premiere shows that the United Federation of Planets made a huge mistake with their Borg technology acquired from the Artifact. Star Trek: Picard Season 2 picks up a year and a half after Season 1 ended when Admiral Jean-Luc Picard (Patrick Stewart) stopped former Synths from another galaxy from attacking the Federation. Meanwhile, the Borg Cube artifact has been left abandoned on the planet Coppelius, the homeworld of Soji (Isa Briones) and her family of androids.

The artifact, a Borg cube that was deactivated in the 2380s after assimilating a Romulan ship, was central to Star Trek: Picard season 1. In 2399, the artifact, as it had been renamed, was under Romulan control and was the site of the Borg Reclamation Project, led by its director, Hugh (Jonathan Del Arco). Unaware that she was synthetic at the time, Soji worked at the Borg Reclamation Project, where she was targeted by Narek (Harry Treadaway), a Tal Shiar agent seeking the location of Soji’s homeworld. Seven of Nine (Jeri Ryan) eventually took control of the artifact and transported it via a transwarp conduit to Coppelius to aid Picard. The planet’s orchid defense system caused the artifact to crash on Coppelius. When Star Trek: Picard season 1 ended, the artifact – and the recovered Borg XBs that survived – remained on Coppelius.

Obviously, in the year and a half since Star Trek: Picard season 1 ended, the Federation took possession of the Artifact on Coppelius. Although the Federation made a treaty with the Romulans when the artifact was the site of the Borg salvage project, the defeat of the Zhat Vash led by Commodore Oh (Tamlyn Tomita) gave Starfleet the opportunity to get their hands on Borg technology. It’s not yet known what happened to the XBs aboard the Artifact, but the Federation has obviously given Starfleet the green light to integrate Borg technology, starting with the new USS Stargazer.

It may have seemed like a good idea for the Federation to use the technology of its greatest enemy to give Starfleet an advantage, but it obviously turned out not to be the case. Once again, the Federation has underestimated the Borg. Indeed, the Borg Queen’s gamble was a tragic success, resulting in massive destruction and the death of Admiral Picard. It was only through the intervention of Q (John de Lancie), who altered the timeline, that Picard survived the Federation madness. The Borg Cube Artifact’s takeover led to the Borg Queen defeating Picard and wiping out an entire Starfleet armada in Star Trek: Picard first episode of season 1.

Why WWE Changed The Undertaker To A Biker (Then Replaced Him)

John Orquiola is a features team writer and interviewer who has worked for Screen Rant for five years. He began as an assistant director on various independent films. As a lover of film and film theory, John wrote humorous film reviews on his blog, Back of the Head, which got him noticed by Screen Rant. John happily became the Star Trek guy at Screen Rant and he leads the coverage of the various Star Trek series, but he also writes on a wide range of topics from the Marvel Cinematic Universe to Cobra Kai. His other big nerdy love is British TV series like The Crown, Downton Abbey and Killing Eve. John can be found on Twitter @BackoftheHead if you want to see pictures of the food he eats.