“The crew are optimistic for the future” 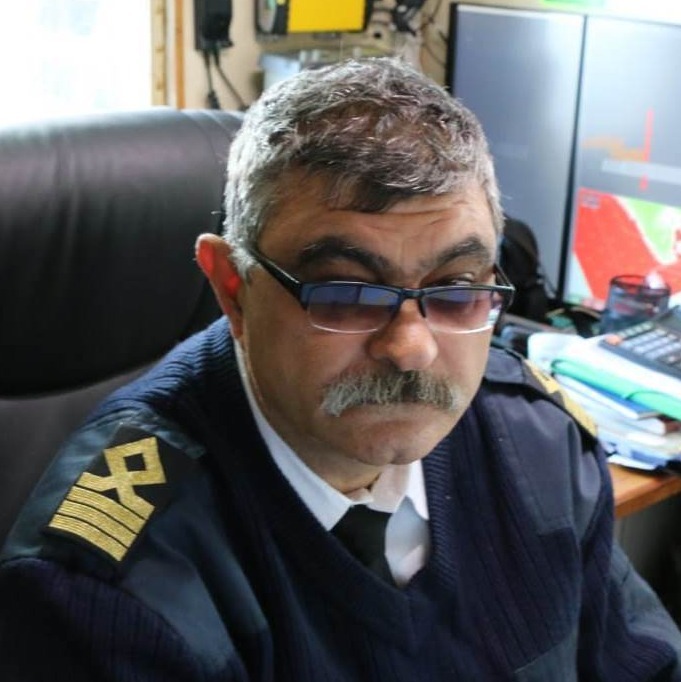 FSUE Rosmorport is organizing remote control and autonomous navigation tests on its Rabochaya hopper barge. Ildar Mirgiyazov, ship’s captain and captain-instructor of the Taman department of Rosmorport, explains to IAA PortNews the practicality of the tests, the system failures revealed, the outlook and the usability of the technology.

– Sir. Mirgiyazov, tell about your previous maritime experience and the start of your work on the Rabochaya

– My career started in the Navy. Then, after a retraining, I worked for 16 years for the maritime traffic control system of the Kavkaz port then I became a captain-instructor.

My work on the Rabochaya barge started two and a half years ago with the start of the remote control and autonomous navigation experimentation.

– Where is your workplace located and what does it look like? How is the work process organized?

The working process includes moving the barge to the dredge for loading the dredged material, after which the barge delivers the soil to the drop area.

– Is it difficult to handle this new equipment? How were you trained?

– I was trained during operation working in conjunction with the representative of the equipment supplier, SITRONICS KT, JSC. Since this is a new system, I would say we were both in training. As for the challenges, this control of the system is less of a problem for an experienced ship captain who can get used to it fairly quickly.

– Have there been any breakdowns or disconnections with the barge? How crucial were they?

– Yes, we have had cases of loss of communication in certain areas. We still have some issues with the data exchange between the dredge and the barge although they cannot be characterized as critical. The loss of communication only lasted a few seconds, which was not a problem considering the speed of operation.

The tests revealed some flaws in the mathematical model applied in the autonomous navigation system for the calculation of the closest approach. However, it should be noted that the system is continuously improving during pilot operation. The revealed defects are eliminated. After all, this is a pilot project. Now, with the application of satellite communication technology, the data transmission channel between dredge and barge is more stable.

– What is your general opinion on this technology from a professional point of view? Is it user friendly?

– The crew are optimistic for the future as they see the potential of this technology. Apart from remote-controlled operation, the barge can subsequently move in autonomous mode. Today, we can already define some travel parameters, such as a route and a schedule. The autonomous navigation system analyzes the movement of the vessel on the route and offers options for the passage of objects or other vessels observed on the route. Thus, at this phase the system does not undertake any maneuver of passage in an autonomous way but functions as a system of decision support, proposes solutions which can be approved or disapproved by a captain. Based on a specific case, I can say that the system offered options to pass five ships simultaneously. So, such technology has a future, of course.

– Are you planning to participate in the training programs for captains of remote-controlled and autonomous vessels that the Russian University of Transport is launching in 2022?

– If invited, I will be happy to share my experience.