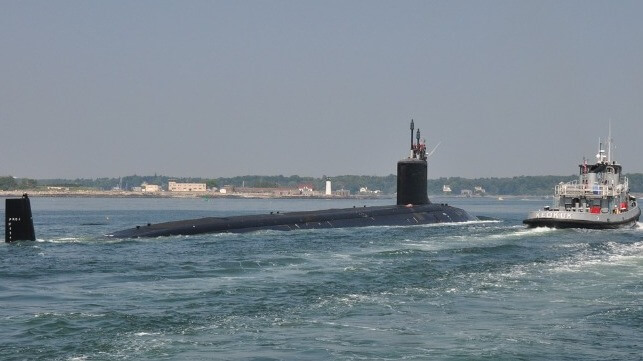 Australia’s plans to build nuclear-powered submarines using technology provided by the United States could cost $ 122 billion to implement, according to a major think-tank analysis.

In a new report, the Australian Strategic Policy Institute (ASPI) has determined that the most cost-effective approach to implementing the Australia-UK-US Submarine Partnership (AUKUS) signed in September would cost between 83 and 92 billion dollars. This option of “economic construction” assumes that the submarines would be built in Adelaide and that they would be built in parallel with a quick delivery time.

If the submarines are built sequentially using a “build-in-time” approach, with delivery every three to four years, construction would take longer and the total cost delivered would be higher – between $ 109 billion and $ 122 billion. , including the effects of inflation.

“This new venture will be a huge undertaking and possibly the largest and most complex undertaking that Australia has embarked upon. The challenges, costs and risks will be enormous. It will likely take at least two decades and tens of billions of dollars in sunk costs before Australia has a useful nuclear military capability, ”the report said.

Cost drivers include both the US and UK shift to larger submarine designs; choice of construction strategy; and the broader support system and infrastructure required for the operation of nuclear submarines. The authors added that once these cost drivers are fully understood, it is quite possible that the estimates would increase dramatically, which would impose a heavy burden on taxpayers.

In September, the Australian government announced that it would acquire a nuclear submarine capability (SSN) with support from the United Kingdom and the United States. With little notice, he abandoned a previous diesel-electric sub-agreement with France; this pre-existing arrangement was already facing the possibility of cancellation due to scheduling and capacity issues. Its acquisition cost would have been in the order of $ 40 billion in constant dollars, although cost growth is a growing concern.

Under UKUS, the Australian government has announced its intention to acquire at least eight nuclear-powered submarines ranging in size from 7,000 tonnes to 10,000 tonnes.

According to ASPI, Australia’s decision to invest in the deadly high-capacity submarines was largely motivated by the shift in military balance in the Indo-Pacific region, where China uses “military might and intimidation to achieve one’s ends ”.

“The Australian government has felt that the risks and uncertainties associated with China’s continued aggression and coercion against its neighbors justify taking the significant political and economic risks associated with this move,” the report said.

Australia views nuclear powered submarines as an important deterrent given their clear superiority over conventional submarines, especially their speed, endurance and ability to generate time in place.

As an example, the report notes that it takes 20 days for a diesel submarine to reach the South China Sea from an HMAS Stirling base in Western Australia, then another 20 days to return – leaving just 11 days on patrol. During this time, the submarine would need to pierce the surface several times to recharge its batteries, exposing it to the detection of ships, submarines, planes and satellites due to its increased radar, sound and thermal signatures.

In comparison, a faster nuclear submarine would take around seven days to reach the area of ​​operations and it would take an additional seven days to return, which would allow 75 days of patrol with its greatest endurance. This would represent 600% more time on station for a single mission, and at no time would the submarine need to pierce the surface.