The amphibious arena has a new sea craft: discover the SECAT from Textron Systems 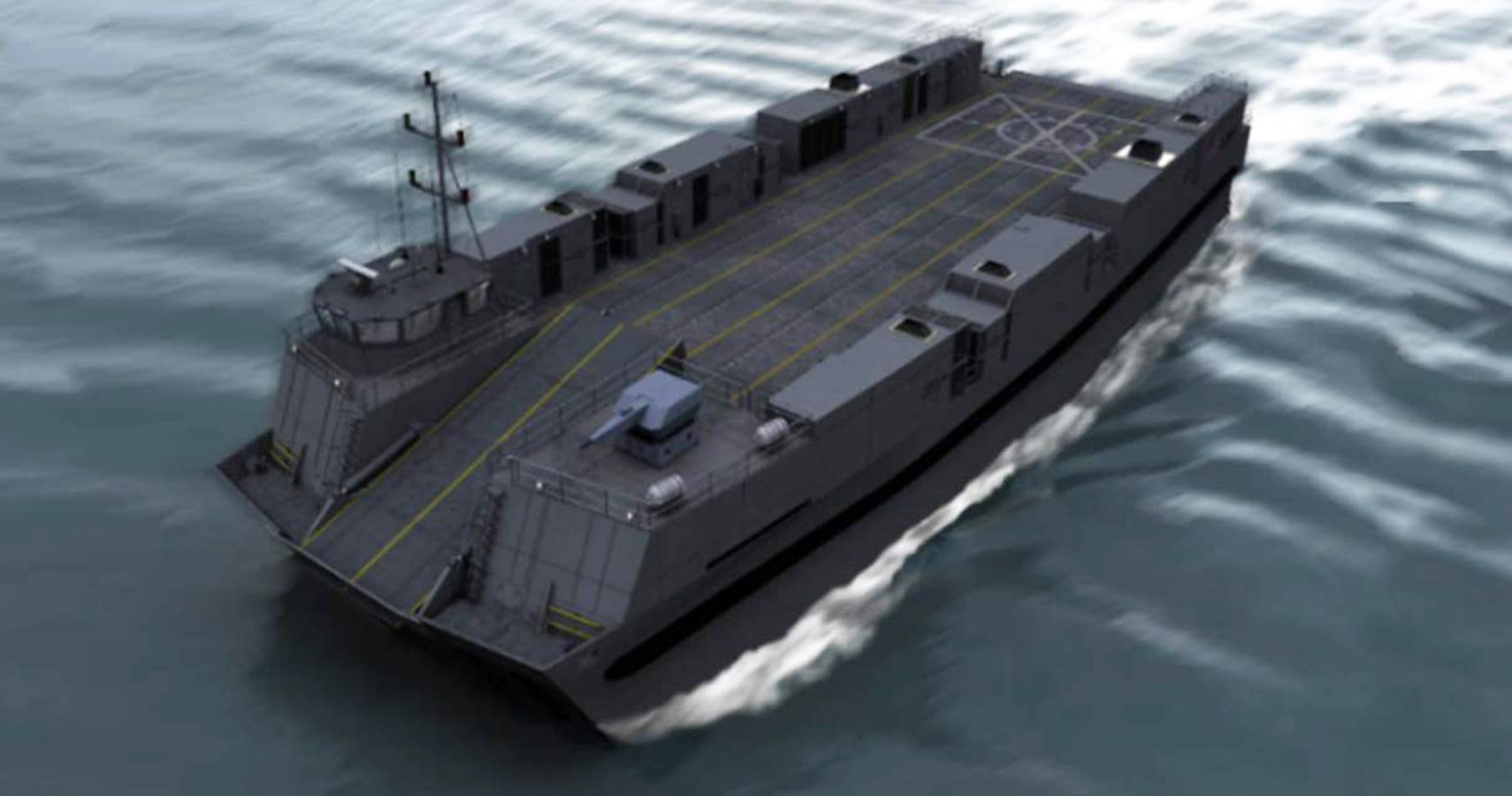 Supply and freight operations are an essential part of military missions at sea and on land. In expeditionary warfare, having the right equipment in the right place at the right time is necessary, and failure to transport them hard and fast could mean mission failure. For such operations, Textron Systems believes it has a better solution than traditional single-hull vessels – the SECAT.

A broadband connection between land and sea

According to Textron, the SECAT is essentially a high-speed, unobtrusive, and resilient connector (between sea and land). The SECAT features an aluminum catamaran hull with soft seals fore and aft. These seals contain airbags between the on-board shells of the SECAT, allowing for reduced resistance when maneuvering at high speeds. This design also makes the SECAT less susceptible to underwater shock waves and sea mines, as well as underwater targeting and torpedoes.

High-speed transport for 500 tons of cargo

Textron used a catamaran design for SECAT to ensure the vessel has high maneuverability, speed and low drag despite carrying heavy loads. According to Textron, the SECAT has the capacity to carry up to 500 tons of cargo while traveling at high speed (50 knots) for 500 nautical miles. This means that the SECAT is able to accomplish its missions even on the high seas.

The modern design of the SECAT allows the craft to perform various functions. As well as being versatile enough to carry a wide range of cargo, the SECAT is capable of transferring rolling stock at sea, unloading/loading ‘dry-footed’ cargo ashore as well as high-speed shallow water operations. and deep.

Other physical characteristics of the SECAT

The single unique computer image of SECAT provides a clue to the capabilities and other characteristics of this freight transport. It has a wide space in the middle, which should allow the SECAT to carry a wide variety of ground heavy armored vehicles such as tanks and armored personnel carriers. It even has a landing site for a helicopter.

The right front part of the SECAT reveals a radar system on top. The front left section, on the other hand, has a defensive autonomous weapon system.

The vehicle offers a 360° situational awareness vision suite to bring video images from outside the ARV.

Julybien Atadero writes from the island of Cebu on a variety of automotive topics, including new sports cars, classic muscles, pickup trucks, and SUVs. While I love peace and quiet, I love playing with my child. When I have nothing else to do, I watch documentaries and animations.