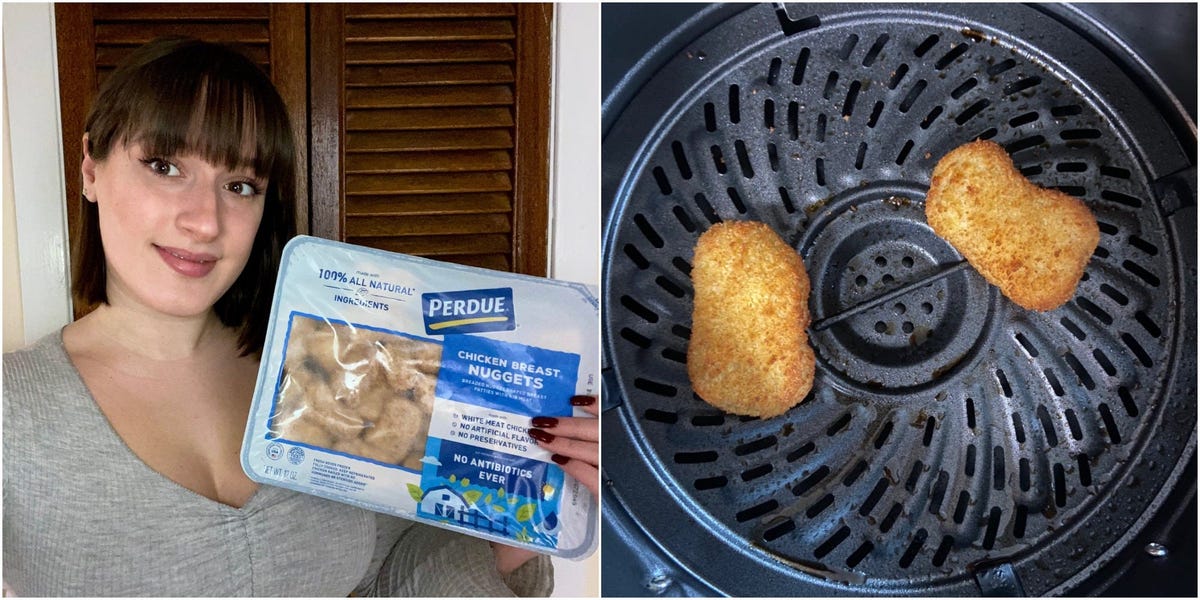 The different methods made the nuggets look similar, but I thought the microwaved ones looked very unappetizing.

In appearance and texture alone, the chicken nuggets looked pretty similar for all cooking methods.

Microwave: The biggest difference was that these chicken nuggets looked like they had shrunk. Although they looked dark in the photos, they were quite pale in person. They were also very soft and the breadcrumbs had a wet, mushy texture.

Toaster Oven: This produced a nugget that seemed a bit firmer. However, the breading was still not crispy. It also had a lighter color than the baked and air fried nuggets.

Convection oven: These nuggets had a more attractive burnished appearance. I don’t know why I was surprised, but they puffed up to create a fluffier end product. They also had a crisp outer shell which I was hoping for.

Air fryer: Much like the nuggets from the oven, these nuggets came out darker, chewier, and crispier than the first two methods. But visually they had the best look. They were golden brown and appeared to be toasted, with a few flecks of darker breadcrumbs. They had the crispiest shell of them all.