Tariff for lighter ships increased by 15% 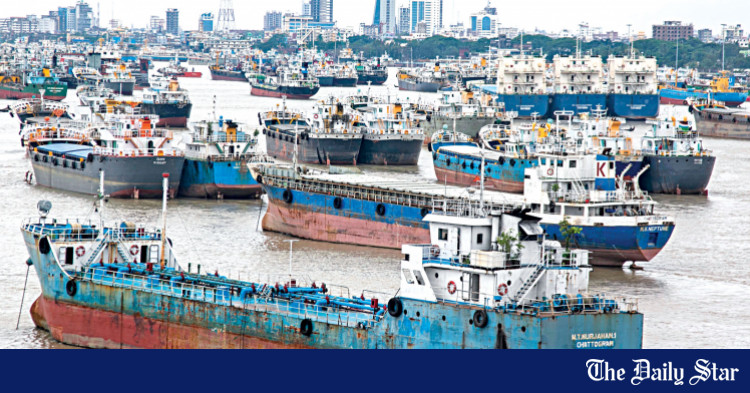 Importers have expressed concern about the higher tariffs imposed by owners of lighter vessels, as it will affect the prices of imported products as well as industrial products.

Importers have expressed concern about the higher tariffs imposed by owners of lighter vessels, as it will affect the prices of imported products as well as industrial products.

Owners of lighter vessels recently announced a 15 per cent increase in the tariff for transporting imported goods on inland waterways due to the recent rise in fuel prices.

The new rates went into effect Nov. 15, according to a circular from the Water Transport Cell (WTC), a private body that coordinates the allocation and schedules of lighter boats.

The WTC coordinates around 1,800 lighter vessels tasked with unloading imported bulk cargoes from mother ships at the outer anchorage of Chittagong Port and transporting the goods to around 40 destinations across the country via inland waterways.

According to the circular, the additional 15% tariff has been added to the existing tariff mentioned in the WTC tariff table for transporting goods from Kutubdia, the outer anchorage of Chittagong port and different ghats of the Karnaphuli river to adapt. to the increase in the price of diesel. .

In addition, a 15% tariff has been added to existing surcharges for transporting corrosive goods such as scrap steel, HR coils, coal, etc., he said.

A WTC official said it would previously cost an average of Tk 415 per ton to transport cement clinker or other raw materials from Chattogram cement plants to Dhaka.

But now the new tariff for transporting these raw materials will be Tk 477 per ton, he added.

About 93% of the country’s total imports are delivered to the port of Chittagong, where about 70% of them are unloaded at the outer anchorage.

In 2020, around 1.47 crore tons of different types of imported cargo were transported using the WTC lighter vessels.

Importers expressed concern about the tariff hike, as it would affect the prices of imported products as well as industrial products.

According to importers, such a tariff hike would add an additional cost of around Tk 75,000 to Tk 1 lakh for a medium-sized vessel, which would increase importers’ costs by more than Tk 100 crore per year.

Abul Bashar Chowdhury, chairman of leading commodity import company BSM Group, said the increase in tariffs following the rise in transport tariffs would increase the overall cost of transporting imported goods and would certainly have an impact on the commodity market ultimately affecting consumers.

Chittagong Chamber of Commerce and Industry President Mahbubul Alam said the WTC could not raise the tariff unilaterally and should have discussed the issue with stakeholders such as importers before taking action. such a decision.