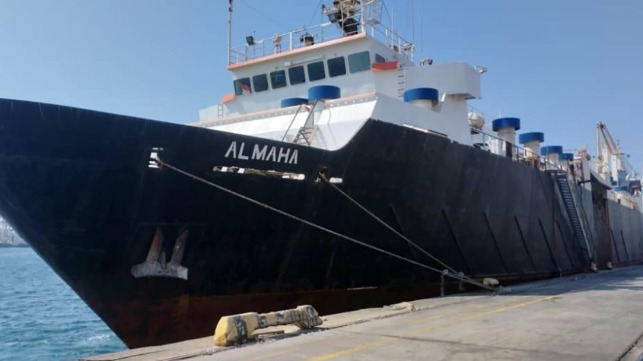 The International Transport Workers’ Federation (ITF) reports another difficult case where seafarers are not being paid and international labor conventions are not being respected. They point the finger at flag States’ failure to comply with the regulations they have adopted and damage to the country’s reputation.

The latest case concerns a rather sketchy vessel registered in Tanzania since 2021. According to the ITF, the owner of this vessel has a history of not paying crew members, but in this case it is an engineer who has been on board the ship for 10 years. years but not paid for the last seven years. They say the engineer can barely get off the ship and, in violation of maritime regulations, is working without a contract.

“The ITF is extremely concerned about Abdul Naser Saleh,” said Mohamed Arrachedi, coordinator of the ITF’s flags of convenience network for the Arab world and Iran. “He couldn’t support his family. He couldn’t even see some of his children. He was treated like a slave. He must be paid his due and allowed to return home. without delay.


They report that Saleh, a Syrian national, signed aboard the ship on September 20, 2021 as an engineer and continues to perform this role to this day. They claim: ‘He was tricked and cajoled by the owners into remaining at his post while other crew members came and went.’

Meanwhile, they report that Saleh rarely left the ship named Al-Maha, a Ro-Ro converted into a freighter and operating as a livestock carrier. The 1,600 dwt vessel is 43 years old and is currently owned, according to the ITF, by Abalkhail Marine Navigation and operates out of Jeddah. Saleh was able to disembark to see his family when the ship stopped in Sudan, but he has not seen any other family who are in Egypt for the past 10 years.

The ITF reports that over the years other crew members have come and gone from the ship. Six Sudanese seafarers were recently fired and paid the two months’ wages owed to them. However, the ITF says there are currently nine other Syrian sailors on board the vessel who have also not been paid since July 2022. They report that other crew members have allegedly taken legal action against company for unpaid wages. According to the ITF, under the maritime labor convention, a ship is technically considered abandoned if the crew has not been paid for more than two months.

Speaking on behalf of seafarers, the ITF reports that it has been in contact with maritime officials in Saudi Arabia and Tanzania. The Saudis have inspected the vessel, which is currently docked in Jeddah, and report that they are investigating. Tanzania responded to the ITF saying it was looking into the matter.

The ITF points out that Tanzania said it was suspending its open register in January 2018 after a series of incidents involving vessels flying its flag. Currently, however, the ITF reports that 11 Tanzanian-registered vessels are banned from various ports under the Paris MoU or along the Atlantic coast of North America. They also point out that the Paris MoU blacklisted port inspectors warning its ships are among the most at risk of failing to meet standards.

The Al-Maha, reports the ITF, however, was re-registered in Tanzania for a four-year period as recently as December 2021. The ITF believes this is a sign that Tanzania is re-registering foreign-owned vessels. They discuss the damage these cases are causing to Tanzania’s reputation and call on the authorities to intervene to enforce the Maritime Labor Convention and protect the rights of seafarers.