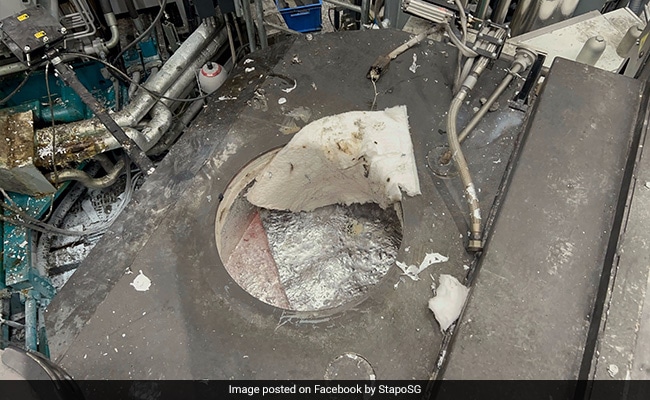 The incident took place in a factory located in St. Gallen.

A man miraculously survived after falling into a vat of molten aluminum at a factory in Switzerland, police say. The temperature inside the ship was 720 degrees Celsius and the electrician fell through an opening in the structure, they added in a Facebook post. The incident happened on Wednesday last week. The 25-year-old was part of a two-member crew who were dispatched to carry out work on the oven, but one of them was struck down by the unfortunate incident.

Police said the man suffered severe burns and injuries in the crash. They also posted a photo of the bathtub where the accident took place. on Facebook.

The young man was working on the oven with his colleague at the time of the incident, according to a report by the UK-based Express.

The plant where the accident occurred is located in St. Gallen, in northeastern Switzerland. His identity has not been revealed.

Police further said on Facebook that the electrician was knee-deep in aluminum but was able to pull himself out.

Emergency services were called to the plant to treat the young man’s injuries and he was airlifted to a local hospital. Despite his severe burns, the electrician is expected to make a full recovery.

Police are currently investigating the incident, trying to find out why.

A 2015 study stated that molten aluminum is “one of the most common burn-causing agents”. About 60% of metal burns can be attributed to aluminum, he added.

Featured Video of the Day