Swedish combat boat 90, both a warrior and a 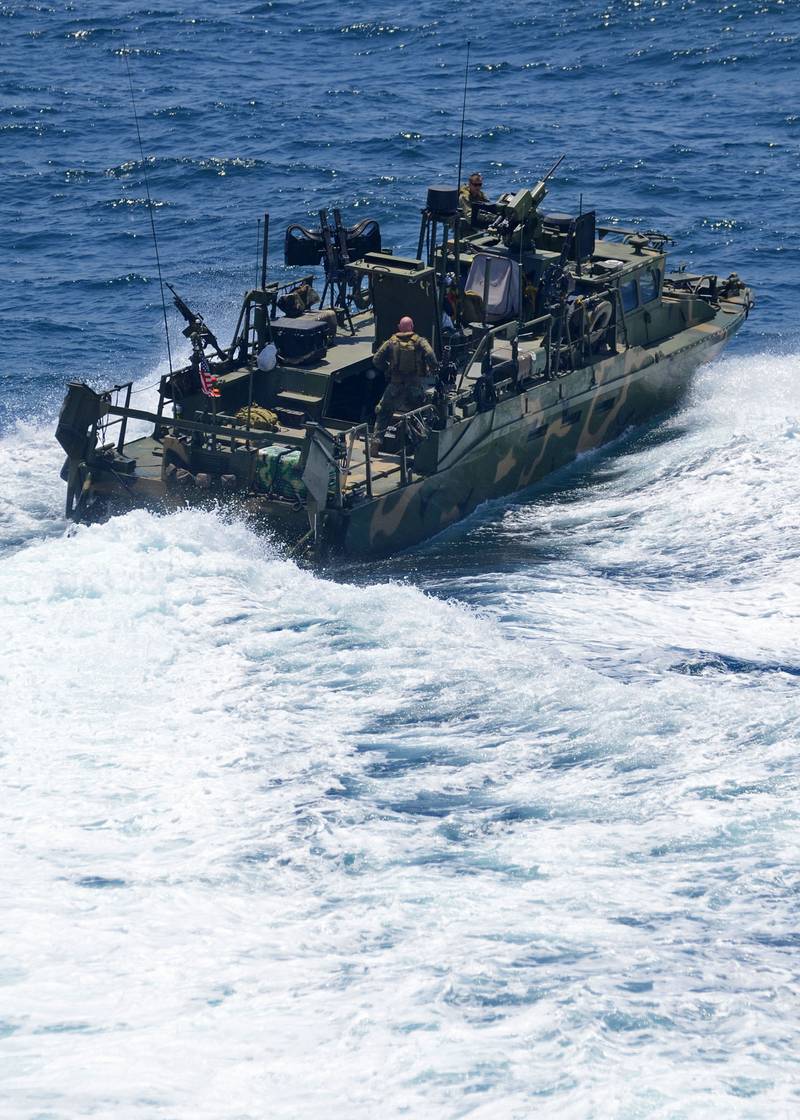 The Swedish-built Combat Boat 90 (CB 90) has established itself with military forces around the world as a warrior and a workhorse. The 52ft boats first entered service in 1991 as troop carriers with the Swedish Marines, who still buy them. Today there are more than 250 in the world.
These rugged boats are optimized for high-speed, shallow-draft operations in and around Sweden’s many coastal islands, but have also proven ideal for a variety of other applications and operating environments.

The CB 90 is 52 feet long, with a draft of just 2 feet 7 inches. The standard displacement is about 17 tons. It’s powered by a pair of 625hp Scania V8 diesels and Kamewa waterjets, so they’re both fast – 40+ knots – and maneuverable. In fact, there are control surfaces in the waterjet tunnels that improve handling.

CB 90s are built at the Dockstavarvet shipyard on the east coast of Sweden. The company was acquired by Saab Defense in 2017. The civil and export version Storebro SB90E is manufactured by Storebro Bruks AB.

The basic version of the troop carrier usually has a crew of three and can carry around 18-20 combat-equipped troops, or carry 4.5 tons of cargo. The CB90 can approach a beach or shore directly and unload personnel via the front ramp. Boats can be transported on larger ships or transportable by land.

Boats can be equipped for water sampling or other environmental protection missions. Boats that will operate in the tropics may have upgraded power systems for air conditioning and fuel cooling.

The Royal Danish Navy operates the SB90E aboard the ASW Absalon-class frigates/flexible support vessels, as well as modified versions capable of operating in and around ice for the Knud Rasmussen class of Arctic Offshore Patrol Vessels, Patrol Vessel .

The United States Navy operated six CB 90s, which they called Riverine Command Boats as part of the Navy Expeditionary Combat Command (NECC). The American boats were built by Safeboat International of Port Orchard, Washington. The heavily armed RCBs were based in Bahrain where they provided high-value ship escort duties, usually operating in pairs.

The American version RCB is equipped with several universal mounts for machine guns or grenade launchers, as well as a mount for remote-controlled small arms (ROSAM). The RCB has a crew of four to eight, which are needed to operate the boat and weapons, but can also carry additional troops. The US version also features an RCB armored cockpit and engine compartment that protects the crew and systems from small arms fire or shrapnel. The US Navy has phased out the RCBs in favor of the larger MK VI patrol boats, which are also being phased out.

Sweden is by far the biggest user with over 200 boats, and the boats are still in production. The latest variant, the Docksta CB 90HSM, is offered by Saab. It features “a robust weapons platform that can include stabilized turntables, smaller missile systems and remote weapon stations like Saab Trackfire”.
According to Saab, fine-tuned engine placement makes the boat more stable, faster and quieter. Saab said the new version has improved speed, handling, attack power and surveillance capabilities.

The Swedish Marines are adept at navigating their CB 90s at high speed in confined waters between the many islands of the archipelago. The naval base at Berga, about 20 miles south of Stockholm, is home to dozens. During recent Archipelago Endeavor exercises, Swedish and US Marines relied on the CB 90 to move around and between the many islands, and used the boats to launch unmanned vehicles.The Combat Boat 90 is fast, maneuverable and capable of operating just off shore. These CB 90s are taking part in the Archipelago Endeavor 2022 exercise in Sweden. (Photo by Edward Lundquist)