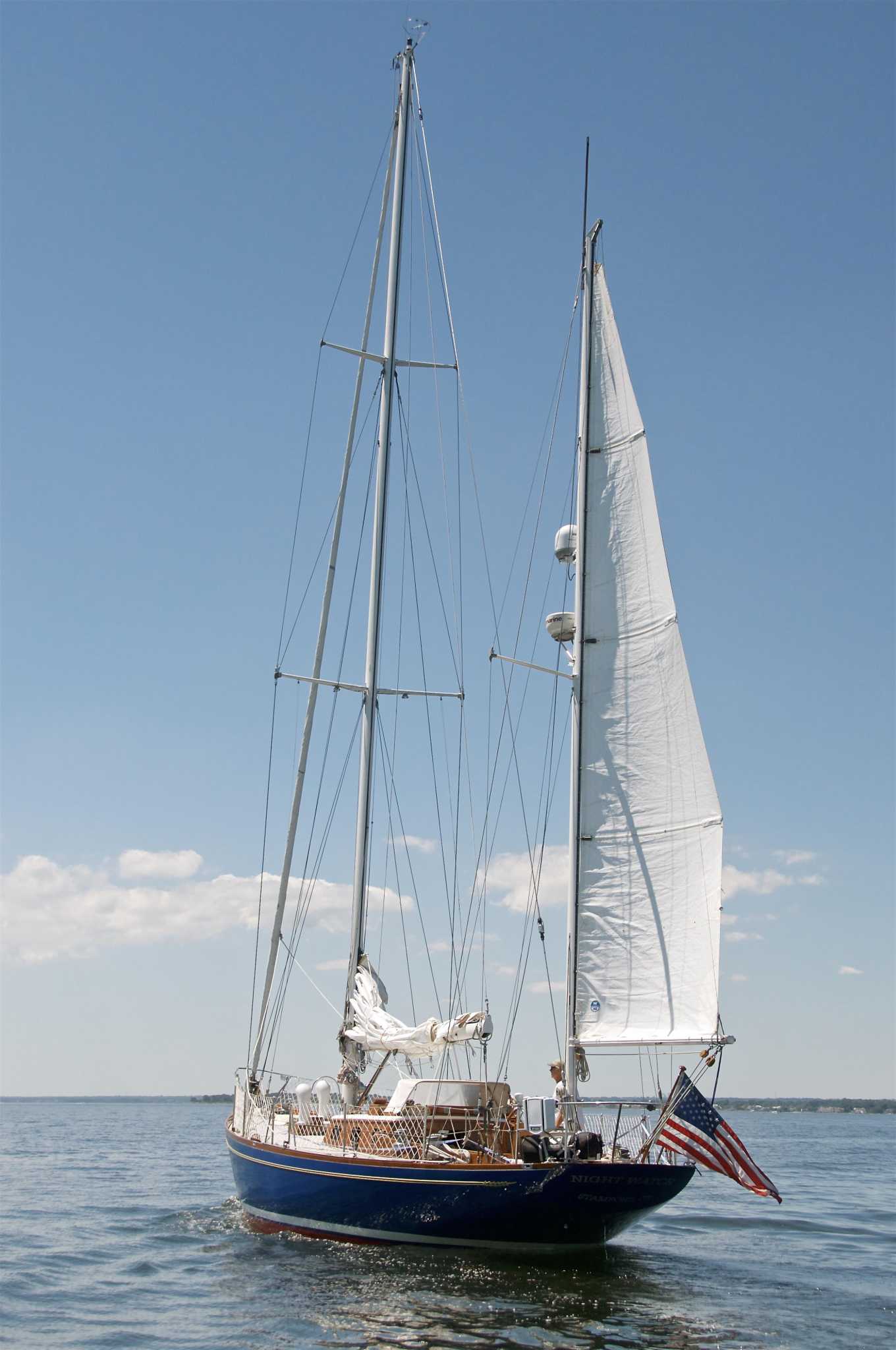 STAMFORD – David Tunick arrived in Stamford Harbor on his sailboat on Wednesday after a voyage of around eight weeks across the Atlantic Ocean.

Tunick had previously sailed his boat, Night Watch, from Connecticut to England about two decades ago. This summer, the 78-year-old brought him back from Spain. On both trips, he traveled alone.

Tunick, a New York art gallery owner who lives in the Shippan neighborhood of Stamford, prepared for his recent trip by seeing a number of medical specialists and even having his gallbladder removed.

Reflecting on his trip, Tunick thought of the line from Charles Dickens’ “A Tale of Two Cities”: “It was the best of times, it was the worst of times.”

“I have never seen such a cascade of equipment failures at one time or another – the generator, the engine, the autopilots, the communication system, the whole electrical system,” said Tunick, who sails offshore for over 40 years. years.

While Tunick said he had hoped to sail from Spain straight to Stamford, he ended up stopping at two ports to carry out repairs. He said he also received advice virtually from his fellow sailors.

“It just came back to me once again how really tight-knit the sailing community is in supporting each other, the people who do this stuff,” he said. “I was in contact with people by email and by text, very, very occasionally by phone. … In the end, I really had a team ashore.

Tunick had planned to leave La Coruña, Spain, at the end of May. But he said Night Watch needed a few more days of work before he was ready to go.

Everything seemed ready to go on June 4.

“I get on the boat, I literally hit the ignition button and the engine won’t start,” Tunick said. “It turned out there was sea water in the engine.”

A week later the problem was solved and Tunick was on his way southwest. As he cruised the shipping lanes along the coast, the winds turned into a gale. His direction got stuck and he said he ended up in northern Spain.

“The boat gets hammered by the waves every few seconds,” Tunick said. “But the boat handles it beautifully.”

About two days later, the tide turned. Tunick eventually made it to Horta on the island of Faial, which is part of the Azores. But her steering again got stuck in port.

In the days when the steering needed repair, Tunick spent time in Horta – a town he described as “one of those legendary ports” for sailors.

On the next leg of his journey, he said he got caught in the Bermuda High, a high-pressure system.

“I couldn’t move the boat because there was no wind,” Tunick said. “I mean the jellyfish were literally swimming past me faster than Night Watch could move.”

Meanwhile, the sun was beating down on his boat.

“It was too hot to go out in the sun during the day,” Tunick said. “So I would go out on deck to do what I had to do every morning just before dawn when there was some light…and the same thing at night just before dusk.”

He said he thought about those times, “Well, if Columbus did it, I can do it.”

Tunick said he lost about 20 pounds on his trip, which he attributed in part to losing his sweet tooth. He had stocked up on chocolate bars, M&Ms and chocolate milk, but he never touched them.

It took about four weeks instead of two as planned, but it finally arrived in Bermuda – with its engine, generator and autopilot systems failing.

Tunick said he invested his “heart, soul and hard-earned money” in his boat for about four years in preparation for his trip.

“But you can’t be sure of everything,” he said. “You just have to be ready when things go wrong.”

After a week in St. George’s, Bermuda, he headed northwest with everything fixed. But then his boat’s batteries began to overcharge. Afraid of a fire, Tunick packed a bag of essentials in case he had to abandon ship.

One day, Tunick was standing at his chart table when an “asynchronous” wave hit the boat, knocking him to the other side of the cabin. He hit a piece of metal and injured his ribs, arm and hand.

When he finally arrived in Stamford Harbor on Wednesday afternoon, members of the Stamford Yacht Club and young sailors were there to meet him.

Tunick recalled that at one point someone handed him a glass of champagne. After drinking it, he went home and fell asleep.

“It was just – I have to say – very emotional for me and very, very happy and a wonderful reception,” Tunick said. “I love the sound of Long Island. I love Stamford. …I love sailing out of here. I love all the places you can go in the Sound. You can be alone, wet alone, go swimming. You can be with other boats. You can be with friends. It’s just awesome.