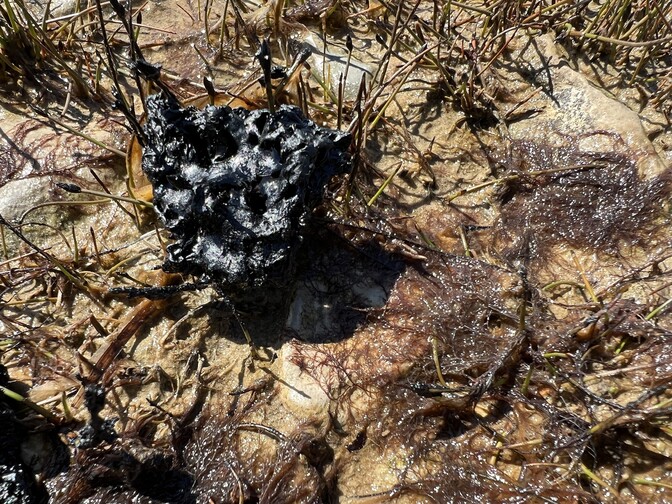 Authorities were told on Sunday that areas on the east coast of Hiiumaa, Estonia’s second-largest island, had been affected by pollution from Mazut, which is believed to have leaked from a sunken ship long ago. Mazut is a low-grade type of fuel oil, commonly used in Soviet times.

Parts of the nearby Vormsi coastline were also affected by the deterioration, AK reported.

The Transport Authority (Transpordiamet) told AK that there are no known wrecks in the area that would have contained Mazut; however, there are in any case numerous sunken ships nearby, AK reported.

The Estonian Maritime Museum (Meremuuseum), Estonian Navy (Merevägi) and the shipping agency itself all have wreck maps available, AK reported, but the potential area where the offending wreck may be is quite large.

Peeter Väling, head of the transport administration’s hydrography department, said: “I made a small-scale observation of the area. If we take the area north of Tahkuna (on the northernmost tip of Hiiumaa – editor’s note.) And Vormsi, we are looking at about 44 wrecks, the furthest of which is about 55 km from Tahkuna.

This information does not shed much light on the situation, however, Väling added, mainly because most of the wrecks would not be from ships that would have never carried mazut anyway.

“It seems to me that none of these wrecks are likely sources of the mazut, because it was not widely used as a marine fuel until the 1950s-1960s, when these wrecks are almost all older than that.”

Whatever the origin, fuel oil can solidify over time, mainly due to low seabed temperatures. While the mazut found on Hiiumaa and Vormsi was mostly in the form of solidified clumps, currents and wind could have carried the pollution over long distances, even under the ice, making the origin even more difficult to determine.

AK reported that a notorious shipwreck, that of the Greek-flagged freighter Volare, which sank in 1980 under suspicious circumstances in Kaugatoma Bay, at the southernmost tip of Saaremaa, can be ruled out on the grounds that it is a long distance from the current pollution area, plus the fuel she was carrying was pumped out of the ship at the time.

Environment Council (Keskonnaamet) director Rainer Vakra told AK on Monday that the pollution likely came from a wreck. Hiiumaa’s board and mayor, Hergo Tasuja (SDE), had already called for volunteers to help with the clean-up process, also on Monday.

Fuel oil is a poor quality heavy fuel oil, sometimes used in power plants and similar applications. It was often used to heat homes in Soviet times, while in the west it is often broken down or mixed to produce diesel.