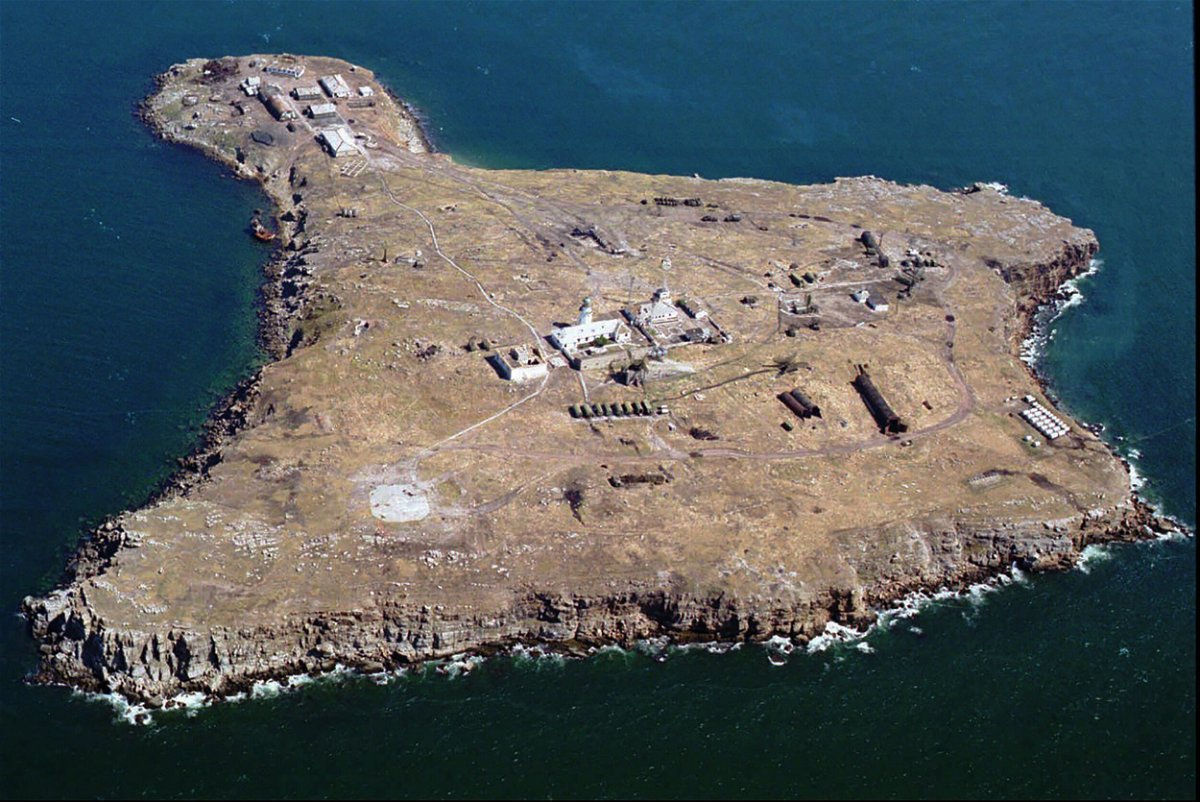 The Ukrainian defenders of Snake Island – all of whom feared death after their defiant response to threats from a Russian warship – are in fact “alive and healthy”, according to the Ukrainian Navy.

All soldiers on the tiny Black Sea island were reportedly killed in an attack on the first day of Russia’s invasion of Ukraine last Thursday.

According to an alleged audio exchange, one of the Ukrainian troops responded to a warning from an approaching Russian ship to lay down its arms or face a bombardment by saying: “Russian warship, fuck you “.

Ukrainian President Volodymyr Zelensky said later Thursday that 13 Snake Island soldiers had all “heroically” died in Russian shelling. But – after Ukraine’s border guard said it had information disputing the deaths – a statement Monday from the country’s navy suggested that was certainly not the case.

According to the navy, soldiers on the island repelled two attacks by Russian forces but were eventually forced to surrender “due to lack of ammunition”.

The statement added that the Russian attackers completely destroyed the island’s infrastructure, including lighthouses, towers and antennas.

Russian state media also showed the arrival of Ukrainian soldiers in Sevastopol, Crimea, where they are being held.

Snake Island, also known as Zmiinyi Island, lies about 48 kilometers off the southern tip of the Ukrainian mainland in the northwest Black Sea. It is about 300 km west of Crimea, the Ukrainian territory that Russia annexed in 2014.

Although it’s only about 46 acres (18 hectares), a report last year by the nonpartisan Atlantic Council think tank called it “key to Ukraine’s maritime territorial claims. ” in the Black Sea.

Underscoring its strategic importance, Zelensky chose Snake Island last year as the location for an interview with Ukrainian media ahead of a summit to try to reverse Russia’s annexation of Crimea, according to the Security Council report. Atlantic.