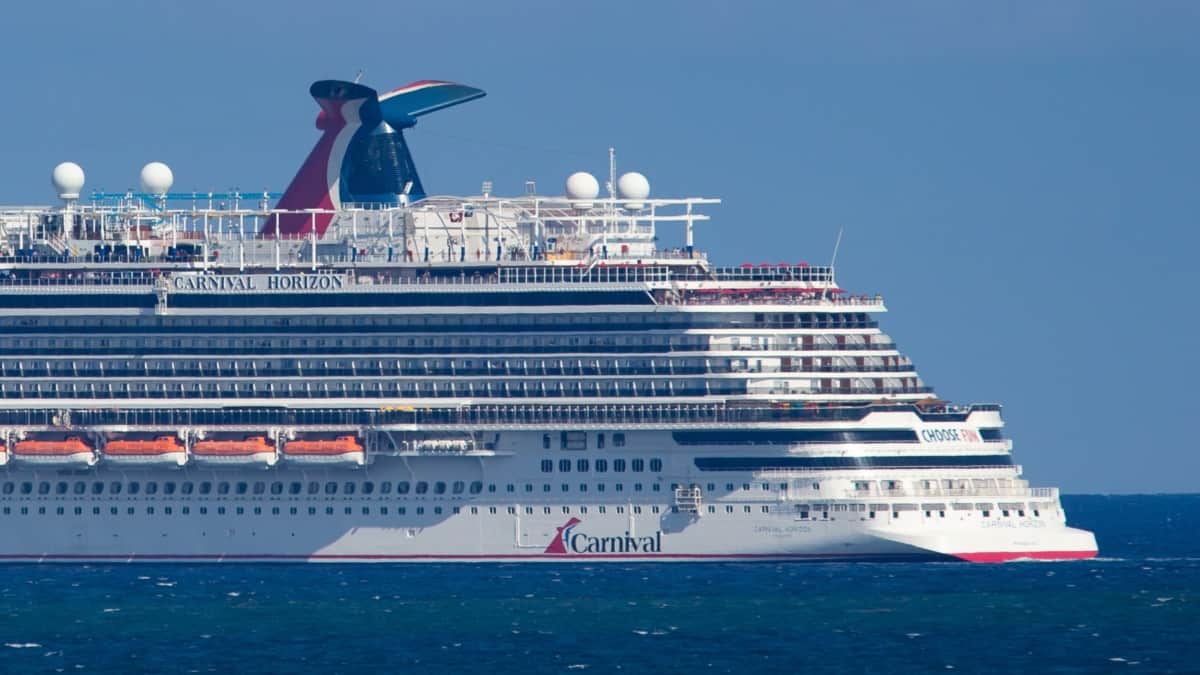 There seems to be no end to the number of rescue operations cruise ships have to undertake this year. Once again, a Carnival Cruise Line ship has been turned around after a small boat was spotted at sea carrying around eight to ten people.

While a cruise ship is bound by maritime law to provide aid and assistance to any ship in distress, the refugees refused help in this case. The incident is part of a series of rescues and rescue attempts this year, many of which involve Carnival ships.

Making its way from Cozumel, Mexicoback in its home port of Miami, guests aboard the Horizon Carnival cruise ship were surprised to find that the ship turned around at sea. The reason was due to a small ship carrying several refugees in the Florida Straits.

Horizon Carnival was sailing northwest of Havana, Cuba, when the small boat was spotted by those on board, prompting the captain to make a maneuver to get closer to the vessel.

As the ship approached, the ship’s crew managed to contact the boat, which refused any help from the cruise ship.

Those on board, presumably refugees trying to get from Cuba to the mainland America, appeared to be in good health, according to reports from the ship. Their boat was also always running by its own power, and there would have been no reason or necessity for Horizon Carnival provide help that was not wanted.

Under maritime law, any ship at sea is bound by law to aid and assist any ship in distress. However, this does not mean that those who appear to be in distress or in a dangerous situation will have to accept this help.

In many cases, refugee boats will want to reach the mainland on their own to avoid the US Coast Guard, which will likely send them back to their home country if possible.

After Horizon Carnival completed a 180-degree maneuver to port and made contact, the 133,596 gross ton Vista-class vessel resumed its course to Miami, where guests will disembark the vessel on October 15.

The ship just completed a cruise that departed PortMiami on Oct. 9, during which it visited Ocho Rios, Jamaica, Georgetown, Grand Cayman and Cozumel, Mexico.

Carnival to the rescue

With hundreds of active cruise ships in the region, it is no surprise that we have seen a significant number of such incidents, such as the one involving Horizon Carnival today.

A little over a month ago, the Carnival Paradise A cruise ship rescued six migrants from a makeshift raft in the Gulf of Mexico. It was already the second rescue of this cruise ship in just a few weeks.

Other incidents include Carnival Sunrise, who saved 12 Cuban refugees which were adrift south of Key West on July 29. Mardi Gras has encountered refugee boats three times already this year, saving 20 people on two occasions and providing food, fuel and water on another.

Mardi GrasCarnival Cruise Line’s newest cruise ship, also carried out several rescues this year, including rescuing twenty Cubans in two separate events and providing fuel, food and water to another boat in January of This year.

More recently it was Horizon Carnival who came to the rescue of seven refugees in the Florida Strait. This encounter occurred on September 12 when guests on board Horizon Carnival were enjoying a day at sea on her six-night Western Caribbean itinerary. After a brief delay to provide assistance, the cruise ship continued on its way.