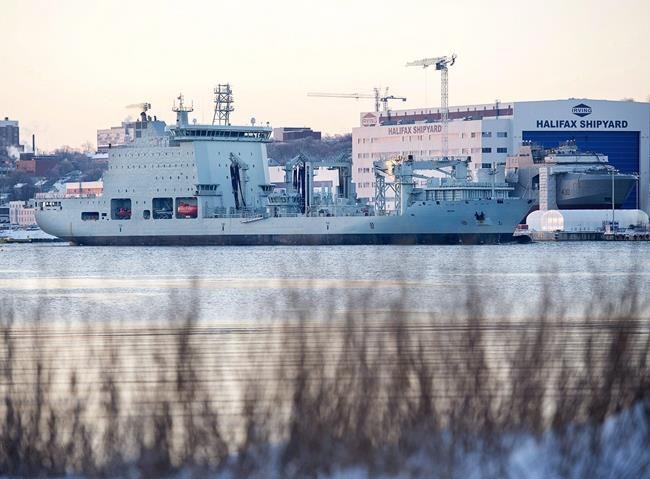 Ottawa is paying an additional $187 million to add two years to its lease of a converted civilian ship that the navy is using as a temporary supply ship while waiting for permanent replacements to finally arrive.

Ottawa is paying an additional $187 million to add two years to its lease of a converted civilian ship that the navy is using as a temporary supply ship while waiting for permanent replacements to finally arrive.

The federal government announced the modified agreement with Quebec shipbuilder Chantier Davie on Friday, months after revealing that the navy will have to wait two more years for the delivery of new support ships.

Officials said in June that the first of two new support ships being built by Seaspan Shipyards in Vancouver would not be delivered until at least 2025 – two years later than the most recent estimate and six years later than originally planned.

Canada has been without a permanent supply ship since 2015, when the navy was forced to retire its two existing vessels ahead of schedule after one caught fire at sea and excessive corrosion was discovered on the other. .

The government initially relied on allies to fill the void before agreeing to lease a converted civilian container ship from Davie named MV Asterix.

The initial five-year lease agreement between Ottawa and Davie for the Asterix was launched in January 2018 and valued at $620 million, before the government added another $70 million in 2020 because it was used more than planned.

The new deal will see the government choose two of the five one-year options that were included in the original contract.

Documents obtained by The Canadian Press in 2020 showed the Navy expects to continue to rely on the Asterix and its allies to help resupply Canadian fleets at sea even after the two Joint Support Ships are built.

Canada originally planned to buy three new naval support ships when it launched the project more than a decade ago, but cost overruns cut the order down to two.

Navy officials continued to indicate that two support ships were not sufficient to meet the long-term needs of the maritime force, as government policy requires the army to be able to operate two fleets. at sea at the same time.

The fear is that the navy will be crippled whenever one of the two so-called Joint Support Ships is out of commission, either for repairs or some other reason.

Parliamentary Budget Officer Yves Giroux estimated in November 2020 that the purchase price of the MV Asterix and another converted container ship from Chantier Davie would be around $1.4 billion.

That compares to about $4.1 billion to build two brand new Joint Support Ships.

But when asked in June whether the government was considering buying the Asterix from Davie, senior officials said no, in part because it was not designed for high-risk environments.

The initial agreement between Davie and the government was at the heart of the failed prosecution of retired Vice Admiral Mark Norman.

The former army second-in-command was accused of leaking cabinet secrets about the lease agreement with Davie, but the breach of trust charge against him was stayed in 2019 when prosecutors in the Crown concluded that they had no reasonable chance of securing a conviction.

The Crown also dropped its related lawsuit in June against a federal official, Matthew Matchett.

The two men had claimed their innocence.

This report from The Canadian Press was first published on August 26, 2022.