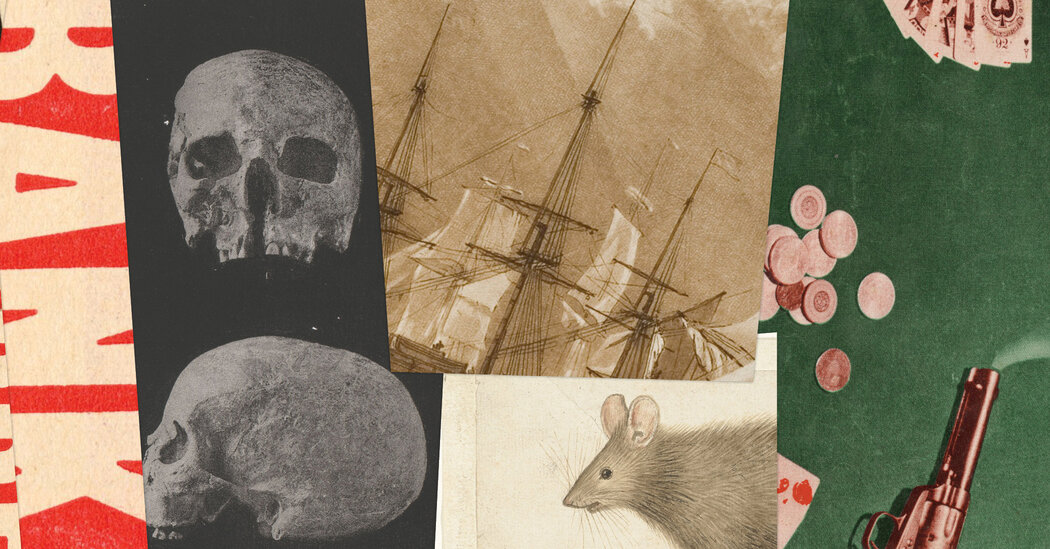 THE HALF ACRE OF HELL

The untold story of the Benders, a family of serial killers on the American border

In the spring of 1873, some 75 men on horseback began traveling the Osage Mission Trail in Kansas, looking for any trace of a local doctor named William York. After several weeks, the search party reached a dilapidated farmhouse that had recently been abandoned by the Bender family.

“The ground is clogged from weeks of relentless bad weather and the smell of rain-soaked wood fills the air,” writes Jonusas. “Below hides a second smell. Like other party members who are Civil War veterans, Leroy Dick knows it’s the smell of death. There were eight bodies buried on the property, some bearing signs of violence. One of them was York.

As Jonusas says, those who ventured west during the 19th century faced countless threats to their lives and physical integrity. “There were a myriad of bizarre accidents to fall from,” she wrote. “People have cut their feet chopping wood, fallen under the feet of angry horses, and maimed themselves with unreliable firearms.” Some froze to death; others succumbed to snakebite, disease or starvation. And a few truly unlucky souls, like York, were lured to the Benders’ squalid cabin in Labette County, Kansas, where they were quickly and horribly sent.

Although the Bender clan is familiar in the annals of serial killer lore, the more sinister details we know about them may be inaccurate, thanks to 19th-century newspaper embellishments. Jonusas, who analyzed archival documents to create this fascinating reconstruction, is particularly good at dismantling some of the most salacious rumors surrounding Bender’s daughter, Kate. Was she a “repulsive-looking young woman” or a “buxom and beautiful peasant”? (The newspapers couldn’t decide; The Times called her “a red-faced, unprepossessing young woman.”) Was she a passive spectator or the one who slit men’s throats?

“Kate’s place at the forefront of family interest is not surprising,” Jonusas concludes. “The mere possibility that she was a violent criminal made her an irresistible talking point.”

200 years of murder, mania and mutiny in the South Pacific

HMS Bounty, long a pop culture legend, disappeared in 1789, when Fletcher Christian and other crewmen overthrew their captain, William Bligh; requisitioned the vessel; and sailed to unknown parts of the South Pacific with their Tahitian wives. Their fate was not discovered until 1808, when the captain of an American merchant ship anchored just off Pitcairn Island heard a local rower speaking “clear and correct English”. In “The Far Land”, travel writer Presser describes his own journey to Pitcairn, which is still populated by descendants of the mutineers.

He arrived in 2018 via several planes and a freighter to a hot and humid island populated by large numbers of Polynesian rats, spiders the size of a human hand and two feuding and intermarrying clans, the Christians and the Warrens – 48 people, all said, who lived in dilapidated houses with no doors, practiced their own version of Adventism and had a sorry penchant for canned meat. Presser later told a friend, “It was like…a trailer park at the end of the world.”

In alternate chapters, Presser juxtaposes a story of the mutineers with the even darker story of Pitcairn’s later inhabitants, particularly the men, who developed a culture of sexual predation of minors that led seven of them to being charged with assault and rape in 2004. By his own admission, Presser “became obsessed with combing through previous chapters of the island’s history in an effort to isolate the pivotal moment that inspired such depravity”. As a result, the book sometimes feels like a bizarre mix of an 18th-century adventure novel and the darkest episode of “Law & Order: Special Victims Unit” imaginable.

Ultimately, the story of what happened on Pitcairn over the years is “the oldest in the book: the ineffable quest to return to paradise,” Presser writes. “We can travel to the furthest corners of the planet, but we are never truly able to escape.”

BLESSED ARE THE BANK ROBBERS

The True Adventures of an Evangelical Outlaw

The Courson family — missionaries, megachurch pastors, religious broadcasters — formed a kind of “golden evangelical Christian hawker” in Southern California in the late 1960s, Smith explains in the first chapter of “Blessed Are the Bank Robbers”. Equal parts true crime, memoir and bank robbery, it’s the story of his cousin Danny, the “Floppy Hat Bandit” and grandson of Courson who, Smith says, “must be within reach of the record American for bank robberies”. .”

Danny, drowning in gambling debts, robbed his first bank in 2006. Soon he hit another, then another. The high endorphin of gambling was quickly supplanted by the high endorphin of committing crimes. “Who would dare walk away from the table in the middle of a hot streak?” Smith writes. “Who would dare leave behind potential millions when the odds have fallen, when fate has chosen a winner?” Danny robbed 19 banks in six weeks before being arrested and sent to prison; when he was released nearly eight years later, he picked up the habit.

When Smith veers away from the main story with chapters like “A Brief History of Bank Robbery in America”, the narrative falls apart. But as soon as he goes back to Les Coursons, and Danny in particular, it starts again. Some of the energy comes from Danny’s lively correspondence – letters posted from prison, emails sent through an encrypted Swiss account while he was on the loose. There’s even text from a PowerPoint created by Danny titled “How to make a living as a serial bank robber” (sample slide: “Dyed silver can be cleaned with brake cleaner and industrial detergent “).

Most interesting is how Smith explores their shared history in search of clues to Danny’s life. At one point, he recalls their families gathering to watch slideshows of swashbuckling missionaries that showcased their fathers’ experiences in places like the jungles of Nicaragua and Honduras. “The seed of Cousin Danny’s bank robbery”, he believes, was probably planted during those long evenings watching “the larger-than-life Courson adventure we were all experiencing”.