September 30 Letters: High gas prices are not just a problem in British Columbia; Doctors are forced to opt out of the health plan 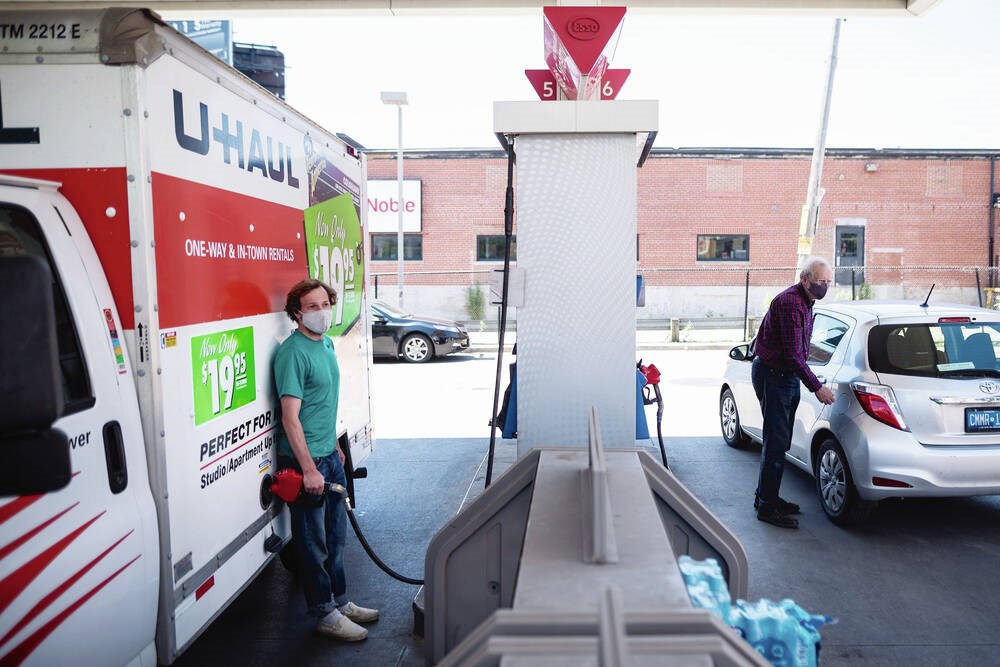 Gas prices are high all along the Pacific coast

We visited old haunts in Los Angeles where we lived in 1991. After a week off the grid, we came back, via the Times Colonistand saw a familiar topic in the letters page – gas prices, where it was noted that in the United States “gas sells for $3.72 [US] a gallon.

Through Washington and Oregon, we paid about US$6 a gallon for 91 octane; in California, far beyond. On Thursday, we left Malibu and ventured into Laurel Canyon, reconnecting with some of our favorite streets and homes, including a charming old spot that Joni Mitchell once called home – still a touchstone, it seems, that when you’re a Canadian in LA

Yet, and disregarding taste, we also drove to Dilling Street in Studio City and parked outside The Brady Group house, like we did 30 years ago in our paneled station wagon, and once again we were laughed at. The house looks the same. We, not so much.

Reassured by the fact that gas prices are up all over the West Coast, we bought dinner, drove home, and I went down our stairs and boogie boarded.

I’m not 30 anymore, this isn’t Tofino, and boarding won’t change what was almost a full $200 Canadian, but it sure helps get the upper hand.

While I share the concern over the implosion of family medicine in Victoria, I strongly disagree with this editorial.

He highlighted two concerns: doctors opting out of MSP and billing patients directly, and the widespread neglect of professional standards at many telehealth companies.

The editorial attributes the former to “an attempt to take advantage of the desperation of patients who cannot find a doctor”. Absolutely wrong.

Family doctors can’t afford to stay in business because of the ridiculous fees MSP pays. They are choosing between closing up shop or treating at least some patients. They feel that the government’s failure to adequately support primary care leaves them with no other option.

If they tried to take advantage of it, they would charge multiple times the listed fees. The same government failures generated more than enough demand.

I am also concerned about the problems with the quality and application of telehealth cited by the editorial. However, the editorial misses the point.

Why have so many family physicians switched to this model of care? Why do they have to cut so many corners? It’s that same low MSP fee.

The editorial gives the impression that family physicians are at the root of the problem. In fact, deliberate missteps by the government forced their hand.

The BC government is responsible for ensuring that health care is available when and where it is needed. We have endured their failure long enough.

First and foremost, it must be established that the current system of administering our health care system is often mislabeled as a monopoly. The appropriate term is a monopsony, which indicates control of the market by a single buyer.

In the economic literature, it is an inefficient system, whatever the sector or the market. Numerous well-researched studies, as well as analysis of different market models in international markets, have shown this inefficiency to be true.

Our system is fundamentally flawed and you can add decades of bad political decisions to it. The editorial cites the College of Physicians and Surgeons website in an attempt to bolster the argument that the doctors specifically mentioned are “lowering” their profession.

Without straying too far down a separate path, college is a big part of the problem in the same way government overreach can be a problem for society at large.

The bureaucracy they contributed to is an important part of the problem at least equal to the cumbersome nature of the MSP. There is no doubt that the Doctors of BC (formerly the BC Medical Association) have contributed greatly.

On the specific question of the clinics’ approach to direct patient billing, I would suggest that they be applauded. They could have simply done what countless others have done and left this area, or become hospitalists to avoid all the headaches and improve their situation.

Instead, they stay in the game. They accept that there will be public debate and, as the author has established, shame and belittlement.

This may be an opportunity to support and learn from the situation. The health system has always had a penchant for pilot studies rather than large projects.

Why not work with clinics to get meaningful data on what it would take to make practices successful at the local level rather than a top-down approach?

My only question regarding this issue: what took so long for this to happen?

Canada must increase its naval capacity

The author has proposed one of many versions of a possible future naval fleet for the Navy. He is right to emphasize the requirement for a balanced fleet, but then he gives an example of a fleet whose maritime capabilities are not balanced.

Maritime coastal defense vessels were built to provide mine clearance capability. If Canada cannot clear the approaches to ports of mines, then no naval or civilian vessels will be able to navigate to or from our ports. This ability must be retained.

The Canadian Arctic is vulnerable to the presence of foreign submarines, and our navy has no capability under the ice. Part of a balanced capability would include both manned and autonomous air-independent submarines.

A significantly increased number of submarines is vital to the defense of Canada. Also, remember that replacing frigates with corvettes significantly reduces the capabilities of our navy.

If Canada is to be a serious member of the western alliance, we must at least double our capabilities, as Australia has done.

As far as the strength of our forces is concerned, a serious country with a population of over 36 million can surely provide the necessary manpower to protect this great country.

We should encourage saving for retirement

Subject: “Give money to those in need,” letter, September 29.

Care costs for the elderly are already very high, and the more the government claws back lower income levels, the more it discourages people from saving for their old age.

As people age, more and more tasks have to be done for them, which costs money and creates jobs. For most seniors, prescription costs also increase as they get older, and not taking necessary medications actually increases health care costs.

Having poorer old people would ultimately lead to higher costs for governments, as they would need direct government subsidies and many would end up in long-term care sooner.

SEND US YOUR LETTERS

• Submissions should not exceed 250 words; subject to editing for length and clarity. Provide your contact details; it will not be published. Avoid sending your letter as an attachment.