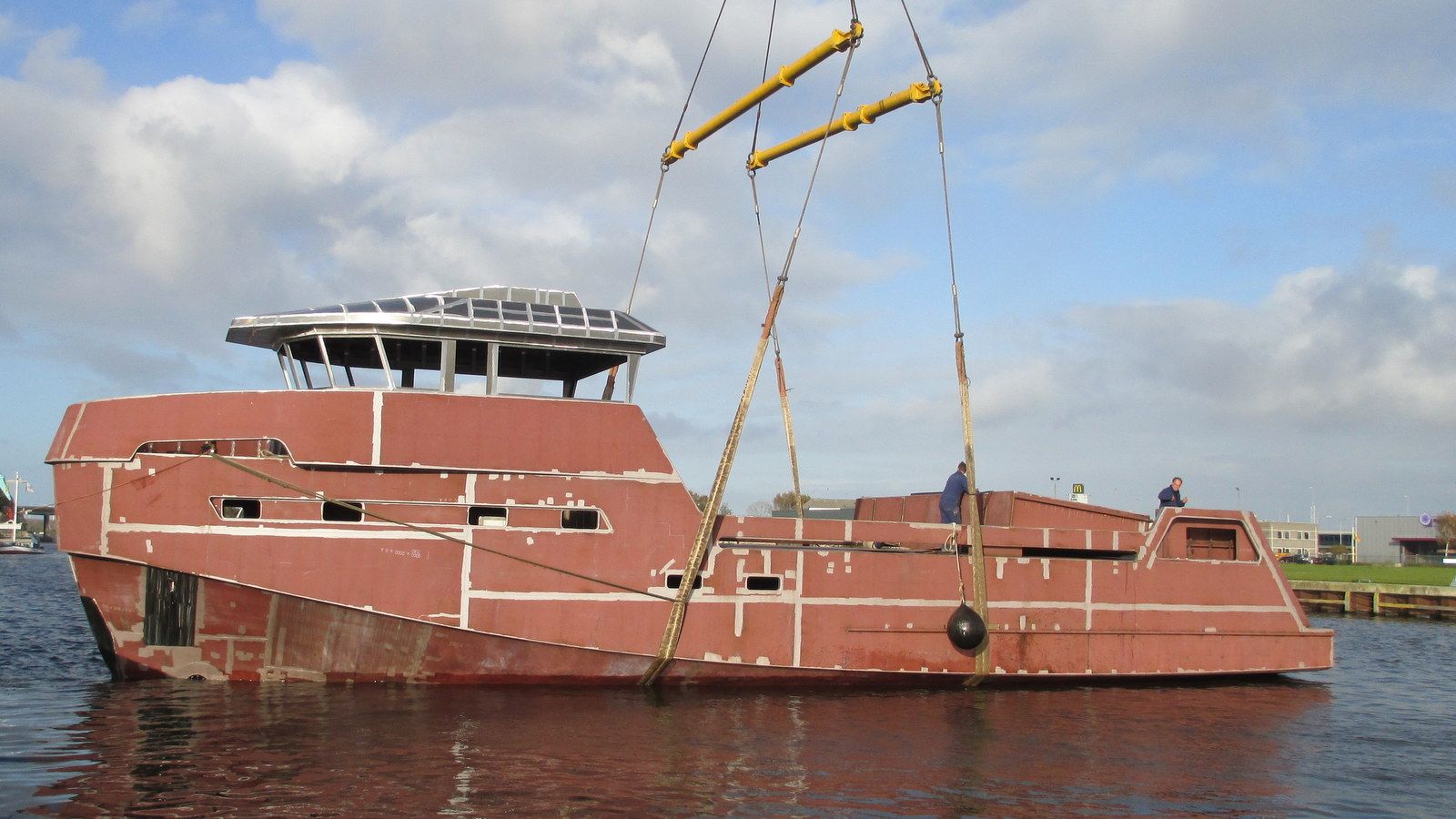 Dutch shipyard Lynx Yachts has released the first integrated photos of the second hull of its YXT 24 series of superyacht support vessels.

Sold in May to an American customer passionate about water sports, this 26.3-meter aluminum vessel will be delivered next summer and exhibited at the Monaco Yacht Show 2018.

The second YXT 24 is built to CE Category A standards

As these new images reveal, the steel hull and aluminum superstructure are largely completed. The yard adds that the owner has visited the Nijerk facility and is satisfied with the progress made so far.

Speaking earlier this year, Filippo Rossi, Director of Sales and Marketing at Lynx Yachts, said: “It has been a pleasure working with this client. His passion for yachting and for the sea is contagious. He knows exactly how he wants to use his YXT and that has helped us tailor the ship for him.

Accommodation on the YXT 24 is provided for four guests and four crew members, and the shipyard has partnered with Darnet Design to create the interiors for this latest version.

Key features include a 75 square meter flexible deck, ideal for transporting superyacht tenders and water toys. On the second YXT 24, this space will be partly used to transport the owner’s Land Rover Defender, allowing him to explore both by land and by sea.

Power comes from a pair of Caterpillar C18 ACERT engines for a top speed of 16 knots and a maximum cruising range of 1,250 nautical miles at 14 knots.

Other projects under development at the Nijerk shipyard include the Lynx Adventure series of compact explorer yachts, the first model of which, the Adventure 32, was recently unveiled. Meanwhile, 32-meter and 36-meter versions of the YXT support vessel series are being offered.