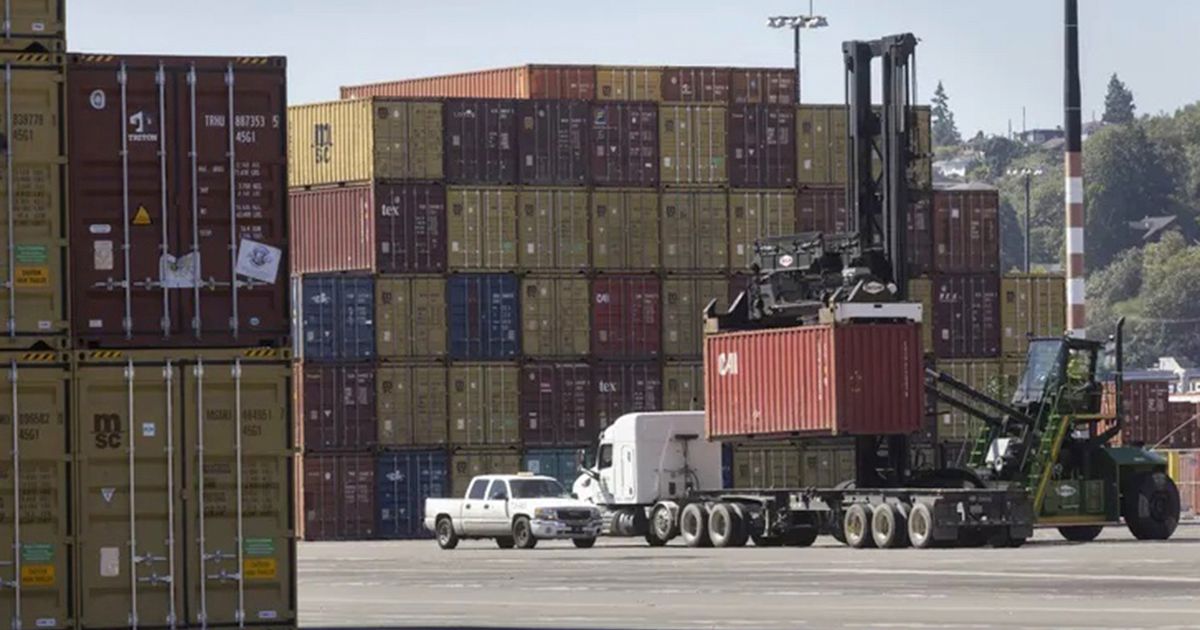 That’s how people usually tell the story, and they’re not entirely wrong. It was a big day for businessman Malcolm McLean, owner of the Ideal X, and the empire he would grow. But earlier versions of the shipping container had passed through Seattle’s docks for a few years.

In 1949, a 35-year-old engineer in Spokane designed a 30-foot aluminum box for barges heading to Alaska. The company he worked for only sold 200, but in 1953 the Alaska Steamship Company routinely hauled its cargo in crates (wood, steel) between The Evergreen State and The Last Frontier.

This week’s magazine article is about container ships and the largely invisible labor on board them, but there is another group of workers behind those port fences who are essential to the operation. : tank tops. Before containerization, the cargo they loaded and unloaded was called “breakbulk”: individual sacks of flour and coffee, pallets of apples, steel beams.

When stevedore Herald Ugles started working the Seattle docks in 1980, he estimates that about half of the cargo loaded was in containers and the other half was breakbulk. “We had apples; Fisher’s Flour Mill on Harbor Island, all bags of bulgur and flour; banana ships; steel ships,” he says. “I threw away a lot of apples and for many years I couldn’t eat apples.”

Now Ugles is president of his local (the International Longshore and Warehouse Union, or ILWU, Local 19), and the job is generally more like 90% containers and 10% other stuff. In 1960, the Port Commission of Seattle saw the containerized future and announced a $32 million facility upgrade, including two container terminals. “They’ve been going after the container market,” Ugles says. “That’s probably why we’re as big as we are at containers.”

These days, Seattle stevedores also get seasonal work on cruise ships. They load and unload passenger baggage and all on-board supplies: food, alcohol, flowers, linens, furniture, accessories for shows, everything. “When it’s cruise season, that’s about 25-30% of our work,” Ugles says, and that’s when “casuals” (part-time workers) can rack up hours to qualify to join. full-time labor pools.

The next technological leap could be automation: AI handling cargo and cranes instead of workers. But Ugles doesn’t seem too worried. “There are always rumors about automation,” he says. “But it requires a lot of land – which we don’t have – and a lot of capital expenditure.”

These giant, automated ports in Denmark and Saudi Arabia, he says, tend to load and unload entire ships – here the work is often more specialized, removing 25% or 40% of the containers from the ship while keeping it balance. Human workers, he says, can stack containers higher than current AI equipment and solve problems – making better and faster use of limited space, getting containers out of the terminal and to their destinations.

“The automation works in large ports with lots of space, but the container turnover or speed per acre isn’t as high,” he says. “It’s all about terminal velocity.”

Brendan Kiley
is an editor for Pacific NW magazine. Contact him at [email protected] or 206-464-2507. On Twitter @brendankiley.