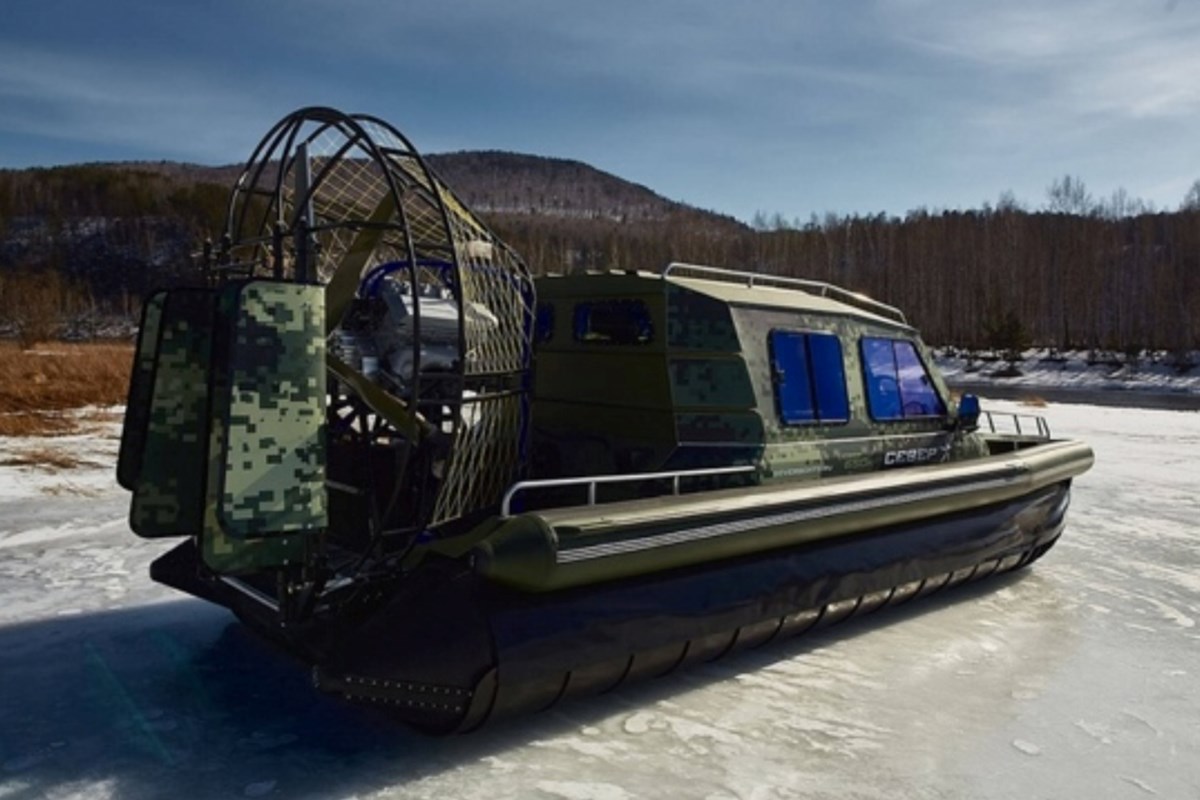 When two snowmobilers died near her home, Christina Wood looked for a way to prevent it from happening again

On a single winter day in 2021, three snowmobilers died in the waters around Midland.

And with two of those sleds, a father and son, dying near her home in Victoria Harbour, Christina Wood knew she had to do something.

With the help of her best friend and one of the first responders at the scene of the crash, the South Georgian Bay Airboat Rescue Committee was formed. The committee aims to raise funds to purchase an all-weather rescue airboat for the area since no local municipality or fire department currently has one.

For Wood, it all started on January 17, 2021, when her husband Chris and their dog Tim were out for a walk.

Chris heard cries for help on the frozen waters of Sturgeon Point. Wood says she was home when she heard her husband yelling at her to call 911 because someone had walked through the ice.

The accident happened a few hundred yards from his home in Victoria Harbor sometime before 6 p.m. She ran to the voices, asked how many were in the water, and told them help was on the way.

“I felt helpless. It was completely dark. There were no stars. No moon. Nothing lights up the sky. The wide. And all I could hear were voices,” Wood explains.

“It was snowing and it was windy,” she recalls that night. “Our spotlights were bouncing off the snow. Firefighters were falling through the ice,” Wood recalled.

As the Tay Fire Department and other first responders quickly responded to the scene, 49-year-old Jereld Bremner and 19-year-old Donny Bremner lost their lives when their snowmobiles ripped through Georgian Bay ice near Sturgeon Point.

That same afternoon, 40-year-old Bill Fournier crossed the ice near Midland Point, leaving behind his wife and their six children.

Each year, an average of 73 people die in snowmobile accidents in Canada. Last year, the Ontario Provincial Police reported 11 deaths in 58 collisions.

Each snowmobile season, the Ontario Provincial Police warns snowmobilers across Ontario about excessive speed, the dangers of thin ice and driving under the influence of drugs and alcohol. Yet 45% of all snowmobile deaths occur on a frozen lake or river.

What became clear after Jereld, Donald Bremner and Bill Fournier made their way through the ice of Georgian Bay is that there are no all-weather airboat rescues in the area.

Now Sarah Bremner, Jereld’s wife and Donald’s mother, and Brie Cudahy, Bill Fournier’s partner, have joined forces with Wood, Sharelle McArthur and Sue Cook to ensure no one else loses their lives in the bay. Georgian.

To say that the past year has been difficult for both families is an understatement.

Recently, another snowmobile death struck near home for Bremner. A friend of her son died Feb. 20 in a snowmobile accident on Six Mile Lake.

When Bremner and Wood kiss for the first time since that last accident, Bremner says, “I needed it. It’s been a tough week. »

For Cudahy, March Break is tough without Bill, but she rejoices in how her kids — all six of them — have supported each other.

“Some days are harder than others,” Cudahy says, “but you keep going. What else can you do?

“With these women, people who didn’t know each other became family,” says Cudahy of the women of the South Georgian Bay Airboat Rescue Committee.

Their common goal — to ensure that no one else is killed in Georgian Bay — is no small feat. The committee did a lot of research and found equipment that could help local first responders achieve this goal over all four seasons with the Sever 650k.

The fact that no township or fire station in the area has an all-weather lifeboat may come as a shock to some.

The current lifeboat available to the Tay Township Fire Department is human-powered, says Tay Fire Chief Shawn Aymer, who was on the scene that night while serving as a deputy.

To illustrate this need, the committee shows video footage that shows what best be described as an inflatable dinghy, called a rapid deployment craft (RDC), which rescuers physically transport to the scene of the accident, dive the open boat in the water, rowing, then pulling people out of the water.

This is a time-consuming process and hypothermia can set in within minutes of falling into freezing water.

“The further you get from shore, the less effective you can be. (The RDC) is human-operated, so with the wind, current and delays involved,” Aymer explains, “the environment was against us,” Wood says as he finishes his sentence.

The committee met when Wood and McArthur asked Aymer how they could help. The answer was that the fire department needed better equipment.

Improving equipment is “something we’ve been talking about for a number of years,” says Aymer. “These are not the first people we have lost on this lake.

“On Lake Simcoe, people might have seen scoots and airboats, so they might assume we have one here, but we don’t.

Cook delivers the committee’s presentation to anyone who wants to listen and says “we hear this from everyone we talk to about it – ‘I thought we had one’.”

To be clear, the Tay Fire Department has a rescue boat, but the RDC is inflatable, human-powered, and open to the elements.

Aymer explains that rescuers are releasing a kit for winter open water rescues to remove clothing and try to counteract the hypothermia that has likely already set in for most.

Twenty percent of people involved in accidents on freezing water succumb to hypothermia on the way back to shore because there is no way to treat them.

“Coming back to land in an open cockpit is very slow, you have no chance,” explains Aymer.

The current boat works for “small lakes and rivers, but not a big lake,” he says.

Cook adds, “That’s what people don’t understand. That’s what we have, it’s better than nothing, but it has its limits.

The kind of boat that would help, the model the committee is raising money to buy: the Sever 650k is fast, has a covered cockpit and it’s heated – all key elements in trying to save someone who falls in open water at the mid-winter where hypothermia can set in within minutes.

“It’s all season, enclosed, heated, with a cabin big enough for eight people, including one person on a backboard, and there’s one available right here in Canada,” Cook says. “It has a lighting system, thermal imaging, a full navigation system – it’s really amazing.

Wood adds, “This ship can be launched anywhere – on snow, grass or sand.”

The committee sees the true value of the craft in the fact that it can be used throughout the bay at any time of the year.

There is a boat available here in Canada, in Saskatchewan. The prize is $207,000 and the committee raised approximately $40,000 through donations and the sale of screen-printed t-shirts and hoodies to support local firefighters and families who lost loved ones on this day. there in January 2021.

When you consider what is lost without an airboat lifeboat, the $200,000 price tag is more than affordable. There is no price for saving a life.

When asked why Wood volunteers this way, the answer is simple.

“I believe everything happens for a reason,” Wood says. “I hope I can help another family and my hometown save another life. I want [firefighters] be safe there. I want them to come home so they can continue to do their jobs and save other lives,” Wood says.

For Cook, as a seasoned boater on Georgian Bay, she explains that she has been in the bay and heard the distress calls on the radio.

“You hear how long it takes before it’s possible to get help,” says Cook. “For me, I’m doing it so no one else loses their life in Georgian Bay.

If you’re looking for a way to help the cause, visit SGBAirboatRescue.com or find them on Instagram and Facebook.