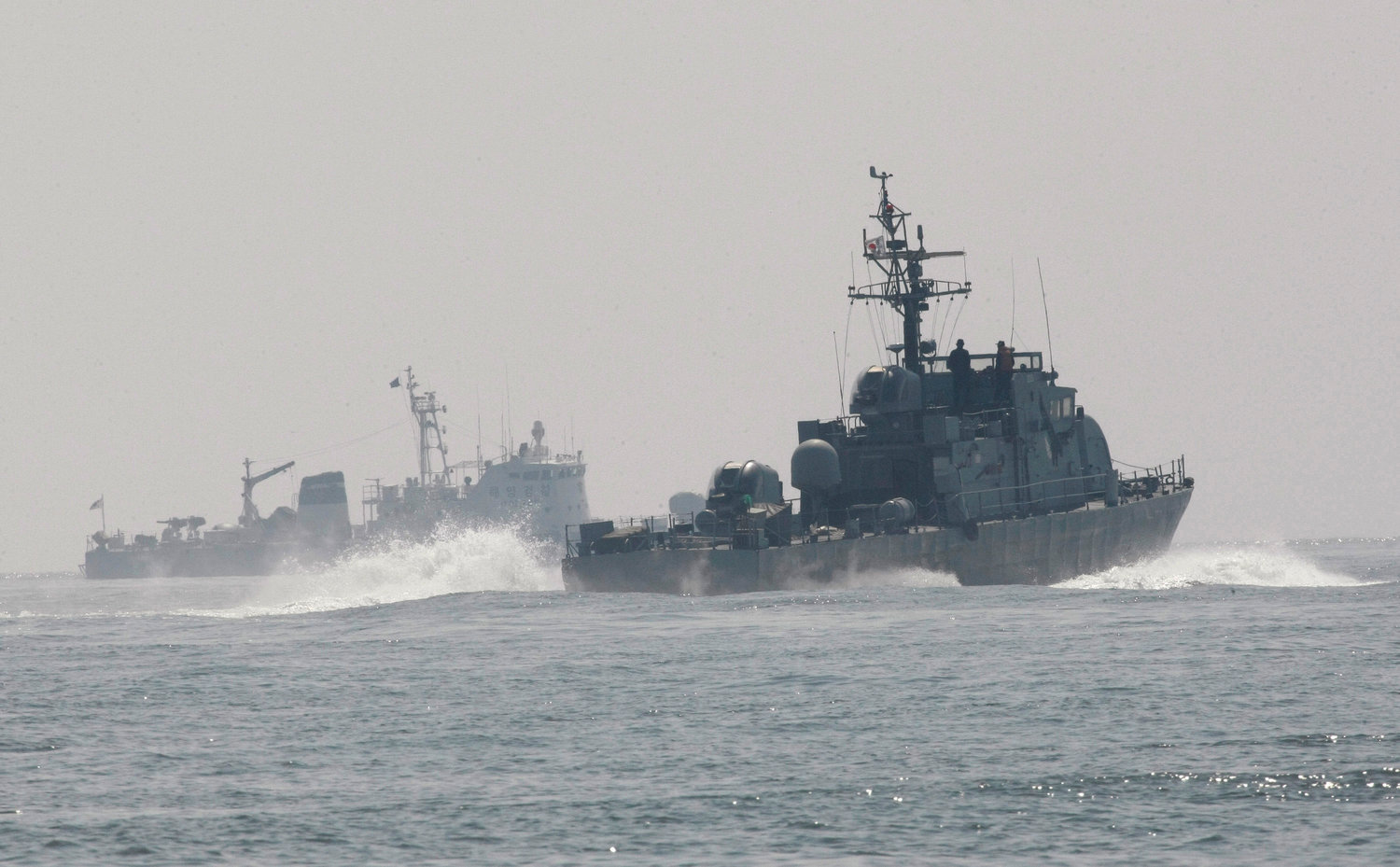 Analysts say it is unclear how long it would take North Korea to restore the site from the nuclear explosions if it intended to do so. The Punggye-ri site in the northeast of the country was used for its sixth and final nuclear test in 2017.

The sighting of construction activity at the site comes amid a diplomatic freeze that has worsened since the failed second Kim-Trump meeting in February 2019, when the Americans rejected North Korean demands for major sanctions relief in exchange for a partial surrender of its nuclear capabilities.

North Korea has used the pause in talks to further expand its military capabilities, including nine rounds of missile launches in 2022 alone. The unusually fast pace indicates an intention to pressure the Biden administration, which has offered open talks but showed no willingness to concede sanctions.

Kim chaired a meeting of the ruling Workers’ Party in January where Politburo members denounced what they said was US hostility and issued a veiled threat to resume testing of nuclear explosives and long-range missiles which Kim unilaterally suspended in 2018 to create diplomatic space with Trump.

Some experts say Kim is reviving an old tightrope playbook to extract concessions from Washington and its neighbors as he grapples with a decaying economy crippled by the pandemic, mismanagement and lingering sanctions. led by the United States.

The new construction at Punggye-ri was first reported in an analysis of Maxar Technologies satellite images by Jeffrey Lewis and Dave Schmerler at the James Martin Center for Nonproliferation Studies at the Middlebury Institute of International Studies.

Planet Labs PBC satellite photos analyzed by The Associated Press on Tuesday showed that two new structures appeared to have been built south of the site between February and early March. These images were taken on March 6, two days after the Maxar images used by Lewis and Schmerler.

Analysts said the construction work was the first activity they have seen at the site since May 2018, when North Korea invited a group of foreign journalists to observe the destruction of tunnels at the site. North Korea then did not invite outside experts capable of certifying what had been destroyed.

“We are seeing very early signs of activity at the new site, including the construction of a new building, the repair of another building and what may be wood and sawdust,” they said. writes Lewis and Schmerler. “North Korea uses a substantial amount of timber at the site both for buildings and to support the tunnels. These changes have only happened in recent days.

This indicates that North Korea has made a decision on the status of the site and may plan to bring it back to a state of readiness to resume nuclear testing, analysts said.

“The test site is months, if not years, away from being ready for North Korea to conduct nuclear explosions there,” they wrote.

“How long it would take for North Korea to resume explosives testing at the site depends on the extent of the damage to the tunnels themselves, which we don’t know for sure. It’s also possible that the North Korea resumes nuclear testing at another location.

Some South Korean analysts have said North Korea may possibly resume nuclear testing in the coming months to move the needle with the Biden administration, which has been concerned about the escalating invasion of Ukraine. by Russia and a regional confrontation with China.

The US intelligence community’s annual threat assessment, released on Tuesday, also warned that there could be another nuclear test by North Korea this year.

“In January, North Korea began laying the groundwork for rising tensions that could include (an intercontinental ballistic missile) or possibly a nuclear test this year – actions that Pyongyang has not taken since 2017,” indicates the rating.

North Korean weapons tested in flight this year include an alleged hypersonic missile designed to evade regional missile defense systems. Some experts say North Korea could use another nuclear test to claim it has acquired the capability to produce a nuclear warhead small enough to fit on this missile.

After North Korea’s latest launch on Saturday, which it said was linked to technologies for a spy satellite it is developing, South Korea’s presidential office revealed that Seoul was keeping a close eye on the site. Punggye-ri as well as other North Korean nuclear and missile facilities.

The South Korean navy has often fired warning shots to fend off North Korean ships crossing the countries’ poorly marked maritime border, but there have also been deadly clashes over the years. South Korea has accused North Korea of ​​attacking a South Korean warship that killed 46 sailors in 2010, but the North has denied responsibility.

South Korea patrolled the waters around the northern boundary line for decades after it was established by UN command at the end of the 1950-1953 Korean War. North Korea does not recognize the line and insists on a border that encroaches deeply on waters currently controlled by the South.

The incident came a day before South Koreans voted in a hotly contested presidential election. The bitter campaign has been marked by clashes between the main candidates over whether South Korea should continue its engagement with North Korea or take a harder line to control its nuclear threat. ___ Gambrell reported from Dubai, United Arab Emirates.