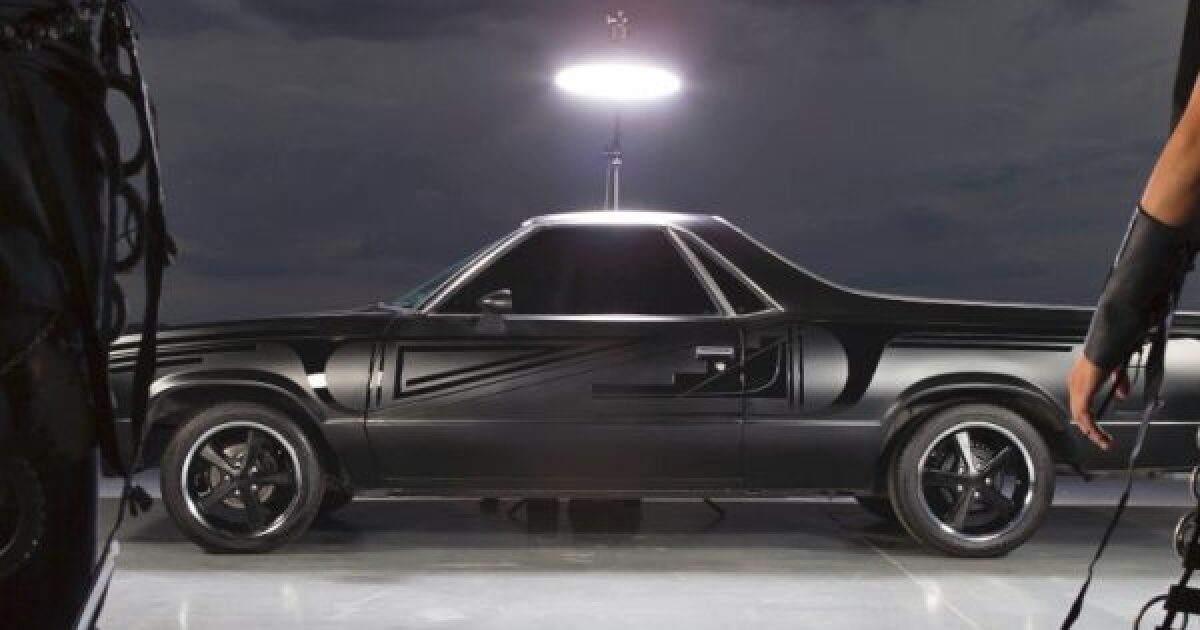 Barbara Mumby-Huerta has long believed that “artists push politics,” as she puts it. The Vice President of Programs and Partnerships at the Native Arts and Cultures Foundation, who is also a visual artist who works in oils and mixed media, has seen this in her own work, both as a artist and in the community.

“Artists are usually the ones who are at the forefront and pushing that envelope, raising awareness about things before the rest of the population,” she says. “Movements start with artists because they are the visionaries and they usually have the courage to put themselves forward” of the issues they see unfolding around them.

Indigenous artists have certainly always done this in their own creative expressions, and continue to do so today, and that’s what she will explore as a guest speaker in the San Diego Museum of Art’s Guest Lecture Series. to be held virtually at 10 a.m. Friday, “Carrying the Spirits of the People: Indigenous Artists Paving the Way for Social Justice.

The Native Arts and Cultures Foundation is a Native-led, non-profit organization that supports and promotes Native arts and culture across the country, including Native Americans, Alaska Natives, and Native Hawaiians. Mumby-Huerta – who is from the Powhatan Confederacy and hails from the Patawomeck, Pamunkey and Mattaponi peoples – previously served as Director of Community Investments for the San Francisco Arts Commission and was a 2019 Open Society Foundation Soros Equality Fellow. . She took the time to talk about the intersection of art and social justice in Indigenous communities and what people can expect to hear at Friday’s event. (This interview has been edited for length and clarity.)

Q: To clear up some of the confusion created by colonization and appropriation, can you tell us what Indigenous art is? And what is it not?

A: Native art is everything stereotypical western contemporary art is. Indigenous artists are very connected to their country of origin, so the themes of storytelling, nurturing ties to place, and the values ​​of reciprocity in how they give back to the community are likely the hallmark or which underlies all the work. Aesthetically, it can be anything from elevating and perpetuating traditional art forms to overturning them and pushing them into a more contemporary and innovative vessel. We have dancers who will do everything from traditional hoop dancing to more contemporary modern dance that has the underlying flavor of indigenous communities. Or, the message supports indigenous communities. I think the stereotype, or the myth, that we’re trying to dispel is something I call aboriginal “pearls and buckskins” art. That’s not what aboriginal art is. It may be, in some ways, but it may look like any other artist; it is usually the driving force of the artist that can be a little different.

Q: What does it mean to carry the spirit of the people, particularly from the point of view of artists from Aboriginal communities?

A: I quoted “carrying the spirit of the people” by Joy Harjo, who is the American Poet Laureate and she is Mvskoke and our Board Chair. It’s something she refers to. We come from long lines of ancestral dreamers and these ideals and visions are carried in our DNA, in our very bones. Artists are the members of our communities who bring these dreams, these ancestral ways of knowing, to life and help us remember, carry on our traditions and move us forward as a people.

Q: Can you share examples of how Indigenous artists have been able to counter the stereotypes and romantic inaccuracies of their cultures, through their work?

A: I will give many examples on the 18th, but I have tried to highlight some of our individuals who are better known. I think one person who really hits all the marks, for me, is Cannupa Hanska Luger. He is a visual artist from four different tribal communities, but probably the most notable is his Standing Rock Sioux descent on his father’s side. He really pushes the boundaries of visual art and merges that intersection with social justice. One of the pieces I’m going to talk about is the “Mirror Shield Project”, which grew out of the protests and occupation of the #NoDAPL movement and water protectors at Standing Rock in 2016. He made a piece of community engagement where people from across the country created these great mirrors, and they had different performance pieces that were used with it. In a way, it sent the image of the colonizer back to them, while people were protesting. He has another very powerful piece that raises awareness for murdered and missing aboriginal women. He hires people who have lost someone and they create these clay beads which he then weaves together in an installation.

Q: How do you see contemporary Indigenous artists “leading the way to social justice”?

A: I think it comes down to artists pushing politics. Often artists and their creativity, the way they are able to articulate an issue or issue, can have more impact than just words. That’s not to say that writers and poets who use words aren’t artists, but I think sometimes the essence of an issue strikes with greater impact through that creative voice and whatever its vehicle. . We have artists that amaze me the most. , are our culture carriers who revitalize, reintroduce or preserve a traditional art form. We have incredible Hawaiian artists doing traditional tapa and tattooing, to East Coast basket weavers working with the black ash trees, which are nearly extinct. In this way, our simple process of creation raises awareness and concerns about environmental issues, because a lot of the materials are unavailable, disappearing or over-supplied, so how can we preserve these things so that culture can continue? It’s the same with language and the poets who work to reintroduce language through their work. These different types of elements that make up culture, which have been borrowed from so many indigenous cultures, that artists are the ones working to bring many aspects of them back to life within our communities.

Q: Part of your biography on the Native Arts and Cultures Foundation website states that you have degrees in fine arts, Native American studies, and museum studies, and that you are a visual artist yourself. What medium(s) do you work in? And have you had any opportunities to use your own art for the kind of social justice work you’ll be talking about on Friday?

A: I work mainly in oil, but I like mixed techniques, so I worked a lot with metals, wood and textiles.

You don’t disconnect from being an artist, no matter what type of position you hold. You bring that creative eye to work, so one of my proudest moments wasn’t necessarily creating work, but curating a project at the San Francisco Arts Commission in 2019. I was able to imagining and implementing the city’s first Native American initiative, which was really sparked by the work I did with the community to remove the statue from the early days [Smithsonian magazine described the statue as “depict(ing) a fallen American Indian cowering at the feet of a Catholic missionary who points to heaven and a Spanish cowboy raising his hand in victory”]. I was able to use my position to really help with community liaison and translating bureaucratic discourse and mobilizing the community around this issue that has impacted everyone for many decades. It was at the right time, with everything going on in the country, that we were able to remove it after a long battle.

I wanted to find a way to continue the conversation because we were faced with so much stereotyping and ignorance during these conversations. What we did was activate the empty base of the statue and bring 150 Aboriginal community members through over a two day period where we did photo shoots with them in organized groups on top of the statue . The clusters were created to show the community how vital Indigenous peoples are. You may not realize these people are indigenous, but they work in your government, they work in your airports, they are everywhere. They are families with children, business owners, lawyers and doctors. It was really powerful to bring all these people together and it inspired several departments across the city, leading to an initiative where there were three different exhibitions of the work that was created. These exhibits included a lecture series and a concert with Buffy Sainte Marie to honor the 50th anniversary of the occupation of Alcatraz. It was very powerful and very empowering, but I think it did a lot to raise awareness and understand who the Aboriginal community is and the nuances of working with the community. For example, how do you approach people with respect? Who are the right people to talk to? How can we do this in a way that doesn’t continue to inflict trauma? How do we work to heal trauma? It was amazing. It was called “The Continuous Thread”.

Q: What do you hope people take away from your conference?

A: I would like them to be inspired and to open up their perspectives on Aboriginal art, who an artist is, and to start educating themselves or to dig deeper into the Aboriginal artistic community because there has a pretty amazing job. To speak with the organizers about it, from the point of view of fairness, to also reflect on the way in which institutions diversify their collections? What does equity look like in their collections? How do they begin to think of native artists on the same level as a Western European artist? I think that’s always a challenge in the art world — what is fine art and what is community art? Is one better than the other? Some people are more community engaged in their work, others are more introverted in their work, and it’s all as varied as the artists themselves, but they’re all of equal value.