Samskip confirms a 90% reduction in CO2 emissions from ships

Samskip has extended its commitment to sustainable biofuels in short sea shipping operations, calculating that it will achieve an additional 45,000 tonnes of CO2 emissions savings before the end of the year. 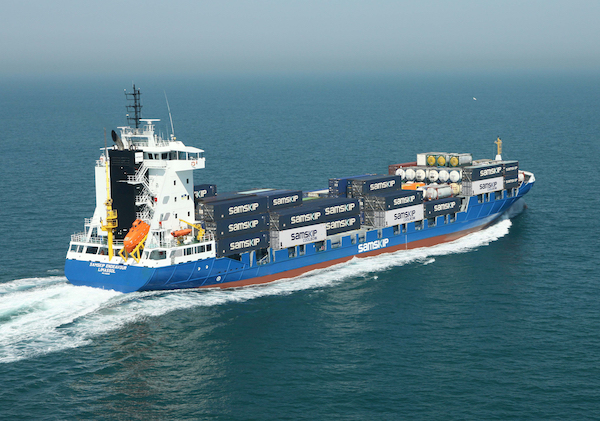 “Sustainable marine biofuels offer Samskip a viable way to reduce CO2 emissions by 90% so that our ships and freight customers reduce their carbon footprint for the benefit of the planet,” said Erik Hofmeester, Head of ship management at Samskip. “It would take the equivalent of 1.7 million trees to offset this amount of CO2 emissions.” 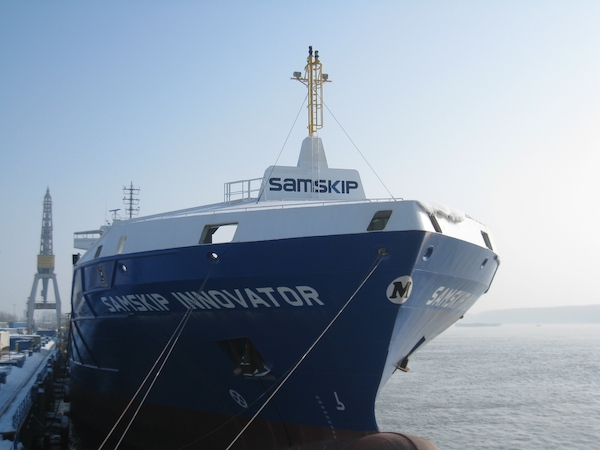 “As part of Samskip’s relationship with GoodFuels, cargo owners are also part of a program where reducing the carbon footprint of the oceans is verifiable as carbon credits in the supply chain,” said added Hofmeester.

After biofuel trials in 2019, Samskip started running main engines on board the 800 TEU Samskip Endeavor on routine services between the Netherlands and Ireland. The company extended terms to include Samskip Innovator on the Netherlands-UK service last year, before adding Samskip Hoffell and Samskip Skatafell on the Iceland-UK-Netherlands route in 2022. bunkering of the four ships takes place in Rotterdam.

Initially using a biofuel blend allowing a 30% reduction in CO2, more competitive prices have enabled Samskip to integrate 100% biofuel from 2021 and achieve the 90% reduction. The IMO has a 2030 target of reducing greenhouse gas emissions from ships by 40%, with a 50% reduction envisaged for 2050, but Samskip has recently set its sights on ‘Net-Zero’ by 2040.

“Verifiable performance is proving to be a key advantage for sustainable marine biofuels as a direct replacement for conventional oils,” said Max Verloop, Head of Marketing at GoodFuels. “Clearly, multiple solutions are needed to decarbonize shipping as a whole, but biofuels are proving their scalability – one of the main challenges facing any low-carbon fuel alternative.”

Hofmeester said biofuel performance had been “excellent, without exception.” Positive cooperation with flag, class and national authorities, ship managers and crews has proven essential in accepting the licensed refueling alternative, he added.

In June, the IMO’s Marine Environment Protection Committee published a new “Unified Interpretation” which makes the first explicit recognition that marine biofuels meet the requirements of MARPOL (the International Convention on Marine Pollution).