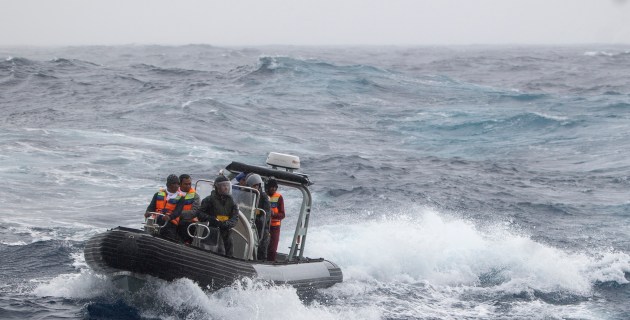 The Royal New Zealand Navy (RNZN) published a Request for Tenders (RFT) on October 21 to replace its Rigid Hull Inflatable Boat (RHIB) fleet. The new boats will replace two types of RHIBs operated by the RNZN and provide an improved Naval Small Craft (NSC) capability over their predecessors.

A total of 26 NSCs will be acquired through a staged delivery process, consisting of six separate batches, ending in 2026/2027. The first batch, of six vessels, is expected to be delivered in late 2023 for training purposes with batches of five being delivered annually now. At the time of publication, the tender is expected to close on January 16, 2023. The New Zealand Ministry of Defense (NZMOD) has allocated 21 million New Zealand dollars (A$18 million) for the program, but they will accept offers higher than this sum.

The vessels will initially be delivered in a standard configuration, however, as part of the RFT, the RNZN requests tenders to provide costed options for a variety of upgrades and modifications. These include an autonomous piloting system, a full ship simulator and the provision of four universal weapon mounts for 7.62mm unitary and multi-barrel weapon systems. A possible series of two-hull “green” ships, which would replace two standard hulls, are also under consideration, but not at the expense of similarity or capability.

Maintaining compatibility with all current RNZN vessels is a key part of the requirement. The hope is that by reducing the number of types in service, it will reduce maintenance, operating and training costs. This necessarily requires that the new generation boat not only fit all RNZNs ships but also a C-130J or C-130H. This limits the maximum length of the vessel to 7.8 meters with a margin of 2.8 meters allocated to the width, with a maximum weight allowance not exceeding 3900 kg.

The RFT does not preclude the possibility of acquiring existing pre-built vessels, however, it mandates the use of commercial off-the-shelf (COTS) design in the event of new construction. Each individual hull should have a lifespan of at least 20 years, although it can be extended.