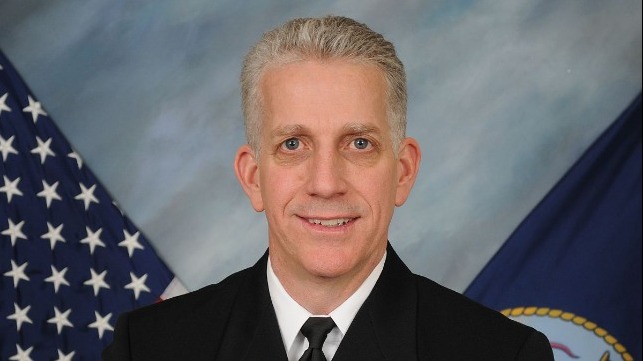 A US Navy rear admiral who was arrested in connection with the Glenn Defense Marine Asia (GDMA) scandal in 2017 will no longer face charges, according to his lawyer.

Rear Admiral Bruce Loveless most recently served as Director of Navy Intelligence Operations at the Pentagon and he retired in 2016. But the charges stemmed from allegations related to an earlier period in his career, when Captain Loveless at the time was Deputy Chief of Intelligence Staff for the U.S. 7th Fleet – a role that tasked him with assessing and countering foreign intelligence threats in the Western Pacific.

In the indictment, prosecutors charged Loveless and eight other senior members of the 7th Fleet with accepting bribes in the form of meals, entertainment, travel, hotel expenses, gifts, money and “prostitute services” from foreign defense contractor Leonard “Fat Leonard”. Glen Francis. In return, according to the prosecution, these personnel assisted Francis in accessing information on the movements of Navy vessels and overloading the Navy for port services such as bunkering and supply. In total, the Navy estimates that Francis’ Glenn Defense Marine Asia (GDMA) overcharged the U.S. government by approximately $36 million.

Prosecutors also accused Loveless of making false statements to an NCIS special agent about whether he had ever received anything of value from Francis or whether someone had already paid for his hotel stays.

Four of Loveless’s co-defendants pleaded guilty to participating in the alleged scheme, and the other four – former US Navy Captains David Newland, James Dolan and David Lausman and former Commander Mario Herrera – were sentenced by a jury in June. However, the jury is deadlocked on the charges against Loveless.

As the court and federal prosecutors considered next steps, Francis — who was a key cooperating witness for the prosecution — fled home confinement and disappeared. Prosecutors asked to have the charges against Loveless dropped, and the judge dismissed the case with prejudice, meaning Loveless cannot be tried again on the same allegations.

The ruling makes Rear Admiral Loveless the only GDMA defendant for whom prosecutors have not obtained a guilty plea or conviction. Of the 33 other people charged in the case, 29 pleaded guilty and four were convicted.

“This is absolutely the correct result based on the complete absence of evidence of foul play presented during the four-month trial,” Loveless’ attorney Tom O’Brien said in a statement.