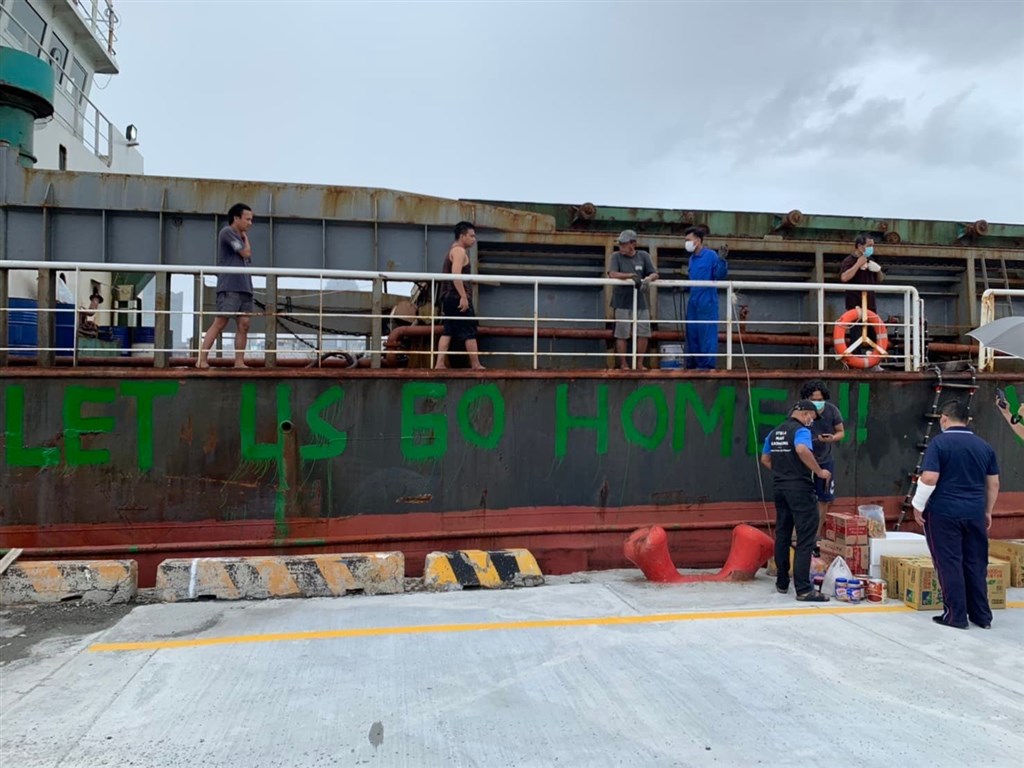 Taipei, Aug. 26 (CNA) An Indonesian priest based in Kaohsiung has urged the Maritime and Port Bureau to allow the repatriation of eight Indonesian sailors stranded on their ship for nearly six months in Kaohsiung port.

The men have not been able to leave their Togo-registered cargo ship since it was towed into Kaohsiung port on February 23 after it lost power days earlier near Taiwan’s territorial waters, said said Stella Maris chaplain, Father Ansensius Guntur, who visited the sailors. ANC Friday.

Indonesia’s representative office in Taipei has offered to pay for their compatriots’ return flights, but the Maritime and Port Office will only let the crew go if a new crew can be sent to Taiwan to operate the ship so that ‘He is not abandoned,’ said the priest.

With the crew not having been paid since February and the owner of the Hong Kong ship not responding to messages, the chances of a crew swap seemed low as the crew had been waiting on board for six months, which which is damaging his mental health, Guntur said. .

“If they are not sent home and if something happens, we will all be responsible for it because we did not prevent it. Their psychological and physical condition is already very bad. For humanitarian reasons, we must send them home,” Guntur said. said.

Fauzan Salihin, the ship’s captain, told CNA in a text message earlier this month that he and his crew needed help returning to their families in Indonesia.

“I have parents, wife and children waiting for me at home. Please can you help me get home because my crew has gone stressed and crazy. Sir, s ‘please, six months already, the owner hasn’t paid us our wages, please help me go home, please, Fauzan begged.

The Maritime and Port Bureau told CNA that it could arrange, with the help of the Indonesian government, to return most seafarers to their homes before a crew swap is complete, leaving about a third of the crew to deal with navigational safety issues.

Sailors rejected the offer, however, as they have no way of choosing who goes home and who stays, Guntur said.

“All want to go home. Who will choose to stay in this business? Nobody wants to stay there anymore because there is no certainty that the shipowner will send a new crew,” Guntur said.

The Maritime and Port Bureau said that if the owner of the ship, listed on the vessel’s registration as a Hong Kong company, continues to ignore communication and crew exchange problems, he will meet with the relevant agencies. to discuss auctioning off the ship to raise funds to help sailors. to be paid.

The office did not say when those discussions would take place.