People in Ukraine run for safety; farmers threatened by the effects of war 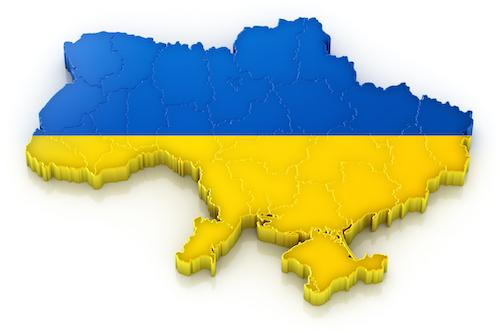 As Russia bombards the Ukrainian capital on Friday, rushing tankers and soldiers towards the overthrow of the government in Kyiv (Kyiv), civilians scatter for shelter, businesses close and public transport is scarce.

Iurii Mykhailov, a Kyiv resident and successful farming contributor, reports from inside the war lines.

Friday morning in the United States, mid-afternoon in Ukraine, Mykhailov said the attack is bringing his fellow citizens to safety.

With reports pointing to Russian shelling somewhere 15 miles northwest of Kiev, the fighting is mostly away from Mykhailov’s downtown apartment.

“At the moment, all public transport in Kyiv is not working. Metro stations on the right bank of the Dnipro river are used as shelters.

“The metro stations on the left bank (where I live) are useless as shelters because the metro line is not underground,” he says.

Mykhailov added: “Most of the time I spend in my apartment. It is advised by the authorities to stay at home and only go out to eat or take drugs. In the event of an alert, I go to the nearest park because it was inadvisable to use the cellars of apartment buildings which are quick to collapse in the event of a direct hit. I try to be calm because there is very little I can change. I watch the news.

No one knows how long Kyiv’s defense will last, he says.

“It can be at any time or for a long time. It seems that Kyiv is well fortified and the young citizens are eager to fight,” says Mykhailov.


Reports indicate that Russia and Ukraine account for 29% of global wheat exports, 19% of global corn exports and 80% of global sunflower oil exports.

On Friday, the CMA CGM Group, a global maritime group based in France, decided to suspend all ship calls to Ukraine from February 24 until further notice.

The same decision was taken by Maersk. The company canceled all ship calls and closed its office in Ukraine, according to Mykhailov.

Global agricultural commodities trader Cargill Inc. said on Thursday the ocean-going vessel it had chartered was ‘hit by a shell’ in the Black Sea, but the ship remained seaworthy and the crew remained safe , reported Mykhailov.

Egypt, the world’s largest wheat importer, on Friday canceled an international wheat tender. Egypt has not received any offers of Russian or Ukrainian wheat, according to Mykhailov.

On Friday, global agricultural commodities trader Bunge Ltd. said it closed the company’s offices in Ukraine and suspended operations at the port of Mykolaiv, the Ukrainian source reported. Bunge competitor Archer-Daniels Midland Co (ADM) said its facilities in Ukraine, including a terminal in Odessa, were not working.


The war between Russia and Ukraine will impact the upcoming spring planting season.

“In two to three weeks, farmers could start the planting season in Ukraine. But the Russian invasion changed everything. Due to military hostilities, there will be major shortages of fuel and fertilizer. There will definitely be a shortage of loans. There may even be a shortage of machine operators due to military casualties etc. says Mykhailov.

As for Ukrainian citizens, those who have small plots of land can grow vegetables and the like.

“Food in cities can be scarce,” he says.

READ MORE: In Ukraine as war rages on