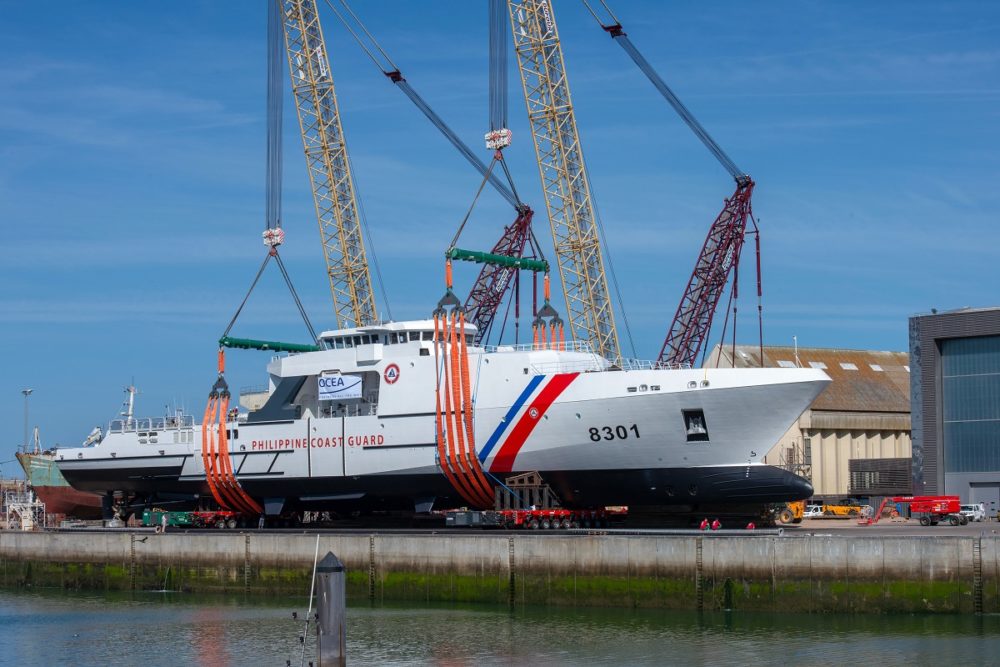 Built under a contract with the Philippine Coast Guard and the Department of Transport (DOTr), the 84-meter (275 ‘) OPV 70 is also the largest ever built at the Sables d’Olonne shipyard . she will be baptized Gabriela Silang when it was handed over to the Philippine government.

According to the OCEA, the new vessel has a range of 8,000 nautical miles at 12 knots, an endurance of 5 weeks and a top speed of 22 knots. The ship will be operated by a crew of 40 with room for 26 passengers and VIPs and 35 survivors.

The product of over three decades of experience, OPV 70 has an expected lifespan of 20 years and will reduce CO emissions2 emissions of over 40 percent, or 20,400 tonnes, both of which are possible mainly due to the intensive use of aluminum in its construction.

The ship is the fifth vessel built under the 2017 contract, after 4 fast patrol boats commissioned last year and currently on patrol in Philippine waters. It is designed to conduct a variety of maritime safety and security missions in and around the archipelagos of the Philippines. Its diesel-electric engines optimize fuel consumption while reducing CO emissions2 emissions and maintenance costs.

The OPV 70 is the latest of several vessels built by OCEA, which specializes in aluminum hull vessels. OCEA notes the positive attributes of aluminum in shipbuilding, including the high strength-to-weight ratio of aluminum and its resistance to rust and corrosion compared to steel.