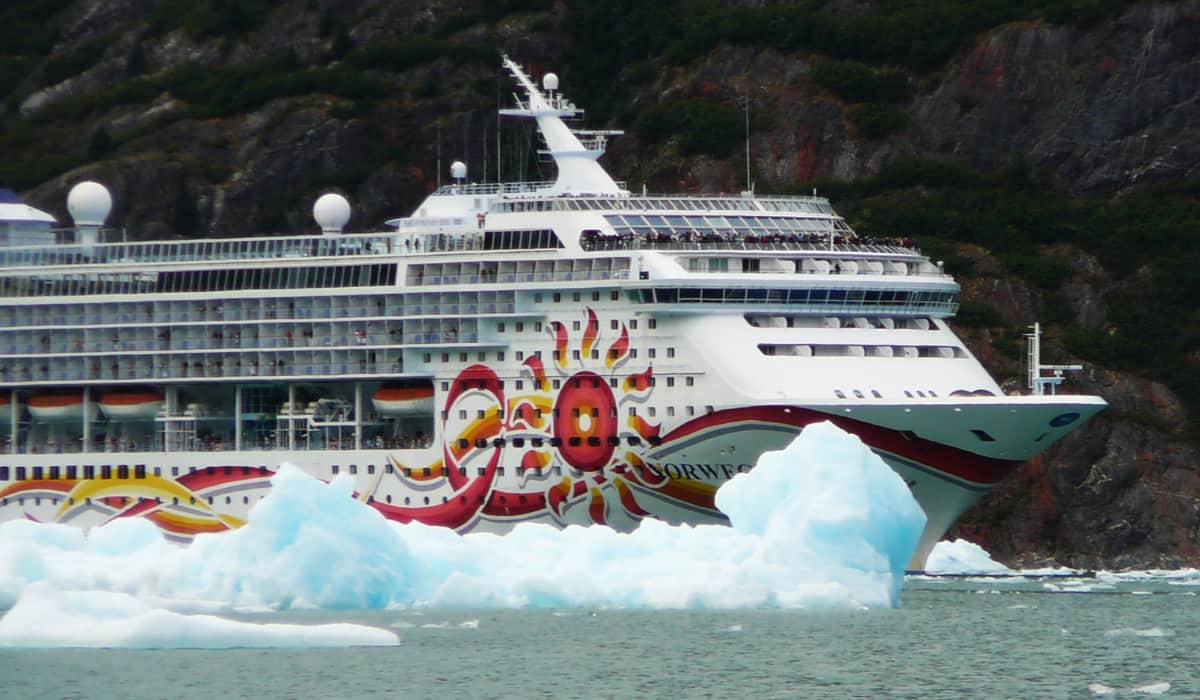 After the norwegian sun cruise ship hit a small iceberg during its trip to Alaska, the cruise line decided to cancel the remainder of the current cruise. However, all guests remain on board and the ship returns home to Seattle, Washington.

After hitting a small iceberg during the transition to the Hubbard Glacier on Saturday June 25, Norwegian Cruise Line informed passengers on board that the current voyage has now been cancelled. The ship’s captain announced Monday while the vessel was docked in Juneau, Alaska.

A letter was also sent to all guests by the captain of the ship, which read: “As you may have heard in my previous announcement, out of an abundance of caution, we have made the decision to cancel the remainder of Norwegian Sun’s voyage from June 21, 2022. As such, we will depart from Juneau (today 2:25 p.m. today) and return directly to Seattle.

norwegian sun left the dock in Juneau around 2:15 p.m. and will return directly to Seattle, Washington, at reduced speed and is expected to arrive Thursday morning.

The ship arrived in Juneau on Sunday June 26, a day earlier than originally planned. The ship was scheduled to make a scheduled port call at Skagway on June 26, but that port call was cancelled.

Also Read: Ideal Things To Do In Juneau, Alaska

Instead, the ship sailed to Juneau so divers could assess any damage after the ship struck the iceberg. Norwegian Cruise Line has not detailed any damages at this time.

Guests were allowed to disembark on Sunday evening after the ship docked. To the surprise of guests, the cruise line didn’t let anyone disembark on Monday.

A passenger told Cruise Hive, “We were supposed to be able to disembark the ship this morning at 8am, but it is now 10.06am and we are still waiting for the chance to get off. We’re supposed to get in a helicopter to go dog sledding at 10:30am, but that seems unlikely at this point.

“Everyone is angry because the last time we heard from the captain was at 8:45 a.m. saying we could disembark at 9:30 a.m. But they still haven’t opened the doors. We’re held up on the boat and people become so angry. We saved for years for this trip and Norwegian ruined everything for our family,” guest added.

Due to the cancellation, scheduled stops in Ketchikan on June 28 and Victoria, BC on June 29 will no longer operate.

In an updated statement to Cruise Hive, Norwegian Cruise Line said: “On June 25, 2022, while transiting the Hubbard Glacier in Alaska, the Norwegian Sun was engulfed in heavy fog, limiting visibility and causing the ship to contact a growler. The ship sailed to Juneau, Alaska for further assessment, where it was decided that the current voyage would be shortened.

“The vessel has received clearance from the US Coast Guard and other local maritime authorities to return to Seattle at reduced speed. All guests currently on board will disembark in Seattle as originally scheduled. We communicate directly with all affected customers.

Guests will receive a refund

With the remainder of the trip now cancelled, passengers are receiving compensation. Norwegian Cruise Line is offering a 100% full refund, excluding BookSafe Travel Protection. Guests will also receive a 100% future cruise credit to compensate for the unfortunate incident.

The refund will be automatically processed within five business days and returned within seven to ten business days from the date of processing. If travel was booked using a previous Future Cruise Credit, this will also be reapplied to the Latitudes account.

The unexpected cancellation is due to the norwegian sun come into contact with a growler on Saturday while traveling to the Hubbard Glacier in Alaska.

According to National Ocean Service, Growlers are smaller pieces of ice the size of a truck or a piano. They usually extend no more than three feet above the water.

Norwegian Cruise Line initially told Cruise Hive, “On June 25, 2022, while transiting the Hubbard Glacier in Alaska, the Norwegian Sun was engulfed in heavy fog, limiting visibility and causing the ship to contact a growler. The vessel remains fully operational and is currently en route to Juneau, Alaska for evaluation. Additional information will be provided as needed.

In this case, the cruise ship operated by Norwegian Cruise Line was sailing in heavy fog and struck a growler. Guests on board reported sudden shaking; some even captured the moment on video.

Even from contact, the ship is sailing at reduced speed. The good news is that there were no injuries and all services on board remain fully operational.

The Norwegian cruise ship was on a nine-night voyage departing Seattle, Washingtonon June 21, 2022. The ship is scheduled to depart for another Alaskan voyage on June 30, but it is a much shorter five-night trip with a stopover in Ketchikan and Victoria.