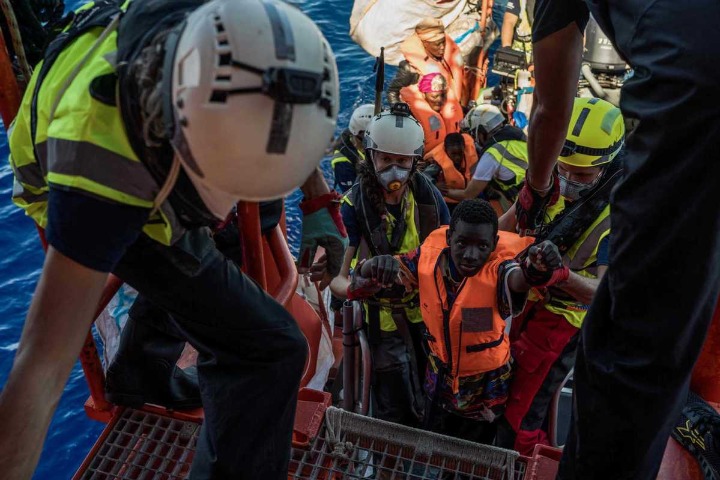 Norway will accept some of the migrants rescued by the charity ship Ocean Viking which docked in France after Italy denied access to its ports last month.

Although not a member of the European Union, Norway has made an exception to help France, a spokeswoman for the ministry told the press service of Agence France-Presse, or AFP, in an e -mail.

“We would like to emphasize that Norway has no responsibility to bring any of these migrants to Norway. The government has taken this extraordinary decision in response to a request received from France to help in a difficult situation,” said she declared.

The ministry noted that those accepted had “a high probability of meeting the criteria for refugee status” and that “unaccompanied minor asylum seekers are excluded from the transfer, in order to avoid encouraging this particular migration”.

Although it flies the Norwegian flag, the Ocean Viking is operated by a French non-governmental organization. After rescuing 234 migrants near the Libyan coast last month, the charity ship spent several weeks requesting a place of safety for the group which included many women and children.

For several days he pleaded with Italy to accept them, before moving on and finally being allowed to dock in the French port of Toulon earlier this month. The French government called the acceptance an “exceptional” decision.

Agency reports indicate that around 40 children have been placed in French social services and 189 adults have been taken to a treatment centre.

The French Interior Ministry said on Friday that 123 of the adults were unable to prove their asylum claim and had been refused entry. It is from this number that Norway has taken 20, with another 66 to be sent to 11 other EU member states, while the fate of the rest is unclear.

The case is said to have heightened tensions between France and Italy’s new right-wing government led by Prime Minister Giorgia Meloni.

Rome would push for a mandatory voluntary migrant acceptance scheme for all EU members and criticized insufficient relocations under an existing burden-sharing agreement in the EU.

Italy ends up taking in more migrants than its EU neighbors because international maritime law stipulates that any ship in distress must have access to the nearest port. But Italy has said charity ships flying the flag of other states should look to those countries for help.

Migrant landings in Italy have increased this year, with almost 93,000 people arriving so far, compared to 59,300 in the same period last year. Ships flying the flags of other states rescued around 15% of those people, reports said.