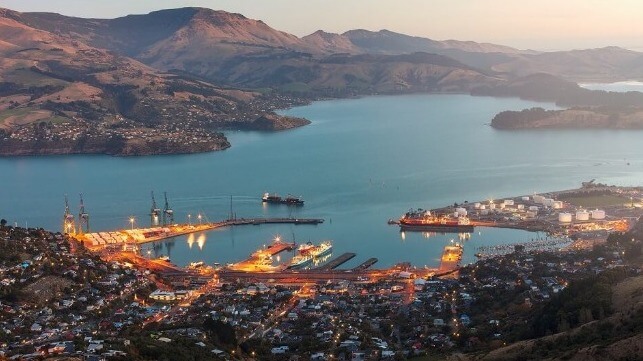 A longshoreman was killed in the port of Lyttelton, New Zealand, on Sunday, marking the second death ashore in the small island nation in the space of a week.

The accident occurred on board the bulk carrier ETG Aquarius at Cashin Quay in Lyttelton. The worker was employed by the Lyttelton Port Company (LPC), which confirmed the accident in a brief statement.

“Unfortunately, an LPC staff member died while the ship was loaded with coal for export,” said LPC CEO Kirstie Gardener. “Our focus at this time is to support our staff and the family of our LPC team member during this tragic time.”

Last Tuesday, another longshoreman died in an accident at the ports of Auckland, on New Zealand’s North Island. Atiroa Tuaiti, 26, an employee of Wallace Investments, was killed aboard the boxship Captain Tasman when he fell.

“We have had a terrible record in the industry in recent years,” Maritime Union National Secretary Craig Harrison told Radio New Zealand. “It’s not a big industry and if you compare us to the Australian steel and mining industries, which have much larger volumes and nowhere the fatalities or damages that we seem to be facing, we can’t do this every week. – we should ‘I don’t at all.’

New Zealand Labor Minister Michael Wood plans to launch a nationwide port security inquiry. He told RNZ that previous discussions with industry had highlighted two factors: fatigue and the use of heavy machinery in freight operations.

A 2021 review of security at Auckland’s ports found “systemic” issues with security management and security culture, and the port’s CEO resigned after the results were published. Auckland has seen four fatal port accidents since 2017, including a high-profile incident in which a swimmer was hit by a speeding pilot boat.